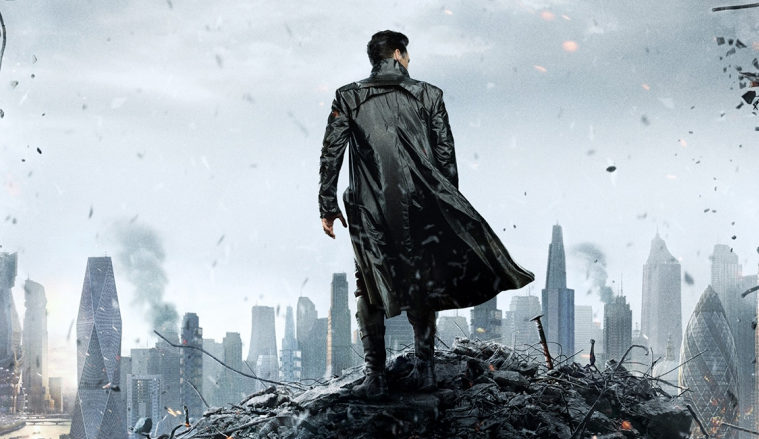 With the first nine minutes attached to The Hobbit: An Unexpected Journey‘s IMAX showings, and a one-minute trailer attached to the other showings, J.J. Abrams‘ sequel Star Trek Into Darkness will finally be unveiled soon, but before that Paramount has the first theatrical poster.

Taking a familiar design as seen in everything from The Dark Knight to Inception to even Battle: Los Angeles, this one sees our undisclosed villain (played by Benedict Cumberbatch) stand alone across a destroyed city. I do like how one can see the Starfleet insignia symbol etched out from the rubble around him and one can check it out below, along with a motion version the official site. When the crew of the Enterprise is called back home, they find an unstoppable force of terror from within their own organization has detonated the fleet and everything it stands for, leaving our world in a state of crisis.

With a personal score to settle, Captain Kirk leads a manhunt to a war-zone world to capture a one man weapon of mass destruction.

As our heroes are propelled into an epic chess game of life and death, love will be challenged, friendships will be torn apart, and sacrifices must be made for the only family Kirk has left: his crew.