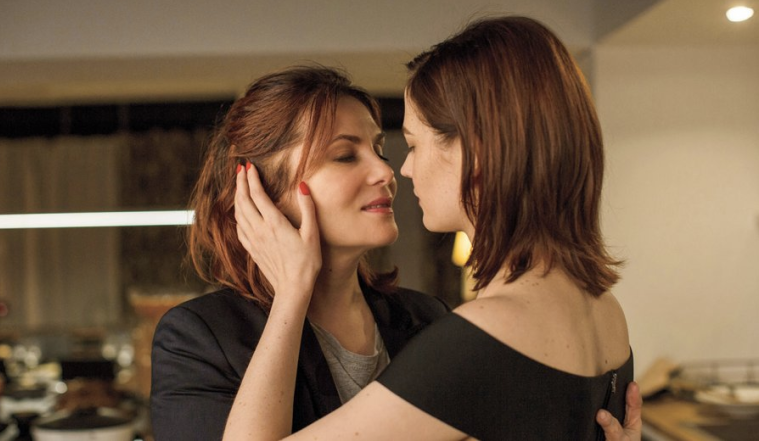 Cannes Review: ‘Based on a True Story’ is an Uninspired Psychological Thriller from Roman Polanski

A psychological thriller directed by Roman Polanski and co-written by Polanski and Olivier Assayas – elevator pitches don’t get much more promising than that. Sadly, the lackluster outcome proves there’s no guaranteed recipe for success. Based on a True Story, adapted from the prize-winning novel by Delphine de Vigan, revisits territory Polanski has mined time and again over the course of his long career. Perhaps too many times, as the film feels like the work of an author thoroughly bored with his material, a sentiment impossible not to share as a viewer.

Delphine (Emmanuelle Seigner) is a successful author who has just published a book that draws from her mother’s experience with mental illness. At a book signing, she meets Her (Eva Green – the press notes state her character is actually called Elle, as in the French original, whereas the English subtitles at the Cannes premiere put it as “Her… for Hermione,” which is idiotic, but let’s go with it), a fan very enthusiastic about Delphine’s detour into non-fiction. Delphine keeps running into Her in the days that follow and, despite her not-so-subtle stalker vibes, they strike up a friendship. Alarm bells somehow still fail to go off after Delphine’s private notebooks get stolen during a subway ride with Her, or when Her happens to move in directly across the street from Delphine, or when Her invites Delphine to her birthday party and not a single other guest shows up.

The list goes on. There’s a certain amount of fun to be had from Her’s screamingly blatant tactics and Delphine’s complete obliviousness, though Green unfortunately lacks the charisma to make Her a truly compelling villain. Green’s limitations are rendered even more obvious when Her moves into Delphine’s apartment and, taking charge of even more aspects of her life, tries to sway Delphine into writing the autobiographical book to which she’s supposedly destined. Parallels to Kathy Bates’ deliciously diabolical nurse in Rob Reiner’s Misery are impossible to miss, and Her comes off very badly in the comparison.

As Her adopts Delphine’s fashion and hairstyle, looking increasingly like her double, and the two women leave the city to stay in a countryside cottage, the unfavorable comparison is extended to Ingmar Bergman’s Persona and Assayas’ own Clouds of Sils Maria. The psychological themes that rendered those films such masterpieces are barely more than window dressing here. The same is true of the perfunctory commentary on the culture of exhibitionism that artists are forced into in the age of reality TV and social media, which is represented by Her’s obsession with Delphine writing a book based on her own life.

On a directorial level, Based on a True Story is just as uninspiring. Polanski sleepwalks his way through the film, manifesting precious little of the skill and invention that fueled the slow-burn suspense and sinister atmospheres of superficially similar works such as Rosemary’s Baby and Repulsion. The most perverse aspect of Based on a True Story is its resolution: after two hours of insipid build-up, the film abruptly closes on a note so anticlimactic that it barely qualifies as an ending.

Based on a True Story premiered at the Cannes Film Festival. See our coverage below.