Another Round U.S. Trailer: Mads Mikkelsen is Living His Best Midlife Crisis 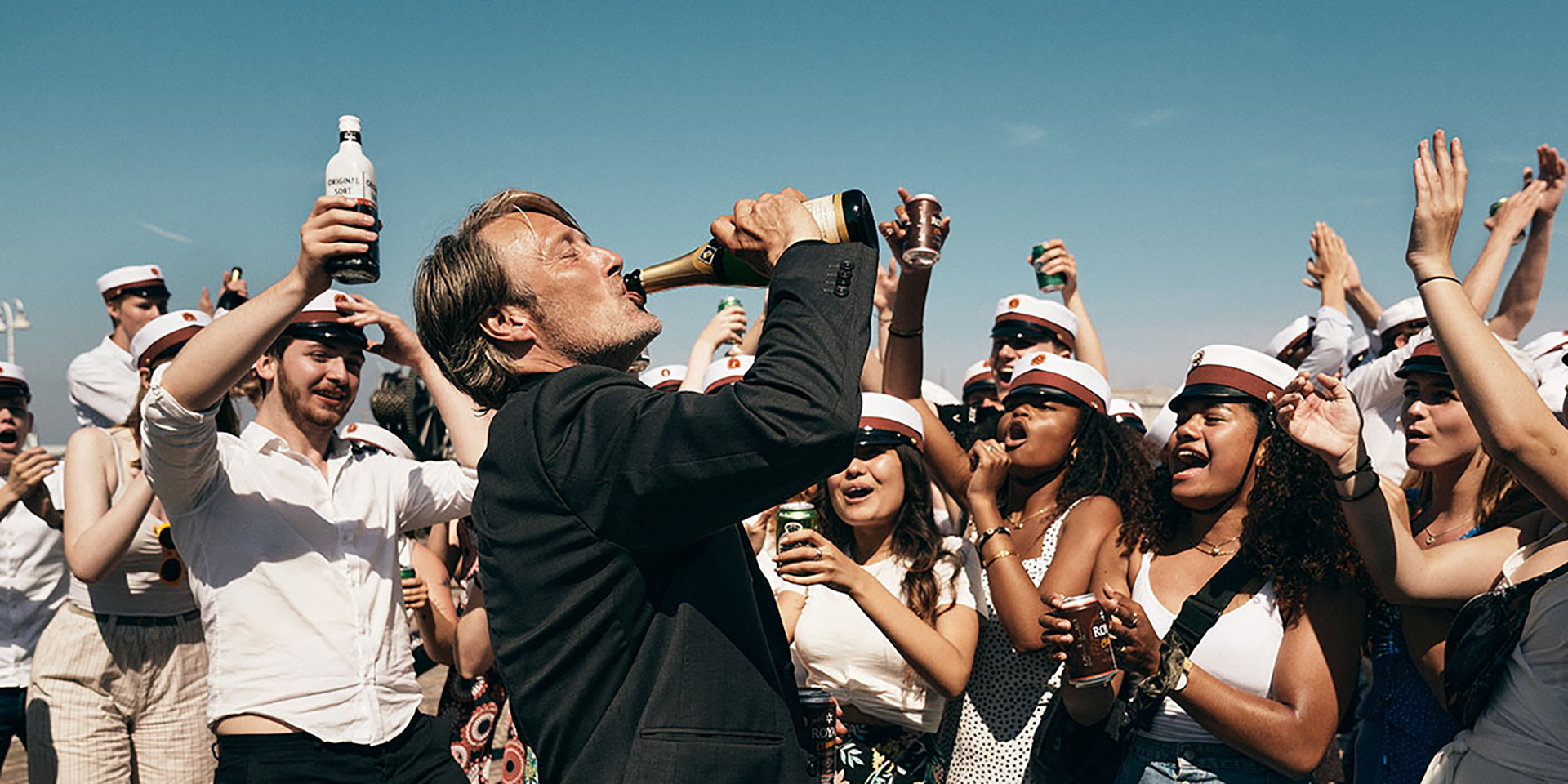 If the latest rumors about Mads Mikkelsen’s future casting decisions have you reaching for an alcoholic beverage, his upcoming Another Round may be more to your taste. Quite literally: Mikkelsen here plays a high school teacher who tests a theory with three colleagues that their life will improve if they main a constant blood alcohol level. Delightful chaos, at least a few bad decisions, and a nasty hangover are inevitable as these friends attempt to escape from their midlife crises by raising spirits.

The latest from Thomas Vinterberg—whose recent work has endearingly ricocheted between lush period romances (Far From the Madding Crowd) and submarine dramas (The Command)—seems to have far more on its mind than simply offering an opportunity to watch Mikkelsen dance while sloshed based on today’s new trailer.

Also starring Thomas Bo Larsen, Magnus Millang, Lars Ranthe, and Susse Wold, and co-written by regular collaborator and formidable filmmaker in his own right Tobias Lindholm, the film received generally strong notices out of TIFF. We reviewed it very positively, speaking specifically to the ways that it both celebrates alcohol and uses it to reveal the emptiness in the characters’ lives.

Four friends, all teachers at various stages of middle age, are stuck in a rut. Unable to share their passions either at school or at home, they embark on an audacious experiment from an obscure philosopher: to see if a constant level of alcohol in their blood will help them find greater freedom and happiness. At first they each find a new-found zest, but as the gang pushes their experiment further, issues that have been simmering for years come to a head and the men are faced with a choice: reckon with their behavior or continue on the same course.

Another Round opens in theaters on December 4 and will be available digitally on December 18.