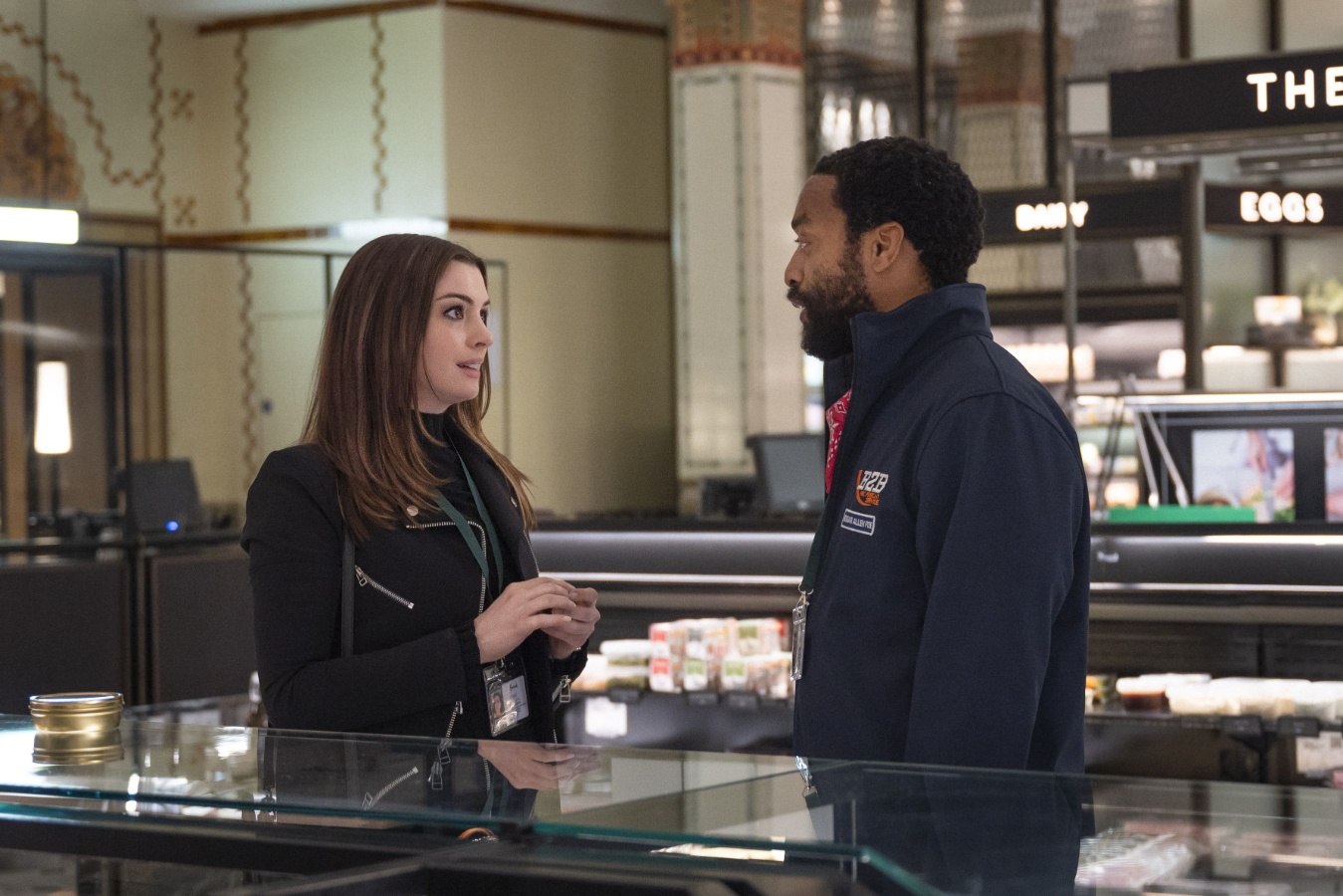 Before he heads to space with Tom Cruise to make history for his most ambitious project yet, director Doug Liman is going small scale for a new rom-com heist shot during the pandemic. Locked Down, scripted by Steven Knight (Locke, Eastern Promises), stars Anne Hathaway, Chiwetel Ejiofor, Stephen Merchant, Mindy Kaling, Lucy Boynton, Dulé Hill, Jazmyn Simon, Ben Stiller, and Ben Kingsley. HBO Max has now debuted the first trailer ahead of a release next week on their platform.

In the film, just as they decide to separate, Linda (Anne Hathaway) and Paxton (Chiwetel Ejiofor) find life has other plans when they are stuck at home in a mandatory lockdown. Co-habitation is proving to be a challenge, but fueled by poetry and copious amounts of wine, it will bring them closer together in the most surprising way.

Locked Down arrives on HBO Max on January 14.