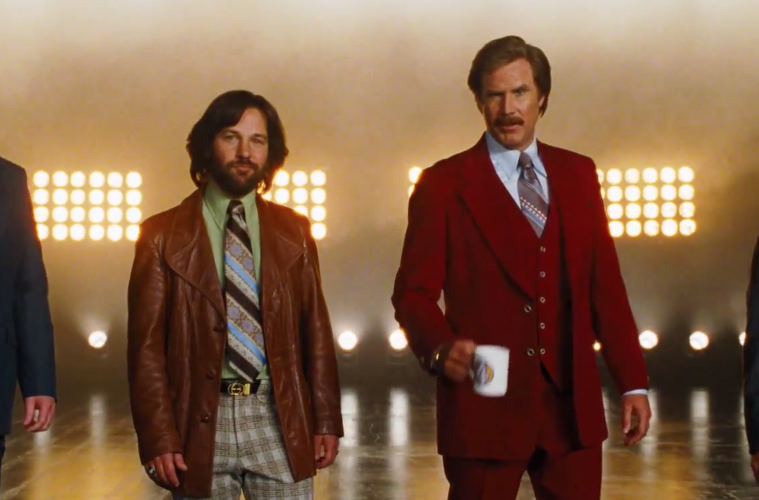 Ron Burgundy and the Channel 4 news team have returned. Attached to Paramount’s The Dictator this weekend was the first teaser for their upcoming comedy Anchorman 2. It’s now made its way online in official form and shows off Will Ferrell, Paul Rudd, Steve Carell and David Koechner on what looks to be a soundstage as they gear up for imminent production on the comedy. It plays it pretty easy, with Brick Tamland the butt of the joke as always, but I’m looking forward to director Adam McKay returning to these characters. Stay classy and check out the teaser below, followed by the first poster. Anchorman 2 is expected to go into production this year for a 2013 release.