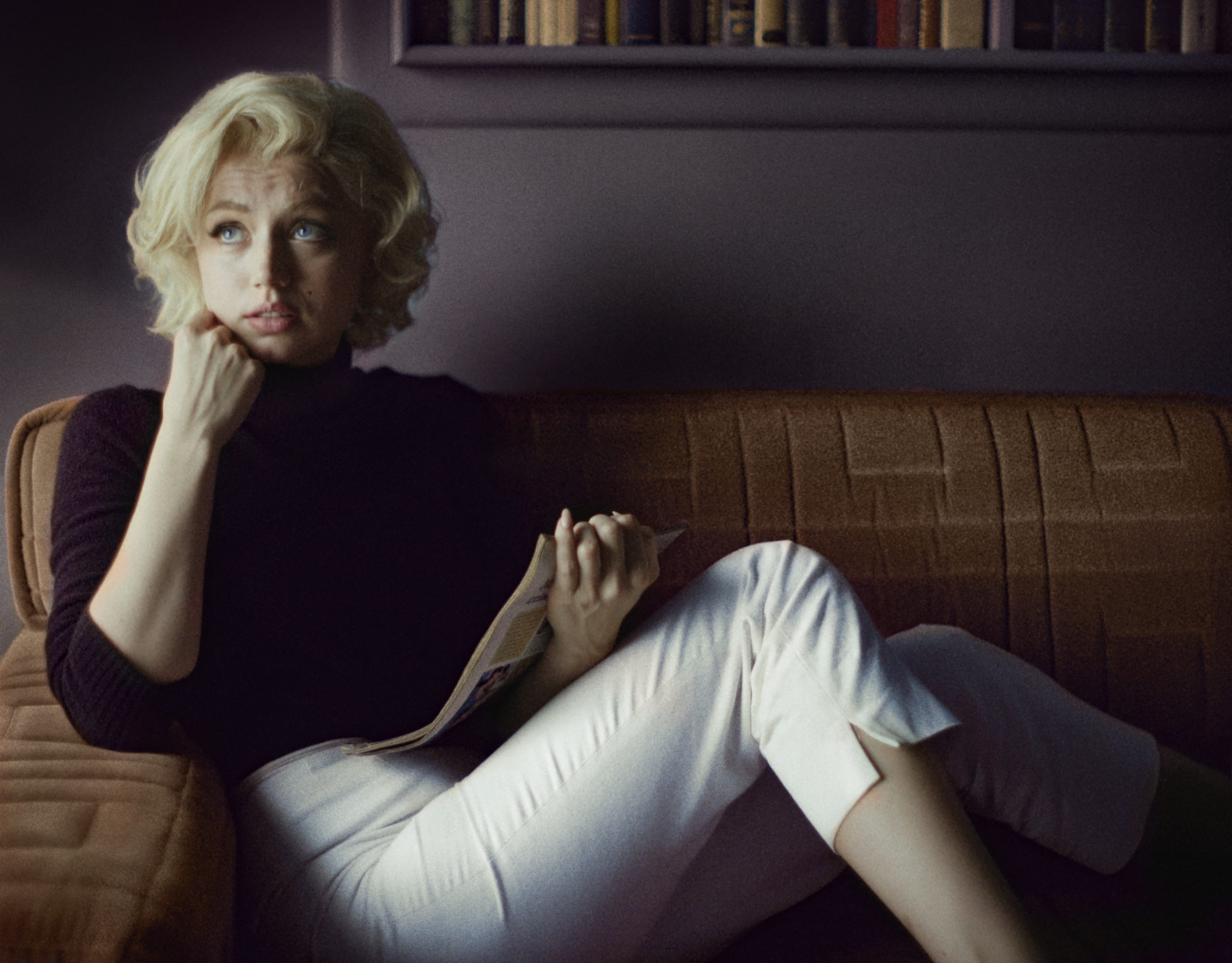 At long last, Netflix is finally ready to unveil Andrew Dominik’s highly anticipated Marilyn Monroe drama Blonde starring Ana de Armas. Following a shoot in 2019 and recent confirmation of an NC-17 rating, the adaptation of Joyce Carol Oates’ novel will arrive on Netflix on September 23, and the first trailer and images have debuted.

Blonde boldly reimagines the life of one of Hollywood’s most enduring icons, Marilyn Monroe. From her volatile childhood as Norma Jeane, through her rise to stardom and romantic entanglements, Blonde blurs the lines of fact and fiction to explore the widening split between her public and private selves. Also starring Bobby Cannavale, Adrien Brody, Julianne Nicholson, Xavier Samuel, and Evan Williams, the director and star have revealed more about the film.

“We worked on this film for hours, every single day for almost a year,” de Armas tells Netflix Queue. “I read Joyce’s novel, studied hundreds of photographs, videos, audio recordings, films—anything I could get my hands on. Every scene is inspired by an existing photograph. We’d pore over every detail in the photo and debate what was happening in it. The first question was always, ‘What was Norma Jeane feeling here?’ We wanted to tell the human side of her story. Fame is what made Marilyn the most visible person in the world, but it also made Norma the most invisible.”

She adds, “Our movie is not linear or conventional; it is meant to be a sensorial and emotional experience,” says de Armas. “The film moves along with her feelings and her experiences. There are moments when we are inside of her body and mind, and this will give the audience an opportunity to experience what it was like to be Norma and Marilyn at the same time.”

Dominik said, “The film is sincere. It’s made with love. It’s made with good intentions. But it’s full of rage at the same time,” says Dominik, “I seem to get myself in these situations where people regard me as provocative, but it’s never what I’m trying to do. I’m just trying to say it as clearly as I can. My ambition is to make you fall in love with Marilyn.”

See the trailer below as we await news of an expected Venice Film Festival premiere.