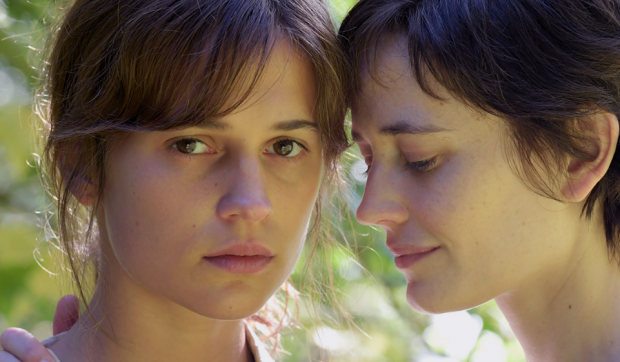 Following her Oscar win earlier this year, Alicia Vikander not only picked up a major tentpole role in Tomb Raider, but also launched her own production company, the aptly named Vikarious Productions. It also hasn’t taken long for her to start their first feature as Euphoria kicked off production this month, and the first look has arrived today.

Vikander’s Pure and Hotell collaborator Lisa Langseth is writing and directing the English-language picture, which teams Vikander and Eva Green as “sisters in conflict traveling through Europe towards a mystery destination,” creating a project that the actor-producer calls “full of suffering but also full of joy, and squaring up to very important subject matter.”

Check out the image below (thanks to The Playlist) for the film also starring Charlotte Rampling, Charles Dance, Adrian Lester, and Mark Stanley.

Shooting in Bavaria and Munich, Euphoria will likely premiere in 2017.