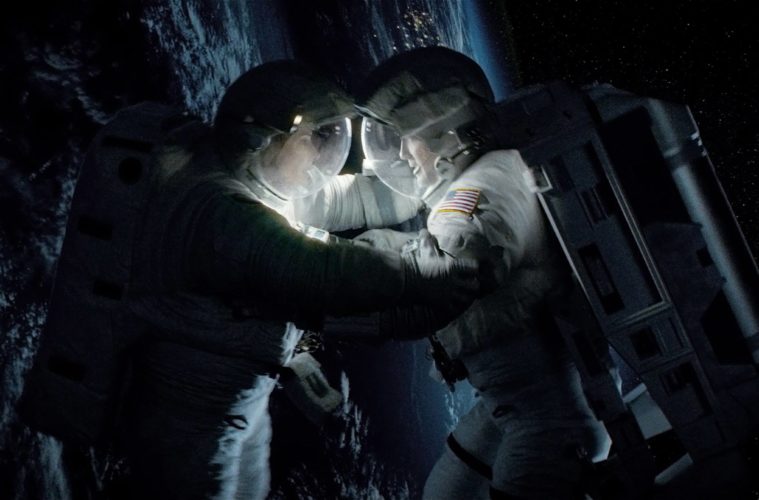 After four years in various stages of production, it’s hard to believe that in less than a week’s time Alfonso Cuarón‘s space thriller Gravity will be unspooling across nearly 3,500 screens. Considering the level of detail in everything, from the constellations to Sandra Bullock and George Clooney‘s suits, I highly recommend viewing it on the biggest screen possible — and, today, we have a featurette that’s highlighting this aspect. While it wasn’t shot with IMAX cameras (perhaps unlike another upcoming space epic that you might have heard of), it’s difficult to imagine a venue with a more immersive experience. Released by the company, the piece reveals that a major influence for the film was 2010’s Hubble 3D, and there’s even a few interviews with astronauts discussing the realistic nature of the film. But before we get to that, Alfonso Cuarón recently stopped by the Zurich Film Festival, sharing some thoughts on Hollywood’s current usage of 3D. As we know, Gravity was post-converted to the format, but, with the director’s clear vision and implementation, he pulls it off flawlessly — he even says that seeing it in 2D is just “30% of the experience.” The story, picked up by ScreenDaily, has the Children of Men director going on to say that many other projects aren’t implementing the same care.

“The problem with 3D is that it’s been completely misused,” he proclaims. “The problem now is that they make all these films that are not designed for 3D and then convert them as a commercially afterthought – and they are crap. They don’t follow the rules of 3D of what does and doesn’t work. While the track record has been rough, he does say that “there are a handful of films that have used 3D in a proper way so it can be an amazing tool.”

We’ve also got a new clip, but I highly insist on avoiding it unless you previously weren’t sold on the film, considering it comes from a key scene in the final act. One can, nevertheless, see it below, along with the featurette, and check out our TIFF review here. As for Cuaron’s next project, he says, “there are many other kinds of films I would like to do. Sometimes it’s down to money, not only getting the finance together but also if I can afford it.” While he gave spare details he said, “I have a dream movie I’d like to make but it’s tiny and not commercial.” Perhaps if Gravity is a major success, he could get closer to making it, but for now he says, “I couldn’t be paid but I have a family and a life.”

What do you make of Alfonso Cuarón’s comments? What 3D films have you enjoyed, if any?