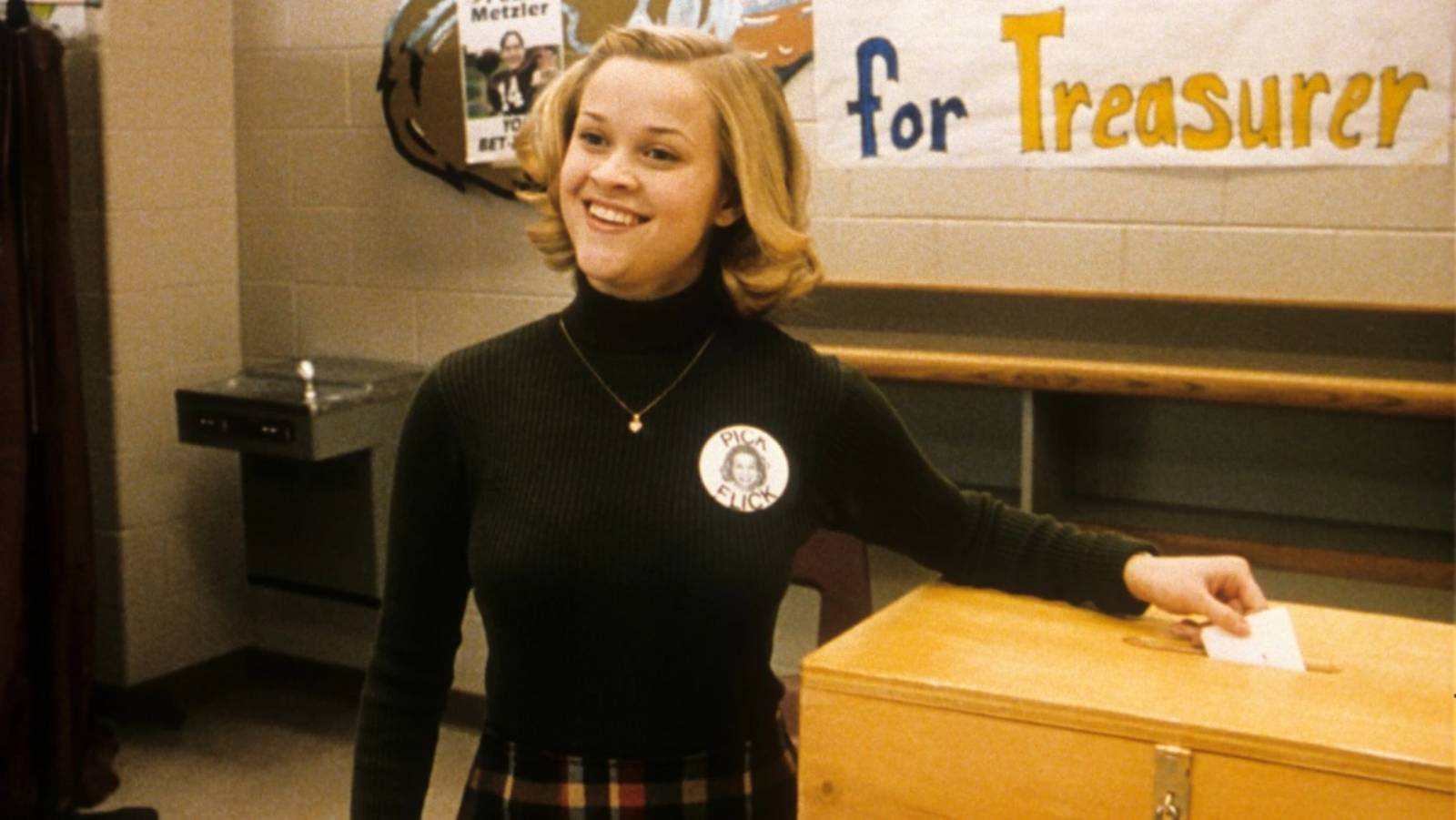 Serving as a breakout for Alexander Payne following his debut Citizen Ruth, 1999’s Election followed Reese Witherspoon’s Tracy Flick as a high school student running for the student body and Matthew Broderick’s Jim McAllister as the high school teacher who gets in her way. Now, over two decades later, the satire is getting a sequel.

THR reports Tracy Flick Can’t Win is in the works, with Alexander Payne returning to direct and script alongside Jim Taylor, and Reese Witherspoon returning to star. The development isn’t entirely surprising as Tom Perrotta’s sequel novel was released earlier this year, following Flick as an assistant principal. See the synopsis below.

Tracy Flick is a hardworking assistant principal at a public high school in suburban New Jersey. Still ambitious but feeling a little stuck and underappreciated in midlife, Tracy gets a jolt of good news when the longtime principal, Jack Weede, abruptly announces his retirement, creating a rare opportunity for Tracy to ascend to the top job.

Energized by the prospect of her long-overdue promotion, Tracy throws herself into her work with renewed zeal, determined to prove her worth to the students, faculty, and School Board, while also managing her personal life—a ten-year-old daughter, a needy doctor boyfriend, and a burgeoning meditation practice.

But nothing ever comes easily to Tracy Flick, no matter how diligent or qualified she happens to be. Her male colleagues’ determination to honor Vito Falcone—a star quarterback of dubious character who had a brief, undistinguished career in the NFL—triggers memories for Tracy and leads her to reflect on the trajectory of her own life. As she considers the past, Tracy becomes aware of storm clouds brewing in the present. Is she really a shoo-in for the principal job? Is the Superintendent plotting against her? Why is the School Board President’s wife trying so hard to be her friend? And why can’t she ever get what she deserves?

The film is set to be a Paramount+ project and will mark Payne’s second film following his box-office bomb Downsizing (which is well worth catching up with, if you missed it), as he recently shot The Holdovers, which reunited him with Paul Giamatti and is expected to arrive in 2023. As we await more details, check out the trailer for the original below.