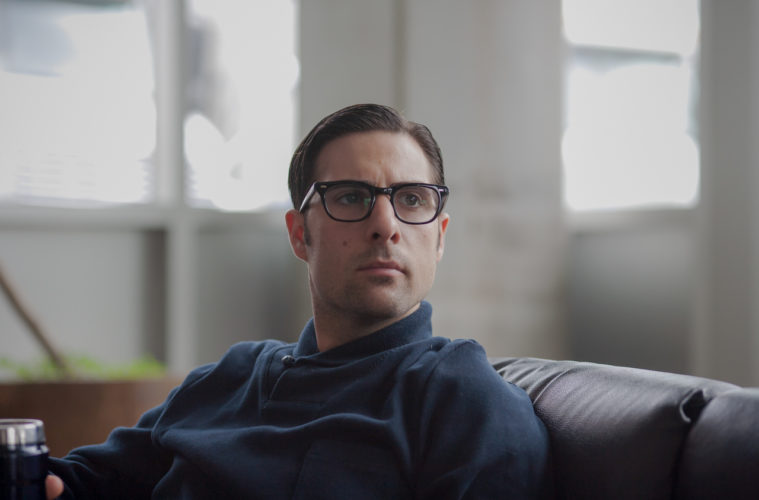 When a follow-up to his acclaimed, fascinating The Color Wheel was announced in February, writer-director Alex Ross Perry had expressed hopes of landing “the sort of people that make you care about a movie before you see it.” Mission accomplished: as reported in TheWrap, Jason Schwartzman and Elisabeth Moss will headline the title, Listen Up Philip, a work which its own creator would summarize, in a seemingly biting tone, as the story of “changing seasons and changing attitudes and people going up and coming down the chain of success and all the bumps and miseries that you hit on the way down and up.”

None of this sounds especially bankable or commercial (who are we kidding? the thing probably isn’t), but with the backing of David Lowery, Jake Johnston, and Toby Halbrooks — the helmer of and two fellow producers on Ain’t Them Bodies Saints, respectively — it’s (thankfully) finding a place, expected fall shoot and all. The provided synopsis is relatively simple: Schwartzman will take center stage as the eponymous Philip, a writer whose recent triumphs bring happiness and trouble — including the “poor decisions” that come to damage many of those around him, not least of all his “successful art-photographer girlfriend Ashley (Moss).” While I could be reading too much into this description when noting a possible connection with the helmer’s oft–expressed love of Philip Roth — it doesn’t hurt my case that shades of Zuckerman Unbound rests in what’s provided — but, directly inspired or not, the ambition to which Perry has set himself is “[making] an impression on the grand and treasured history of New York movies.”

Not that I need to know much else. A new title from one of independent American film’s finest emerging voices, starring Jason Schwartzman & Elisabeth Moss, and (based on a past interview) potentially shot on super 16mm? Listen Up Philip can’t arrive soon enough.

Are there first impressions of this project? Have you seen any of Perry’s earlier work, and, if so, what did you think?