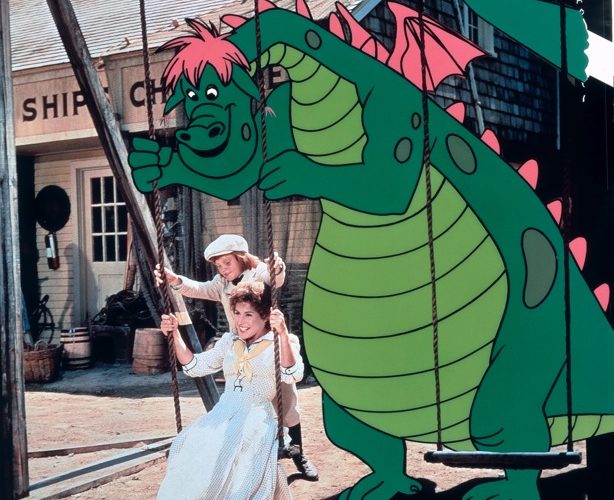 If you followed our Sundance coverage from earlier this year, then you’ve already penciled in the August release date for Ain’t Them Bodies Saints on your calendars. One of our favorite films from Park City, the sublime drama starring Rooney Mara, Casey Affleck and Ben Foster marked the break out for director David Lowery and now we’ve got some news regarding his next project, one likely no one expected. According to Deadline, he’ll be re-teaming with producer Toby Halbrooks to script a reboot of Disney’s 1977 Pete’s Dragon for the studio and American Gangster and Robin Hood producer Jim Whitaker. While Lowery is only set to write the project thus far, he’s tasked with reinventing “the core story,” but this time without the musical numbers of the original animated/live-action hybrid family film.

If you are confused at this transition, it seems that director himself shares this notion, but I’m only intrigued as to what he’ll be bringing to the table with such a 180-degree turn. If you’ve never seen the Disney original, it follows a orphan kid who brings his magical dragon to a new town and hijinks ensue. As we wait to see what comes of this, check out our review of his stellar Ain’t Them Bodies Saints and read our interview with helmer, and see a clip from Pete’s Dragon below.

Are you a fan of the original? Looking forward to Saints?