Ahead of the Curve Review: The Story of a Groundbreaking Lesbian Magazine Covers Broad Ground 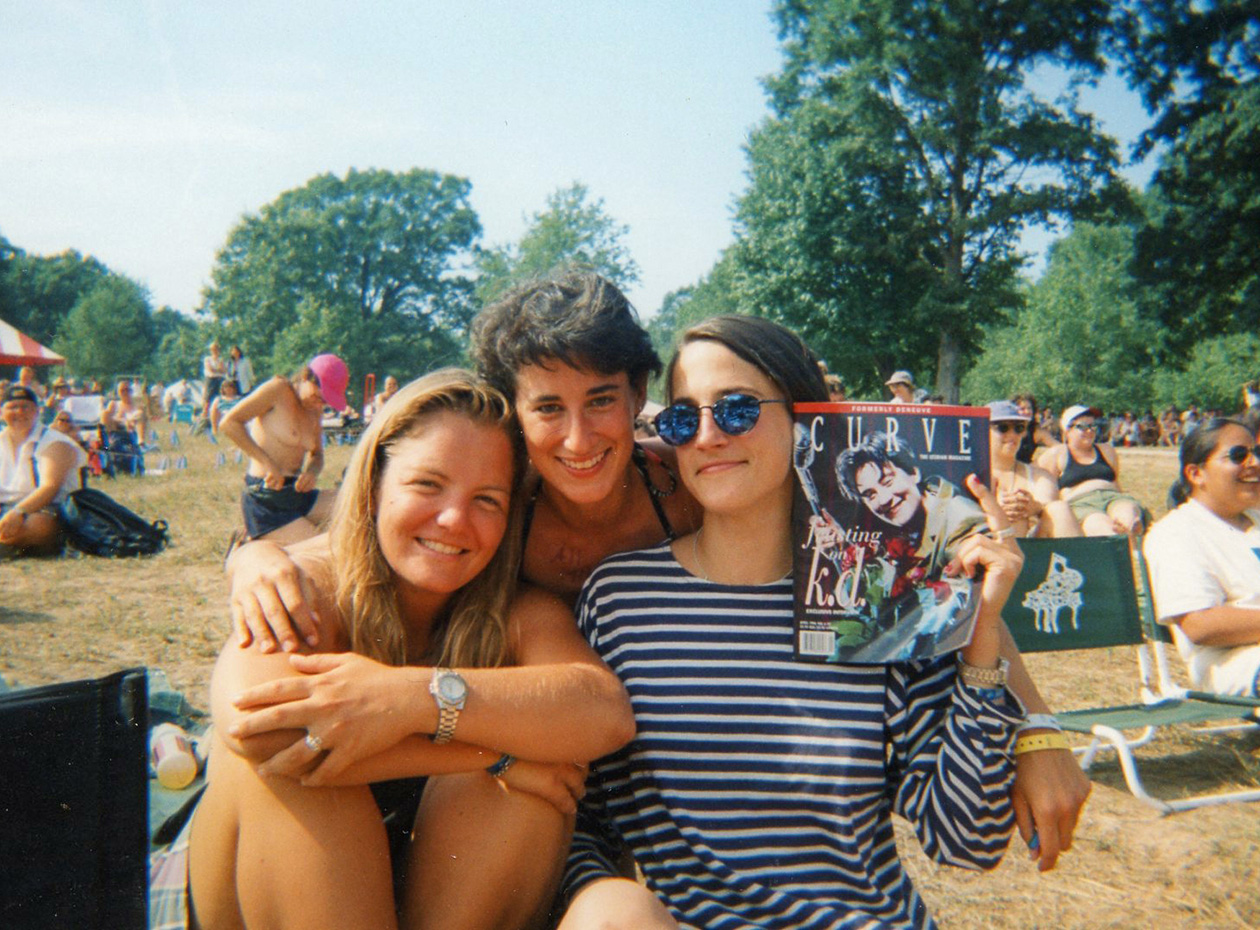 In 1990, a 23-year-old named Frances “Franco” Stevens applied for multiple credit cards. When she was approved, she withdrew as much cash as she could from them, and used the money to launch Deneuve, one of the first lesbian magazines in the United States.

In a fiction feature-length film, this moment would arrive halfway through the running time, the percussion in the score would tense as we saw an actor convey the fear and hopefulness of someone attempting something bold and risky. A mellow piano would probably announce that this is “the” make or break moment for our heroine.

A few scenes later, a thump in the score music would be heard as an eager Franco arrived at her PO box hoping to find dozens of subscriptions and discover it was completely empty.

Violins would swell when seconds later, an unassuming mailman called out to her and announced her PO box is empty simply because she has so much mail, it didn’t fit in the small correspondence space.

That I was able to imagine all of those scenes is all thanks to Franco’s incredible ability as a storyteller. She’s the center of Ahead of the Curve, and the documentary would be more cohesive if it had focused exclusively on her life’s story.

Before making the gamble of a lifetime, Franco was married to a man who upon realizing she was a lesbian outed her to her family, leading to a period of homelessness and estrangement from her family. Franco’s mother appears in latter scenes, which states a reconciliation occurred, however the film doesn’t dig deep into it.

Instead, along with snapshots of Franco’s life story, the director Jen Rainin (who is also married to Franco) attempts to create a portrait of what lesbianism means, and how Deneuve, which was renamed Curve after French icon Catherine Deneuve sued the magazine in a trademark dispute, helped define a new period in how women who love women were being perceived.

Sticking to a traditional talking heads aesthetic, Ahead of the Curve, intersperses interviews with Franco and Curve employees, with appearances by activists, and celebrities like the always hilarious Lea DeLaria and Melissa Etheridge, among others.

The intersectionality of lesbianism is a key part of the discussions in the documentary. A Curve contributor acknowledges the magazine failed Black and brown women when it launched, while others discuss the groundbreaking way in which the magazine brought forth stories of lesbians who were also immigrants, or members of the disabled community for instance.

The attempt of showcasing how much the magazine did, what it represented, and where it hopes to go in the future, is noble and well intentioned. As a narrative though, it feels too much like a corporate product, like a project meant to inspire donors and investors to become part of Curve.

Of course, there is nothing wrong with that, but when there’s a figure as powerful as Franco at the center of the narrative, the film can’t help but feel like a missed opportunity. Early on, Franco’s first girlfriend appears and describes the young publisher as a version of Demi Moore––once one witnesses that, it becomes impossible to unsee. Like the ’90s superstar, Franco’s magnetism draws the viewer in so much that her presence is missed whenever she’s not talking.

By attempting to capture the universal instead of focusing on the specific, the film feels like a collection of ideas put forth in an amorphous collage. The storytelling too often steers abruptly into unexpected places, like when we see conferences where lesbians of all walks of life talk about the new ways in which they want to be defined. For example, some women dislike the word “lesbian,” while for people like Franco, it symbolized empowerment, which is why she insisted on having it on the cover in every issue. That struggle in itself could’ve been a perfectly fine movie.

We also briefly meet the poet Denice Frohman, who with her no-nonsense approach and suave charm, is shown as someone with the ability to capture the attention of any audience who’s listening to her. We don’t necessarily understand what she has to do with Curve, but appreciate her appearance, because her story could’ve also been a great movie. When instead we are left with dozens of threadlines, the film loses its urgency and lands rather flatly.

Ahead of the Curve is now playing at IFC Center and opens digitally on June 1.