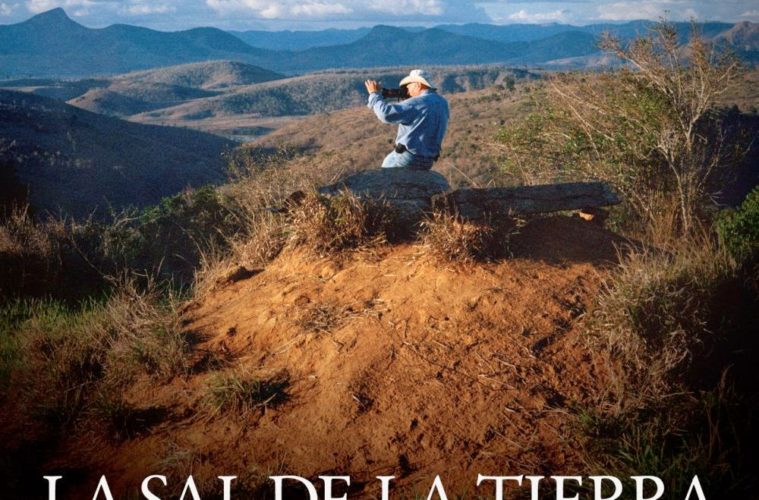 [AFI Fest Review] The Salt of the Earth

At one point early in Wim Wenders‘ new documentary, The Salt of the Earth, the co-director details his deeply emotional connection to photographer Sebastiao Salgado. Years before the two ever met, Wenders happened across a couple of Salgado’s photographs in a Los Angeles art gallery that immediately enthralled him. One of these was a remarkable image of the Brazilian gold mines of Serra Pelada, the other a portrait-like image of a woman weathered by years of a life most will never know.

Wenders admits that, even decades after first coming into contact with these two photographs, the latter (which hangs in the filmmaker’s office) still frequently brings him to tears. It’s this immediate emotional reaction that Salgado’s work is capable of evoking and Wenders seeks to evoke in his film, large portions of which unfold like a slideshow of some of Salgado’s most awe-inspiring works. As the primary focus of The Salt of the Earth is Salgado’s work, as opposed to Salgado the individual, those who are not particularly moved by the artist’s imagery may find this a languid experience. Sharing directorial duties with Wenders is Sebastiao’s son, Juliano Ribeiro Salgado, who traveled with and filmed his father on-location in recent years. During Juliano’s segments — the color of which stands in stark contrast to the crisp black-and-white used by Wenders — Sebastiao is seen completely immersed in his environments, his methods on full display. In one of Salt’s most interesting stylistic choices, a superimposition of Sebastiao’s interview segments is placed over career-spanning photographs, forcing the viewer to consider not only the photo itself but the man behind the camera as well. We realize that these images do not exist in the abstract, but instead are the compositions of a true visionary.

While Salt tantalizingly hints at certain aspects of Salgado’s personal life, including his relationships with his wife and son — one of the reasons Juliano decided to travel with his father was to further the relationship with the man who had been absent for such large chunks of his life — the film always returns to what Wenders so clearly admires most about Salgado: his work. Rather than blending independent explorations of art and artist, as a different film might have done, Wenders looks at Salgado as Salgado looks at the world. What he traveled the world to photograph likely tells us more about the man than any biographical examination possibly could. Devoting a lifetime to the pursuit of such harrowing aspects of the human condition would take its toll on even the most stoic of individuals, and Salgado is no exception. Many of the photographs in The Salt of the Earth are challenging to look at, to say the least. That anyone could spend years looking at nothing but images of this nature is remarkable, and somehow even the platitudes that Wenders often uses in narration seem appropriate. The most inspiring turn comes when the film shows how a man that has witnessed so much devastation could ultimately be so hopeful about the future of the planet.

The Salt of the Earth is a thoughtful, reverential examination of one artist by another, both equally deserving of such admiration. While some may find its pacing too slow, or its imagery too bleak, this film is a must for fans of either Salgado or Wenders.

The Salt of the Earth screened at AFI Fest and opens on April 3, 2015. See the trailer here.