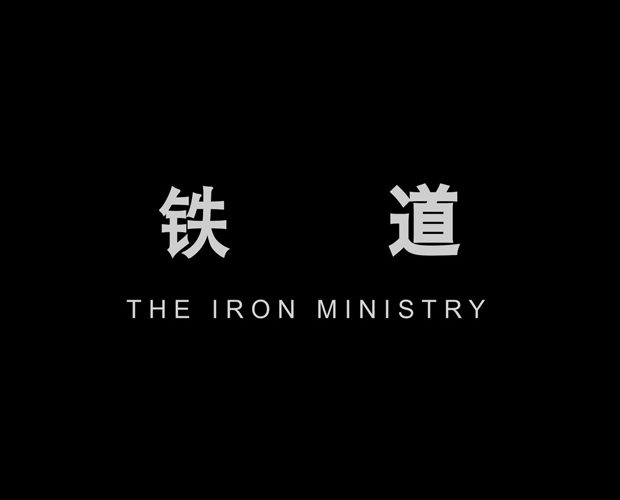 While not technically made under the auspices of the Harvard Sensory Ethnography Lab, The Iron Ministry, directed by associated member J.P. Sniadecki, begins with a similar process of total immersion that asks spectators to work with their senses to understand information. The sounds of mechanical materials bellow on the soundtrack, slowly leading to extreme close-ups of something metallic in nature. It takes maybe 10 minutes of the film before realizing we are even on a train, and another 10 before we place it in the People’s Republic of China.

So why does The Iron Ministry slowly transform from an avant-garde statement into something rather conventional? Sniadecki’s works for the Harvard SEL, which include Foreign Parts and the recently / digitally released People’s Park, have always had a stronger human element to them than, say, the focus on the landscapes of Sweetgrass, or certainly the Brakhage-like immersion of Leviathan. But The Iron Ministry is a rather odd work for many reasons, even if its depiction of class and ethnicity on various trains across modern China captures an essential moment. Sniadecki shot all of the materials for the documentary over three years, using small DV cameras to capture life for the millions who travel these trains every day. Their reasons are varied: carrying their meats and veggies across hundreds of miles to vendors who will buy them, moving cross-country to find better work, or simply returning home to rural families. Something struck me as immediately odd in the project, however, and that is how often numerous scenes do not acknowledge the camera. This is a strange complaint, I realize, but Sniadecki often seems to be playing loose with the rules of how hidden the camera might be versus the film’s belief in capturing “life as it is.”

There is nothing wrong with “staging” material, as recent discussions of non-cinematic fiction have told us — the recent Harvard SEL film Manakamana credits all of its cable car goers as performers, and rightfully so — but Snaidecki’s shooting style often leaves those questions open. A scene involving a young man in trouble with the police for using his brother’s ID card is shot in a way that seems to suggest the camera has been hidden, but why did this man allow himself to be filmed? Was it recreated from another incident? I feel that The Iron Ministry wants me to investigate questions regarding the material before the camera, not the camera itself, especially when People’s Park was a revelation in how much it played into ways people looked and responded to the presence of a camera.

Sniadecki’s film is just one of many recent documentaries to examine to progressing state of China — films like 24 City and Last Train Home come to mind — and while it is still a collection of various anecdotes, it often feels less revealing for covering territory that is well-traveled in some regards. Its avant-garde sections are certainly stunning, though cinephiles may recall many of the same techniques used in Gina Telaroli’s haunting Traveling Light. Most surprising of all, though, is that The Iron Ministry is occasionally conventional, using point-and-shoot interviews. While details learned about denizens of the train are certainly enlightening, it points The Iron Ministry toward that all-important documentary question: why has this been created in the cinematic medium?

On the other hand, Sniadecki captures some fantastic moments throughout The Iron Ministry: the views of sleeping lower-class individuals huddled in corners of trains, the giant slabs of meat cooked and consumed, the utter disappointment by travelers learning the one vendor is out of noodles. The Iron Ministry may not be as insightful as other films made by Sniadecki, but it still paints an essential portrait of contemporary China.

The Iron Ministry screened at AFI Fest and will open on August 21st.