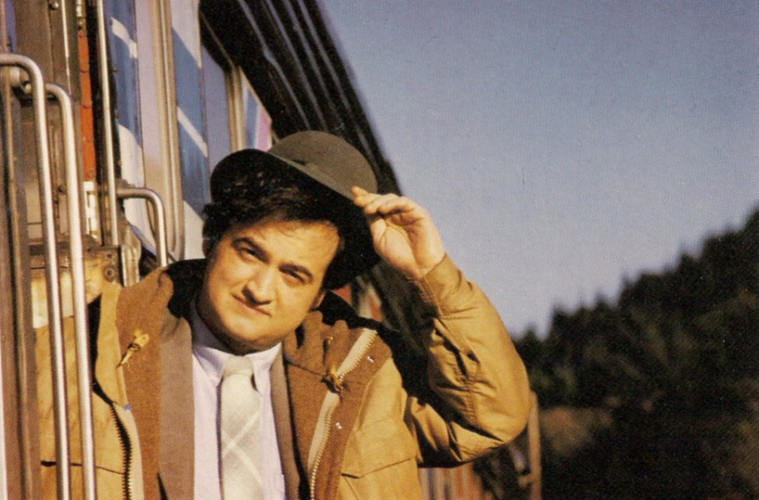 Update: THR reports that Emile Hirsch has landed the role of John Belushi. Check out the original story below.

The short-lived, still-influential career of John Belushi should, one thinks, make for potent onscreen dramatics, yet has rarely been given some sufficient center-stage treatment. After Warner Bros., director Todd Phillips, and scribe Steve Conrad (The Secret Life of Walter Mitty, The Weather Man) had attempted to bring that story to life, THR inform us the latter is taking full reigns on this title, thanks to producing efforts from the subject’s widow, Judy Belushi Pisano, as well as Dan Aykroyd.

The long-developing project is being fueled by financiers Film 360 and producers Emjag, with Conrad aiming “to tell the story of a man that embodied both the glory and the tragedy of the American dream as it focuses on Belushi at the height of his fame” — and, for this, an actor is currently being sought. Emile Hirsch, unexpectedly, crops up as a candidate, while Adam Devine (Workaholics) might also be circling; Joaquin Phoenix is noted and would, too, be ideal, though I’m not fully expecting the busy, finicky actor to make an independent Belushi biopic his next effort. (Being proven wrong would be nice, though.) Nelson Franklin (Scott Pilgrim, Veep) is being considered to portray Aykroyd, which any Blues Brothers fan can readily recognize as a major role.

Conrad and producers are expecting production to kick off next spring.

In a case of Tinker Tailor switching, it looks as if a shake-up is about to take place on Doug Liman‘s Sony-backed Everest. Although once expected to be headlined by Tom Hardy, a shift in scheduling (it will now go before cameras this March) has forced the actor out of position; Benedict Cumberbatch is a frontrunner to slip in, though seemingly every late ’20s / early ’30s white, English-speaking male actor with some kind of franchise role — Henry Cavill, James McAvoy, Matthew Goode, Joel Kinnaman, Jim Sturgess, Tom Hiddleston, Luke Evans, and Dan Stevens (The Fifth Estate, Downton Abbey) — are getting their name thrown around, too.

Baltasar Kormákur‘s own Everest (I suspect a title change will be necessary) is also looking to get itself off the ground, despite some recent troubles — Emmett/Furla Films dropped out, forcing Focus to seek out another supporter — thankfully with its originally-noted cast looking to still be in place.

Do you think Hirsch, Devine, or Phoenix could make a suitable pick for John Belushi? What do you make of Cumberbatch stepping into Hardy’s place?