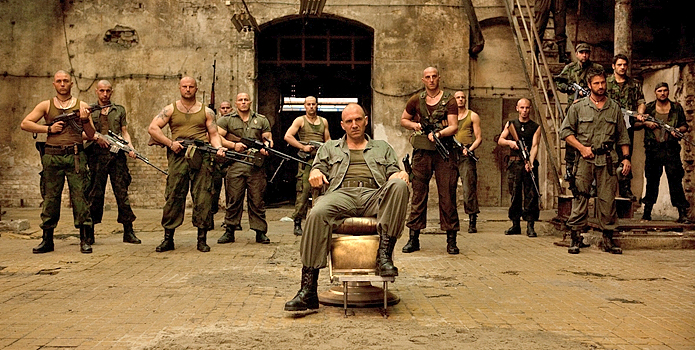 With his Voldemort days behind him, Ralph Fiennes is heading into the directing arena. He debuted his adaptation of William Shakespeare‘s Coriolanus at the Berlin Film Festival earlier this year to stellar reviews and was later picked up by The Weinstein Company for release. Scripted by Gladiator and The Aviator‘s John Logan, the film stars Fiennes, Gerard Butler, Vanessa Redgrave, Brian Cox and Jessica Chastain.

We now have our first trailer from CC2K via First Showing and it looks like a bold, action-filled effort for a debut film. The cast he assembled is excellent, and makes one of eight 2011 films for The Tree of Life‘s Jessica Chastain. Butler should also get some acclaim for Machine Gun Preacher, so this could all help push the film into a serious awards race. I plan to check it out at Toronto, but for now see the UK trailer below and one can find Fiennes in Clash of the Titans 2, Great Expectations, and possibly Bond 23; all in theaters next year.

Coriolanus (Ralph Fiennes), a hero of Rome, is a great soldier but despises the people. His extreme views ignite a mass riot and he is banished from Rome. Coriolanus allies with a sworn enemy (Gerard Butler) to take his revenge on the city.

Coriolanus will hit theaters on December 2nd after playing at TIFF next month. Fiennes is already preparing his second feature, a Charles Dickens biopic.

Are you excited to see Fiennes direct?