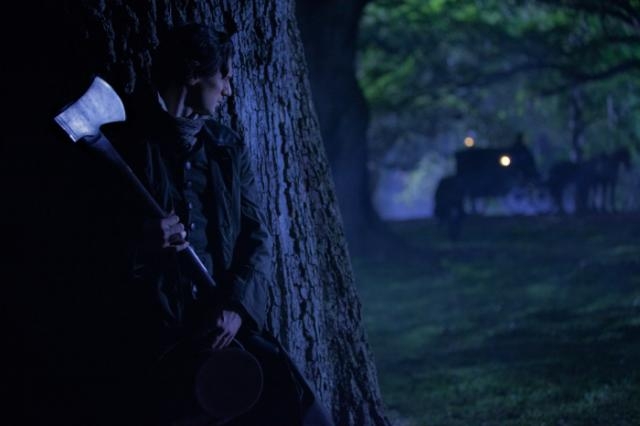 During WonderCon today a new trailer for Timur Bekmambetov’s Abraham Lincoln: Vampire Hunter dropped and it has now made its way online. The Tim Burton-produced period action film follows the story of our late president with some deadly creatures in the mix. Building on the initial trailer, this gives our star Benjamin Walker more dialogue and shows off a few other action setpieces, including a neat chase on the side of a cliff, as well as some slo-mo jumping-off-the-walls fight scene. But like Wanted, the last film from this director, it looks like all style over substance which could make for a very tedious summer blockbuster experience. I hope I’m wrong, but judge for yourself with the new trailer below.