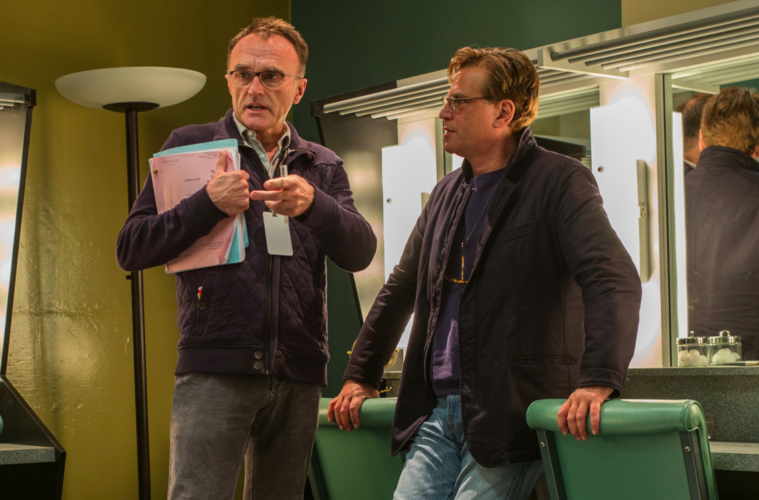 One of the more mystifying box-office failures of the year has been Danny Boyle‘s Steve Jobs, which dropped over 2,000 of its theaters this weekend and looks to be petering out at under $17 million total. Our review was fairly positive — and we even followed it up with a heated discussion — but a major point of contention has been its final few scenes. Spoilers do follow, of course.

After spending two hours… well, I’ll let our own Nick Newman perfectly sum it up, The Maccabees‘ saccharine “Grew Up At Midnight” blasts into one’s ears and Michael Fassbender‘s Steve Jobs finds a moment of redemption with his daughter, Lisa Brennan-Jobs (Perla Haney-Jardine), a tenuous relationship Aaron Sorkin sets up in each of the three time periods. While speaking on Jeff Goldsmith‘s (excellent) podcast The Q&A, the screenwriter defended this finale.

First speaking about initially writing the script, he says, “I was not able to get past his denying paternity of Lisa and the way he treated her. Lisa was the one who got me past that. Where I saw [that] now I found the emotional center of the story because I’m not getting that emotional about the computer that won’t say hello.”

“If he can change, even just a little bit — just the final scene with Lisa — which so many people… and I bet there are people here who have a problem with the last scene,” he goes on to say. He then asks the audience who liked the movie up until the last scene, and about a dozen hands were raised. “The reason is you felt I betrayed the entire movie, that I went soft?,” he questions the crowd, and gets a small response. “I don’t think I went soft,” he responds. “It’s such a strong reaction that I’ve gotten so many places.”

Sorkin then goes on to share a story while screening the film in San Francisco: “A woman came to the microphone and asked if I was pressured to write that scene either by the studio or by Danny or did I put pressure on myself because I just thought I can’t make an entire movie this cold. I’ve got to reward the patience of the audience somehow. I’ve got to get you to like this guy. I said, ‘No. There was no external pressure at all. I wrote that scene. It was exactly the scene I wanted to write. As a matter of fact, on the page it’s a little more gooey. Some of the goo was cut out by Danny in the editing room. It’s exactly the scene I wanted to write.’ She looked at me and just went, ‘Heartbreaking,’ and went back to the aisle.”

“I don’t think it’s that scene that they’re reacting to,” Sorkin continues, referencing the last shot as not being the perceived point of contention. “I think it’s the parking lot — ‘I’m going to put a thousand songs in your pocket’ — and we hear the Maccabees song and everything gets nice. Possibly, also, it doesn’t help that it appears that the filmmakers are giving Steve Jobs a standing ovation at the end of the film.”

He concludes his argument, saying, “The story of the movie is, ‘Will Steve and his daughter get together?’ The fact that in real life they did find each other isn’t even the reason that I did it, although I like that it’s supportable by facts. I did it because I just don’t think there’s a movie if you don’t do it. I think that what you would have is a theater full of people saying, ‘Why did you make me sit here for two hours?'”

So do his comments change your thoughts on the ending? Check out the full talk below or over on iTunes, and listen to our detailed discussion on the finale, if you missed it.

What did you think of the ending of Steve Jobs? Do you agree with Sorkin?