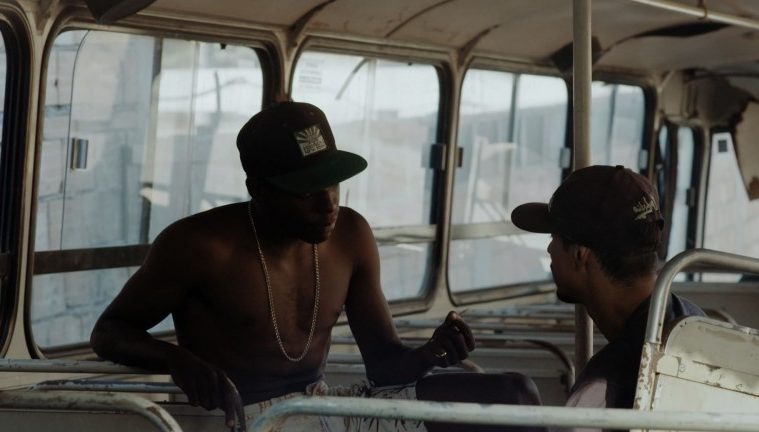 Rare is the Brazilian film that receives any notable U.S. release; all the more rare is a Brazilian road movie that’s accrued quite a bit of good word in advance of said release. But João Dumans & Affonso Uchôa’s Araby has been deemed “an instant classic” that “sets a high bar for world cinema of 2017,” and, per the New York Times, “builds with tremendous emotional force” — which is to say nothing of our own forthcoming positive review. Needless to say, we are proud to exclusively premiere its trailer ahead of the film’s opening on June 22.

Dumans and Uchôa have claimed their goal is to display “the ordinary life of a worker in a fable-like and inventive way, undaunted by the harshness and violence of the Brazilian reality.” Fortunately, one will find herein a good telegraphing of Araby‘s mood, visual sense, aural design, and James Joyce-inspired narrative, each enrapturing and mysterious in equal measure.

Andre, a teenager, lives in an industrial town in Brazil near an old aluminum factory. One day, a factory worker, Cristiano, suffers an accident. Asked to go to Cristiano’s house to pick up clothes and documents, Andre stumbles on a notebook, and it’s here that Araby begins — or, rather, transforms. As Andre reads from the journal entries, we are plunged into Cristiano’s life, into stories of his wanderings, adventures, and loves. Beautifully written and filmed, Araby is a fable-like road movie about a young man who sets off on a ten-year journey in search of a better life. Araby premieres at the Film Society of Lincoln Center on June 22, with a national rollout to follow.