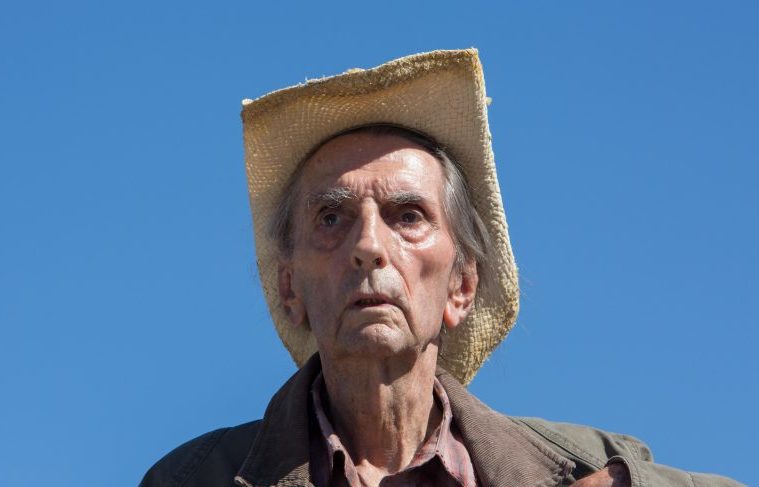 If you’ve already read our comprehensive, three-part fall-movie preview totaling 80 films, then you already have a strong sense of what will be included in this monthly round-up, but as new titles make their way to release calendars and our reviews come in, things will certainly shift. This month features the kick-off of fall film festivals, including Venice, TIFF, and NYFF, so check back for our coverage from each.

In the meantime, check out our recommendations of new releases below. It should be noted that this weekend, a 40th-anniversary restoration of Close Encounters of the Third Kind will get a nationwide release, thus proving to be the best option in an otherwise scarce lineup.

Synopsis: A group of bullied kids band together when a monster, taking the appearance of a clown, begins hunting children.

Why You Should See It: Following The Dark Tower, the next Stephen King adaptation has nowhere to go but up. While early buzz from studio-picked press has been positive thus far, I’ve heard less-than-stellar things from more trusted critics. That said, I’ll watch any film shot by Chung-hoon Chung, Park Chan-wook’s go-to cinematographer.

Synopsis: A woman gets obsessed with the case of a dead woman after learning that the woman had died shortly after having rung her door for help.

Why You Should See It: It feels strange not to anticipate a Dardennes film with every fiber of my body, but after a mixed response at Cannes last year and a delayed release, The Unknown Girl is quietly opening this month. We said in our review that it feels like the directors are “on auto-pilot,” but with some re-editing, perhaps a better version is now in store.

Synopsis: Teenagers Zach and Josh have been best friends their whole lives, but when a gruesome accident leads to a cover-up, the secret drives a wedge between them and propels them down a rabbit hole of escalating paranoia and violence.

Why You Should See It: One of our favorite films from this year’s Tribeca, we said in our review, “Set in an familiar and ambiguous time and place (mid-90s in anytown USA), Super Dark Times functions as a kind of trojan house until its twist. Delivering horror thrills, the Kevin Phillips-directed feature first and foremost invests in character development as an effective and sympathetic coming-of-age story until it lives up to its title.”

Synopsis: Goes inside an embattled urban police department struggling to rebuild trust in one of America’s most violent yet promising cities.

Why You Should See It: As the rallying cries for police reform get louder by the day, one filmmaker is diving into the middle of the issue. Peter Nicks’ The Force goes deep inside the Oakland Police Department and the results look to be a gripping, unsensationalized document. We said in our review, “The Force examines one of the most talked about issues in America from an ideal vantage point, revealing disheartening complexities with an intriguing momentum.”

Synopsis: A pilot lands work for the CIA and as a drug runner in the south during the 1980s.

Why You Should See It: Though The Mummy proved to be far from the cinematic-universe-starter that Universal hoped, they are staying in the Tom Cruise business. The action star has reteamed with his Edge of Tomorrow (aka Live Die Repeat) director Doug Liman for American Made, which finds Cruise playing Barry Seal, a TWA pilot who smuggled drugs, got busted, and was recruited by the CIA in the process. It sounds relatively grounded, at least in Cruise terms, and judging from early reactions, it’s said to mostly deliver. In a telling comment on Cruise’s current career, it’s already starting to be released in international territories.

Synopsis: This in-depth look into the powerhouse industries of big-game hunting, breeding and wildlife conservation in the U.S. and Africa unravels the complex consequences of treating animals as commodities.

Why You Should See It: One of the most controversial documentaries at Sundance this year. We said in our review, “There’s no clear answer for what to do here, like so much in this world. For every groundswell of social media support for a Cecil The Lion, there are a hundred (a thousand!) poaching atrocities committed in the name of protecting local farmers and fueling a growing hunting economy, and some of that is certainly legitimate.”

Synopsis: A couple’s relationship is tested when uninvited guests arrive at their home, disrupting their tranquil existence.

Why You Should See It: I’m not entirely sure what to expect from Darren Aronofsky’s new film, and I think that’s exactly the way he wants it. “It’s a cruise missile shooting into a wall, this film,” the director told Vulture. “I want audiences to be prepared for that and prepped that it’s a very intense ride.” With its cryptic trailers and release date landing so soon after a festival premiere, hopefully the mystery will be left intact and the adventure proves a disturbing, worthwhile one. At the very least, Anthony Bourdain is a fan.

Synopsis: Captures the world of wealthy Qatari sheikhs with a passion for amateur falconry.

Why You Should See It: There’s no shortage of sports for the upper class, but few are as absurd as falconry, especially when it comes to wealthy Qatari sheikhs. The Challenge, a winner at last year’s Locarno International Film Festival, finds director Yuri Ancarani capturing this extracurricular activity in a surreal fashion, unfolding in visually extravagant tableau fit for a museum projection. That’s not to take away from the cinematic quality of the film, however, which is one of the more transporting experiences one can have at a theater this year. Read our full review.

Synopsis: A father takes his son to tour colleges on the East Coast and meets up with an old friend who makes him feel inferior about his life’s choices.

Why You Should See It: Already having quite a summer with his writing duties on Beatriz at Dinner (not to mention a script credit on The Emoji Movie), Mike White is back with Brad’s Status, his first directorial feature in a decade. Starring Ben Stiller, it follows his character going through a mid-life crisis of sorts while also trying to help his son get into college. The trailer employed the mix of humorous drama that has defined White’s career, and hopefully it’ll be an early fall highlight.

Synopsis: A woman falls deeper into paranoia after taking a deadly drug.

Why You Should See It: As Tom Ford has proven, major players in the world of fashion design can yield great results in cinema. The latest to test this theory are Kate Mulleavy and Laura Mulleavy, founders of the label Rodarte. Their debut film, backed by A24, is Woodshock, which premieres at Venice then hits theaters soon after. Starring Kirsten Dunst, Joe Cole, and Pilou Asbæk, it looks to be a gorgeously rendered drama that borders on the experimental through a variety of dream-like shots.

Synopsis: Bia, Michele, Mariana and Renata are four affluent teens in Rio de Janeiro. When a wave of murders hits their neighborhood, the girls develop a morbid curiosity with the victims — breaking down the lines separating life, death and desire.

Why You Should See It:  After stopping by festivals such as SXSW, Venice, and New Directors/New Films, Anita Rocha da Silveira’s Kill Me Please will finally be hitting U.S. theaters this week. As we said in our review, “With its inky, stalking sense of darkness and warped surrealism, David Lynch’s Mulholland Dr. is an obvious touchstone for Silveira’s sensibility, but her visual milieu feels just as evocative of disparate directors such as Carlos Reygadas, Céline Sciamma, and Harmony Korine. Her camerawork doesn’t so much follow as glide, and Silveira isn’t shy about starbursts of color (e.g. a refracting neon purple prism from a headlight). The sequences are carefully composed but not immune to playful tricks, including a wide frame that suddenly erupts into a full music video to Bounce-style music.”

Synopsis: The spiritual journey of a ninety-year-old atheist.

Why You Should See It: Harry Dean Stanton and David Lynch are back together again in Lucky, directed by unforgettable character actor John Carroll Lynch (Zodiac, The Invitation). A highlight in our fall preview, we said this journey cuts through with humor, spirituality, and breathtaking imagery along the way. If you happen to be in NYC, we also recommend a retrospective at the Quad Cinema dedicated to the lead actor’s iconic body of work.

Synopsis: A feature film about the life and mysterious death of Vincent Van Gogh.

Why You Should See It: In a year full of minions, emojis, talking cars, and bossy babies, to say we’re looking for something a bit more compelling in the animated field is an understatement. Thankfully, a promising feature looks to be arriving this fall in the form of Loving Vincent, a Vincent Van Gogh biopic that’s also the first fully oil-painted feature film. 125 painters worked over six years, resulting in 65,000 painted frames, and Saoirse Ronan, Aidan Turner, Douglass Booth, Chris O’Dowd, and Helen McCrory are in its voice cast, with Clint Mansell on scoring duties.

Synopsis: A documentary that uses the rat–as well as the humans that love them, live with them, and kill them–to explore the history of Baltimore.

Why You Should See It: You will see no film this or any other year like Rat Film. “A horror movie. A nature documentary. An anthropological study. A history lesson. A social justice statement. All plus more. Rat Film is one of the most original films of the year, fiction or nonfiction, and it made me feel both as if I had learned a semester’s worth of knowledge and bereft of any idea as to how society’s problems can be mended,” we said in our review.

Synopsis: A look within the walls of the New York Public Library.

Why You Should See It: After exploring Queens’ Jackson Heights, London’s National Gallery, and California’s University of Berkeley, legendary documentary filmmaker Frederick Wiseman has set his sights on the New York Public Library. Clocking in at 200 minutes, it promises to be another intimate look at an iconic institution and, as his last few films have proven, the 87-year-old director is as sharp as ever.