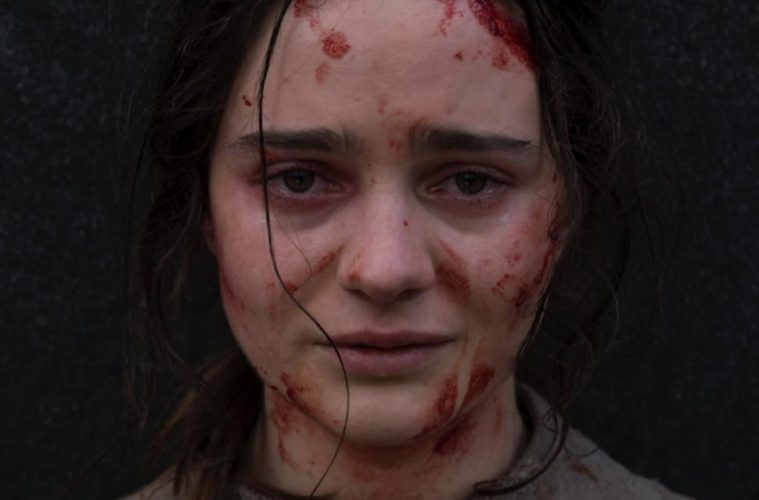 The summer movie season is now winding down and, in a reversal of prevailing expectations, August brings one of the best slates of the entire year. From stellar documentaries to heartfelt stories of romance to a 14-hour epic, it’s an eclectic lineup before the busy fall season begins.

This monthly rundown is usually reserved for new films, and Francis Ford Coppola’s latest project is no mere restoration, but rather a new “final cut” of Apocalypse Now–one that is getting an IMAX release. Nick Newman was at the world premiere at Tribeca Film Festival earlier this year, where he said, “More a reigned-in second stab than radical reworking, it suggests where he’d turned right or wrong, shows an affable stubbornness in the retention of lesser-liked pieces, and at day’s end maybe breeds further ambiguity as to what really shapes a masterpiece.”

A stand-out at this year’s Sundance Film Festival, Hari Sama takes a semi-autobiographical look at his fiery adolescence. Jared Mobarak said in his review, “The events onscreen are semi-autobiographical for Sama and thus a document of the turmoil those his age at the time faced when external expectations and internal hopes clashed. At its center: love. The power it has to bring us together opposite its potential to tear us apart.” One can also read our interview with the director here.

13. Give Me Liberty (Kirill Mikhanovsky; August 23)

If it wasn’t Vin Diesel behind the Fast & the Furious franchise, but rather a second-generation Russian-American living in a frigid Wisconsin, and if our protagonist’s goal wasn’t a victorious street race or bank heist, but rather dropping off handicapped people to their destination and his relatives to a funeral, you might have something like Give Me Liberty. I said at Sundance, “A kinetic, comedic journey taking place over a day, Kirill Mikhanovsky’s film is a bit too needlessly frenzy as it eventually runs out of steam, but is potent in its exploration of shared cross-cultural experiences.” With the film now receiving some trims for its theatrical release, we imagine a more satisfying experience is in store.

12. Ready or Not (Matt Bettinelli-Olpin and Tyler Gillett; August 21)

Every August there seems to be at least one pre-Halloween season horror film that delivers the right amount of thrills. Coming from the directing duo of Matt Bettinelli-Olpin and Tyler Gillett (aka Radio Silence), Ready or Not looks to fit the bill. Their follow-up to Devil’s Due and Southbound seems to inject a heavy dose of satirical comedy into this tale of a wedding tradition gone horrifically wrong when the bride fits back.

After being delayed for well over a year, Richard Linklater’s adaptation of the hit book Where’d You Go, Bernadette finally arrives this month. Led by Cate Blanchett in the story of motherhood, marriage, and a career deferred, we’ll have our full thoughts when the embargo goes up a few days before release.

A little later this year Shia LaBeouf will likely once again be the leading topic of conversation across Film Twitter for the deeply personal Honey Boy, but first, he’s going on an adventure. John Fink said in his SXSW review, “A triumph for diversity in casting, The Peanut Butter Falcon is an enormously endearing and often funny drama about two outlaws: Zac (Zack Gottsagen), a 22-year-old with down syndrome, and Tyler (Shia LaBeouf), a small-time crab fisher who sets his competition’s traps ablaze.”

Winner of the U.S. Grand Jury Prize at this year’s Sundance Film Festival, the harrowiing new documentary One Child Nation will arrive next week. Directed by Nanfu Wang (Hooligan Sparrow and I Am Another You) and Jialing Zhang (Complicit), the film traces the untold history of the implementation of China’s one-child policy from its inception in 1979 to its dissolution in 2015 and the continual impacts of the policy to the present day.

Bouncing back from the disaster that was The Cloverfield Paradox, director Julius Onah returned to more small-scale roots with his follow-up Luce, and it became one of the most acclaimed films from Sundance. Set for a release this week, the drama follows Kelvin Harrison Jr., Tim Roth, Naomi Watts, and Octavia Spencer as a psychological game of dangerous stereotypes play out in a high school. Jake Howell said in our Sundance review, “With its deconstruction of stereotypes and how people of color are set up to fail, this film, ultimately, is a major work of contemporary American cinema: complex, beguiling, and full of meaty discussion points that will challenge audiences throughout 2019 and beyond.”

After delivering a frightful experience (and unexpected LGBTQ icon) with The Babadook, Jennifer Kent is back with a brutal tale of revenge. Leonardo Goi said in his review from Venice, “Jennifer Kent’s The Nightingale features some of the most atrocious on-screen violence in recent memory. It is a cauldron of blood, murders, and rapes so unflinching in vividness and brutality as to make it impossible to go through its 136 minutes without ever turning away from the screen, let alone to come out of it untouched. But it is also, in a way that’s indissolubly bound to role that violence plays in Kent’s work, and to the depiction she offers of it, one of the most memorable works in its genre – a parable that never turns violence into a spectacle, but is resolutely committed to expose the poisonous double prism of racism and sexism it feeds upon.”

When it comes to dog movies, Hollywood usually piles on extraneous family-friendly melodrama to build up a narrative. A new documentary hailing for Chile, however, puts our stars–and pretty much only our stars–front and center. Los Reyes is a formally impressive, heartfelt look at canine best friends who more or less govern a skate park and those that cross their path. Told with a patient eye and little frills, one comes away with a raw, poignant feeling of camaraderie.

One of the most heartfelt, intimate, and ambitious directorial debuts I’ve seen this year is Lucio Castro’s End of the Century. Starring Juan Barberini, Ramón Pujol, and Mía Maestro, the film follows a seemingly random connection between two men that is then revealed to have a deeper meaning. With touches of the Before trilogy in both the way it plays with time as well as provide an intimate lens on a relationship, it’s essential viewing. Jason Ooi said in our review, “End of the Century is a love story drenched in a nostalgic magical realism that constantly shifts its own logic, as if recognizing the futility of containing its uncontainable romance.”

Directors Steven Bognar and Julia Reichert–who were Oscar-nominated for another look into the recession, The Last Truck: Closing of a GM Plant–are back with American Factory, a documentary that explores blue-collar workers of Dayton, Ohio who found a savior in a Chinese billionaire. Six years after the lifeblood that was a General Motors plant was shut down, the car-glass manufacturers Fuyao opened up their first American factory in the town, meaning thousands of new job opportunities. The promise of a steady income lifts the spirits of the workers, but an East vs. West clash of working methods quickly emerges, causing labor division, personal strife, and some unexpected camaraderie amongst the workforce. The directors “capture this conflict in it all its complications, humor, and heartbreak in their thoroughly engrossing” new film, I noted in my review from Sundance.

Philippe Lesage’s stunning coming-of-age film Genesis (aka Genèse) follows the lives of half-siblings Guillaume (Théodore Pellerin) and Charlotte (Noée Abita) as they traverse first love, desire, and danger. Zhuo-Ning Su said in his review, “In the grand scheme of things, teenage love affairs–together with all the raptures, jitters, devastations associated with them–probably don’t count that much. But then again probably everyone can relate to the sheer groundbreaking force of that first quickening of the heart, of that blinding rush of hormones that compels us to act with a recklessness that we’ll later learn to forever suppress. Quebecois filmmaker Philippe Lesage’s Genesis is an ode to that time in our lives when we still paid more attention to impulses than consequences. Trifling perhaps in terms of subject matter and scope, but it absolutely mesmerizes.”

The best documentary of the year thus far starts fairly inconspicuously, before it unfolds into something far more substantial and affecting. In 1961, Secretary-General of the United Nations Dag Hammarskjöld was killed in a plane crash in Africa under mysterious circumstances. Beginning as an investigation into his still-unsolved death, the trail that Mads Brügger follows in Cold Case Hammarskjöld is one that expands to implicate some of the world’s most powerful governments in unfathomably heinous crimes. I said in my review, “Sitting down for the documentary, I had virtually no knowledge or interest in a Swedish Secretary-General who died over half-a-century ago. By the first half, I was fully invested in the case. At the finale, I was reeling from the atrocities that were uncovered and enraged that it has taken this long to bring them to the surface. If it wasn’t for Brügger’s desire for the truth, they may have stayed dormant forever, and that precise depiction of the grueling investigative process, along with the staggering revelations found therein, makes Cold Case essential viewing.”

Clocking in at a staggering 14 hours, Mariano Llinás’ epic new film La Flor was a decade in the making and shot across three continents. Starring Elisa Carricajo, Valeria Correa, Pilar Gamboa, and Laura Paredes across six episodes (screened in four parts for its theatrical release), it certainly won’t be reaching multiplexes across the country, but if it’s coming near you, it’s an experience unlike any other you’ll have this year, or likely in many years. Calling it “a landmark in filmmaking,” Leonardo Goi said in his rare A-grade review from Locarno, “This film is about its four actresses in the sense that it is a testament to how their craft developed through time. And the feeling of awe that transpires from that late montage, the feeling of having watched four artists grow, is indissolubly contingent on the film’s colossal length.”