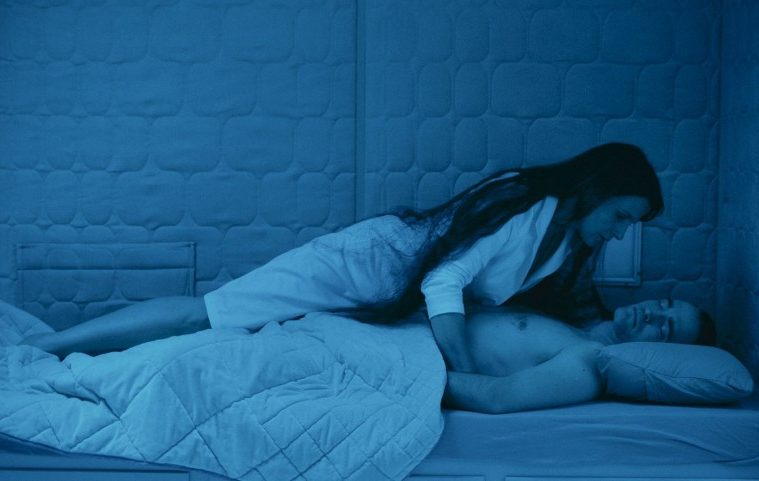 Considering how packed the fall slate can be, distributors often hold their stranger, bolder films for a spring release when they have the opportunity to better thrive. That’s certainly the case this April, when some of the most daring releases will hit theaters, along with some promising studio fare, must-see documentaries, and more.

Chalk this one up to mere curiosity more than anything else. The downfall of The Weinstein Company meant that a number of films were left by the wayside, waiting to be picked up by other distributors. One that has taken awhile is Mary Magdalene, a Biblical drama from Garth Davis (Lion). After getting an Easter-timed released elsewhere last year, it’ll now open in the U.S. around that time this year, courtesy of IFC Films. Starring Rooney Mara as the title character and Joaquin Phoenix as Jesus, I’ll be curious to see two of our finest actors in yet another collaboration.

While there’s a certain superhero film that is on most radars, we have to say this DC offering looks to bring a much greater deal of fun. Jared Mobarak said in his review, “Horror director David F. Sandberg is the perfect choice to bring this character to fruition because of these nightmarish themes. The sins’ creature design is memorably grotesque and the sense of apprehension as far as Billy living up to a destiny he never asked for is palpable thanks to a resonant backstory rooted in abandonment. That horror mindset leading to effective scare tactics is also perfect for the humor inherent to material centering on a fourteen-year-old with the physique of a thirty-something and God-like powers at his fingertips.”

As superhero films dominate the Hollywood tentpole marketplace, smaller productions are finding more interesting ways to expand the storytelling boundaries of such tales. This year, Julia Hart follows up her excellent drama Miss Stevens (which was a break-out role for Timothée Chalamet) with her own take on superheroes in Fast Color. Starring Gugu Mbatha-Raw as a woman with special abilities that must go on the run, the film premiered at SXSW last year and will now arrive this month.

Throughout his career as a director, Terry Gilliam has aimed to portray the outlandish and disorderly in imaginative, transportive ways. His greatest achievements are able to synthesize less a narrative coherence and more an emotional attachment to a character’s eccentric journey through various stages of bewilderment. His long-burning passion project The Man Who Killed Don Quixote–finally seeing the light of day some 30 years later–clearly aims to be an epic descent into chaos, but the adventure often has trouble conveying a sense of entertaining spectacle to go along with the frivolous bafflement. Still, there’s enough to recommend here, especially for those curious to what exactly Gilliam has been dreaming up the last few decades.

11. Be Natural: The Untold Story of Alice Guy-Blaché (Pamela B. Green: April 26)

“Alice Guy Blaché helped invent cinema as we know it,” Manohla Dargis recently wrote in The New York Times. The early cinema pioneer, who broke into the industry at the age of 21, went on to direct over 1,000 films, yet largely seems to be written out of film history, at least when compared to her male peers. A new documentary, narrated by Jodie Foster, now aims to correct that narrative with what looks to be an essential, empowering look at early movie-making.

While not received with the same amount of acclaim as his prior features, a new Mike Leigh film still beckons our attention. Rory O’Connor said in his review,” Leigh translates the defining moment–and those in the immediate lead-up–to the screen with tremendous weight and great clarity, making the sense of tragedy all the more potent. Indeed, if audiences are prepared to sit up straight, take in an opening dialectic, and forgive the understandable shortcomings of some performers, there are many important, fascinating, and devastating truths to be found here.”

While I’m embargoed from telling you any thoughts on the new Laika animation, I’ll just say the years between their releases–in which our eyes are exposed to hours of unimaginative, cookie-cutter Hollywood animations, be it through marketing or, in the rare case, actually seeing the ghastly creations–always seems to be just enough time to crave their visually inventive worlds. So, for those yearning to see the company’s most epic adventure yet, prepare to be satiated.

The top winner at Locarno last year will land on Netflix this month, but those in NYC get the rare chance to see it theatrically. Rory O’Connor said in his review, “His story tells of a detective who arrives on a land reclamation site to investigate how and why one of the workers disappeared. What Yeo presents is remarkable for its style and ambition but also for its scattered folly, a world of Lynchian dreams and techno-surrealism that somehow echoes both Chinatown and Wong Kar-wai. It’s also a tale buckling at the knees under all that symbolism and with at least one too many loose ends left dangling.”

South Korean filmmaker Hong Sangsoo is returning with his second U.S. release of the year. Rory O’Connor said in his review, “The artistic relationship shared by Hong and Kim Min-hee has been key to the filmmaker’s recent run of exceptional films and it goes without saying that the actress’ involvement has paralleled the director’s own evolving scrutiny of gender roles in his work. In Grass she appears no less statuesque in her undeniable beauty but–as in last year’s On The Beach at Night Alone and The Day After–there is a newfound saltiness to how her character deals with the men who surround her, often meeting their groveling advances with a bemused dismissiveness that makes them look all the more foolish. The prime culprit this time is a writer whose self-involvement is so great he feels it appropriate to request that she move in with him in order to be his own live-in muse.”

After continuing to delay David Robert Mitchell’s It Follows follow-up, if all goes according to plan, A24 will actually release his modern noir this month. Giovanni Marchini Camia said in his review, ” David Robert Mitchell is a nostalgic. His debut feature, The Myth of the American Sleepover, paid tribute to such teenage dramas as American Graffiti and the work of John Hughes. Its follow-up, the terrific It Follows, ranks amongst the smartest and most effective specimens in John Carpenter’s vast and variegated suburban horror legacy. Mitchell has now tried his hand at an L.A. noir with Under the Silver Lake, which owes as big a debt to The Long Goodbye, Mulholland Drive, and Inherent Vice (to mention but three of the most conspicuous referents) as it does Thomas Pynchon’s labyrinthine, paranoia-laden narratives.”

For many, the Satanic Temple only enters their radar when they make headlines, whether it is suing the producers of Sabrina for using the likeness of their deity or putting their stamp of approval on The Witch. At Sundance this year, one dove much deeper into the religious movement with a new documentary from Penny Lane, the filmmaker behind The Pain of Others, NUTS!, Our Nixon, and more.  Jake Howell said in our review, “Amusingly, Penny Lane’s documentary Hail Satan? is interested in clarifying one critical misconception about the Satanic Temple: its members don’t, in fact, worship the Devil at all. Rather, the organization—or religion, as they’d prefer to be called—is, essentially, an ultimately altruistic group of people, typically self-proclaimed misfits, who wish to highlight the double standards of the so-called separation of church and state—all while co-opting Satanic iconography to get a rise out of Christian conservatives.”

Nearly 50 years after it was filmed, the recording of what would be the most successful gospel album of all time has now seen the light of day. After touring festivals since last fall, Aretha Franklin’s Amazing Grace will finally see a release this month courtesy of NEON. Produced and realized by Alan Elliott, with uncredited direction by Sydney Pollack,  John Fink said in his review, “A time capsule that’s as fresh and powerful an experience as it must have been when recorded live in Watts in 1972, Amazing Grace is arguably one of the year’s most-anticipated films arriving after years of litigation and a near-fatal technical glitch that was resolved thanks to digital workflows.”

In a not-so-bold prediction, when the books are closed on 2019 films, few performances will stand out as much as Elisabeth Moss in Her Smell. Alex Ross Perry’s punk epic tackles a fierce range of emotions across its five intimate scenes as we follow Becky Something (Moss), a rock ‘n’ roll legend who is dealing with a different side (and level) of fame. The director, with his team of composer Keegan DeWitt, cinematographer Sean Price Williams, and editor Robert Greene, create a music film no other. Kyle Pletcher said in our NYFF review, “The tribulations of musicianship have long fascinated filmmakers and audiences alike. Although these struggles are typically emphasized for dramatic purposes, rarely is the viewer subjected to the downward spiral of one of these artists for the overwhelming majority of the runtime, let alone with such intoxicating lucidity; a feat that Alex Ross Perry’s Her Smell accomplishes with flying colors.”

After helping the best film of 2018 reach a larger audience, A24 will hopefully be doing the same when it comes to Claire Denis’ erotic, frightening, beautiful, and strange sci-fi odyssey High Life. An unclassifiable, riveting journey into the depths of the unknown (both as it pertains to space and human desires), Josh Lewis said in his review, “While High Life has understandably drawn all kinds of comparisons to the 60s and 70s cerebral sci-fi canon (notably Solaris and 2001: A Space Odyssey), for both its abstract use of space imagery and its minimalist ship design which more often than not resembles an artificially-lit hospital filled with dated technology, its soul is firmly in the sensibilities of its filmmaker, French master Claire Denis, who mines the genre for a deeply sensorial and moving portrait of the misery and horror parents are willing and perhaps responsible to endure so their children might not have to.”

One of the most staggering cinematic experiences of recent years was seeing Bi Gan’s transportive, dreamlike odyssey Long Day’s into Night at the New York Film Festival last fall. Now set for an April release via Kino Lorber, the 3D film—which concludes with an astounding hour-long single take through multiple towns and above—follows a detective’s journey to track down a mysterious woman. Giovanni Marchini Camia said in his review from Cannes, “Journey‘s opening half, steeped in a ravishing neo-noir aesthetic, owes a big debt to Wong Kar-wai, especially In the Mood For Love, aiming for a similarly heady atmosphere of romance, nostalgia, and regret.”