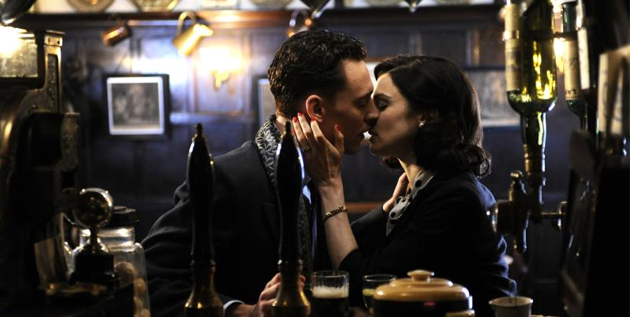 10 Films To See In March With the awards race in the rearview mirror, it is time to place the spotlight entirely on 2012 and with it, we’ve decided on a new focus for this monthly rundown. In an effort to be more faithful to the headline and give you the highest of quality, from here on forward we will be strictly expanding on just ten films per month and put “matinees” at the top in a simple list along with their opening date. Without further adieu, check out the list below.

Synopsis: After bringing democracy to his country, President Mohamed Nasheed of the Maldives, the lowest-lying country in the world, takes up the fight to keep his homeland from disappearing under the sea.

Why You Should See It:  After winning the audience documentary award at the Toronto International Film Festival, The Island President will be getting a limited release this month. The Radiohead songs for the soundtrack will be a big selling point for some, but this is a gripping, fascinating portrayal of a man dedicated to his job. The recent news of his upheaval makes the experience even more impactful.

Synopsis: A substitute teacher who drifts from classroom to classroom finds a connection to the students and teachers during his latest assignment.

Why You Should See It: I’ll let our review for this one speak for itself: “Tony Kaye has created an uncompromisingly raw look at how a bleak situation brings out both the best and worst in us while also taking some well-deserved shots at the failing public school system. Brody is jaw-dropping, and the rest of the cast excels despite some shortcomings in the storytelling. In a deeply affecting way, Detachment will break your heart and shake you to your core.”

Synopsis: Two best friends decide to have a child together while keeping their relationship platonic, so they can avoid the toll kids can take on romantic relationships.

Why You Should See It: While many will make comparisons to Bridesmaids – the cast includes Jon Hamm, Kristen Wiig, Maya Rudolph and Chris O’Dowd – Jennifer Westfeldt‘s Friend with Kids is a different breed of comedy. Led by Westfeldt and Adam Scott, this takes a look at the next step in life, family. The balance of humor and drama is strong here, but with a fairly breezy tone that makes this a worthwhile, fun watch.

Synopsis: A documentary on peer-to-peer bullying in schools across America.

Why You Should See It: Harvey Weinstein is already stirring up controversy for this documentary, requesting the MPAA lower the R-rating, but no matter how that turns out, someone will be able to see it this in limited release this month. After great festival reviews, I’m intrigued to see how Hirsch handles such a hot button issue.

Synopsis: Transplanted to Mars, a Civil War vet discovers a lush planet inhabited by 12-foot tall barbarians. Finding himself a prisoner of these creatures, he escapes only to encounter a princess who is in desperate need of a savior.

Why You Should See It: Although it has carried a weight of bad buzz the last few months, things are finally looking up for this sci-fi epic. Response out of the gate from press and audiences alike is strong and although Disney delivered one of the worst marketing campaigns in some time, we are still getting a new film from the director of Wall-E and Finding Nemo. How can you not be excited?

Synopsis: The wife of a British Judge is caught in a self-destructive love affair with a Royal Air Force pilot.

Why You Should See It: One film I saw at Toronto last year that grew on me considerably is Terence Davies‘ slow-burn romance drama The Deep Blue Sea. After Midnight in Paris, Thor and War Horse, Tom Hiddleston continues his break-out streak with what might be his best of the bunch. Looking at the tough side of romance, Rachel Weisz leads this stirringly realistic portrait of love.

Synopsis: A pair of underachieving cops are sent back to a local high school to blend in and bring down a synthetic drug ring.

Why You Should See It: With 21 Jump Street, the jump to live-action from the Cloudy With a Chance of Meatballs directors is a successful one. For those worried about remake-itis, they have crafted a film that pokes fun at all of Hollywood’s tired tendencies, while also delivering a worthwhile story and one-liners that we will be repeating for quite some time.

Synopsis: Two guys get a billion dollars to make a movie, only to watch their dream run off course. In order to make the money back, they then attempt to revitalize a failing shopping mall.

Why You Should See It: You either like this duo or you don’t. Although I previously hadn’t seen any of their work, I certainly fell in love with Tim & Eric during a Sundance screening of this film (review here). In tears from pretty much beginning to end, this is the ultimate in absurdist comedy. It’ll be opening in limited theaters this month, but anyone can currently experience it on VOD.

Synopsis: Abandoned by his father, a young boy is left in a state-run youth farm. In a random act of kindness, the town hairdresser agrees to foster him on weekends.

Why You Should See It: Premiering nearly a year ago at Cannes, the next film from the Dardennes is finally arriving stateside. Bike is another knock-out from the duo, featuring wonderfully-realized relationships and stirring performances.

Synopsis: A SWAT team becomes trapped in a tenement run by a ruthless mobster and his army of killers and thugs.

Why You Should See It: The Indonesian action flick blew up at TIFF and will now arrive via Sony Pictures Classics this month. Taking place among 15 floors of an apartment building, this is some of the best action I have seen in years. Evans was inspired by films like Hard Boiled, Die Hard and Assault On Precinct 13, but he’s certainly crafted a film unique to his own style. Check out our Sundance review here.