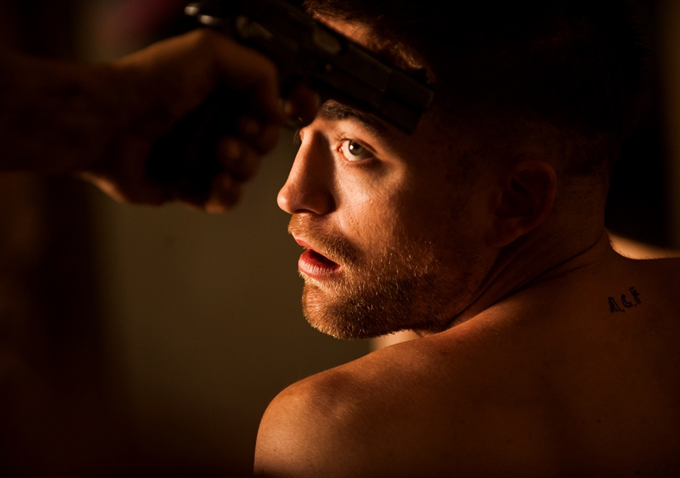 If one discounts Hollywood’s parameters, June marks the true start of the summer and, on that occasion, a variety of popcorn tentpoles will be arriving both on the comedy and action side, not to mention some of the best independent films of this year thus far. While it may reign at the box-office, we aren’t looking forward to a certain Michael Bay blockbuster, but thankfully one of the year’s most thrilling actioners (with some brains included) will be arriving the same day.

Without further ado, check out the rundown below (yes, the follow-up to How to Train Your Dragon was a sliver away from making this list, as it’s a film we hope will break DreamWorks’ streak of lackluster sequels) and let us know what you’re most looking forward to in the comments. Synopsis: A soldier fighting in a war with aliens finds himself caught in a time loop of his last day in the battle, though he becomes better skilled along the way.

Why You Should See It: With a budget that’s reportedly in the $200 million range, Doug Liman‘s blockbuster is certainly a gamble in a summer full of sure-bet sequels, yet this feature, based on Hiroshi Sakurazaka‘s source material, has received surprisingly strong buzz. While a fairly generic marketing campaign hasn’t done the film any favors, reviews have been praising the top-notch entertainment value found in Tom Cruise‘s latest, so check back for our full take this week to see if we agree.

Synopsis: The story of four young men from the wrong side of the tracks in New Jersey who came together to form the iconic 1960s rock group The Four Seasons.

Why You Should See It: If you’ve been let down by Clint Eastwood‘s recent directorial efforts, the helmer looks to be bringing more energy to the table with this adaptation of the Tony-winning musical. For exuding a Goodfellas vibe in the first trailer, here’s hoping his first summer release in quite some time is one to seek out amongst the season’s generic fare.

Synopsis: A twenty-something comedienne’s unplanned pregnancy forces her to confront the realities of independent womanhood for the first time.

Why You Should See It: Breaking the mold of the standard romantic comedy, Gillian Robespierre‘s Sundance hit is a refreshingly frank and honest look at a the struggles of aspiring stand-up comedian Donna Stern (Jenny Slate, in what’s sure to be a break-out performance). In our Sundance review, we said, “If Paul Feig‘s Bridesmaids can be credited for commercializing the female gross-out comedy of this day and age, Obvious Child does well in bringing it back down to earth within a more contained, personal environment.” Synopsis: After making their way through high school (twice), big changes are in store for officers Schmidt and Jenko when they go deep undercover at a local college.

Why You Should See It: After crafting what might be the best animated film of the year with The LEGO Movie, Phil Lord and Chris Miller are returning to lay claim to the R-rated studio comedy in their follow-up to 21 Jump Street. Sequels are, as proven time and time again in Hollywood, a tricky thing to get right, but with a self-aware notion when it comes to this series, we’re confident it’ll be one of the funniest films of the summer.

Synopsis: 10 years after a global economic collapse, a hardened, ruthless ex-soldier tracks down the men who stole his only possession. As he travels through the lawless Australian outback, he takes a damaged young man as his unwitting accomplice.

Why You Should See It: Following up his break-out family drama Animal Kingdom, one might be surprised to find that Australia’s David Michôd has, in some ways, scaled down for his next film, The Rover. While he creates an arresting vision of the near-future, this sophomore effort is a rather compact story of justice in a land of isolation. With Guy Pearce giving a commanding performance and Robert Pattinson‘s character making for a strong counterpart, we recommend seeking it out this month.

Synopsis: They Came Together relates the epic love story of Joel, a corporate executive for Candy Systems and Research, a mega candy store chain, and Molly, the owner of a small sweet shop called Upper Sweet Side.

Why You Should See It: After earning much praise at its Sundance premiere, the latest feature from Wet Hot American Summer director David Wain, They Came Together, will finally be arriving in theaters this month. Following Paul Rudd and Amy Poehler in a deconstruction of the romantic-comedy genre, we simply can’t wait to see what the talented helmer (and co-writer Michael Showalter) has up his sleeve.

Synopsis: An embittered law student commits a brutal double murder; a family man takes the fall and is forced into a harsh prison sentence; a mother and her two children wander the countryside looking for some kind of redemption.

Why You Should See It: No, the latest 250-minute film from Lav Diaz won’t be getting a wide release, but if you have the chance, we highly recommend seeking it out. One of our favorite films of 2013, having seen it on the festival circuit, we said, “[T]he passage of time comes inevitable in actually engaging with it, as it’s intentionally most felt in the film’s strongest passage, in which its narrative strands stop at their seeming rigorous narrative and thematic development to simply depict life occurring at its own pace.”

Synopsis: An actress attempts to convince a director how she’s perfect for a role in his upcoming production.

Why You Should See It: Once again adapting a stage play, Roman Polanski‘s take on Venus In Fur is more playful and cinematic than one might garner from his last feature, Carnage. Featuring committed performances by Mathieu Amalric, and, most strikingly, Emmanuelle Seigner, we watch as “Vanda slyly coerces Thomas into enveloping the role of the character, while Polanski toys with the unwitting audience and the paradox of the theatrics: an audition within a play within a film.”

Synopsis: A vagrant enters the lives of an arrogant upper-class family, turning their lives into a psychological nightmare in the process.

Why You Should See It:  If one is looking for a film that doesn’t traverse the well-worn path this summer, it’s difficult to imagine anything that will be more striking and darkly funny than Borgman. We said, in our review, “Reminiscent of such films like Ben Wheatley‘s Kill List, Michael Haneke‘s Funny Games and cult hit The Wicker Man, the drama slowly creeps under your skin with an unsuspecting dose of malice. Equal parts mystery and dark satire, Borgman is an original take on an abstract horror premise that never fully appears to be what you might expect it to be.” Synopsis: In a future where a failed global-warming experiment kills off all life on the planet except for a lucky few that boarded the Snowpiercer, a train that travels around the globe, where a class system evolves.

Why You Should See It: It’s almost a miracle that Snowpiercer has arrived in the United States unscathed by The Weinstein Company, but at the end of the month you’ll be able to see this bold, brutal thriller the way Bong Joon-ho intended. Being released in a limited capacity — as well as nationwide, on VOD, thanks to their off-shoot, Radius-TWC — Snowpiercer is one of the most acutely engineered thrillers I’ve seen in quite some time. Stock full of intriguing ideas and a host of memorable characters, our review will be coming shortly — but rest assured that it’s a must-see.