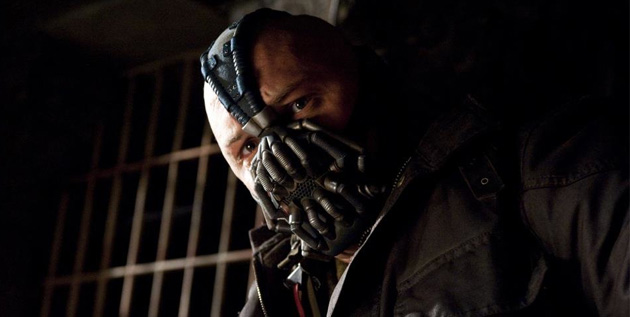 It’s impossible to ignore the clear contender for most-anticipated film of the month, let alone year, but will Christopher Nolan‘s Batman trilogy end with a whimper or a bang? While we wait a few weeks to find out, there’s plenty of promising alternatives with some great documentaries, indie offerings and few other blockbusters. Be sure to check your local listings to see when some of these hit your area, as well as VOD platforms. See our picks for matinees below, followed by our top 10 must-sees.

10. Shut Up and Play the Hits (Will Lovelace, Dylan Southern; July 18th)

Synopsis: On April 2nd 2011, LCD Soundsystem played its final show at Madison Square Garden. Documenting this once in a life time performance and an intimate portrait of James Murphy as he navigates the lead-up to the show, the day after, and the personal and professional ramifications of his decision.

Why You Should See It: It’s been well over a year now since LCD Soundsystem’s final show, but now we’ll be able to relive the experience thanks to a expertly shot and insanely loud documentary. I was able to check it out at Sundance (full review here) and while I believe this one is only for fans, it’s quite a special treat. Like their final show, this film is only getting a limited, one-day, one-show theatrical release. So, check the list to see if it’s coming close to you and get ready to rock out.

Synopsis: Peter Parker finds a clue that might help him understand why his parents disappeared when he was young. His path puts him on a collision course with Dr. Curt Connors, his father’s former partner.

Why You Should See It: Seemingly overshadowed by a few other major summer films, the show-all marketing has deterred me a bit from this new Spider-Man feature. Our early review hints that 500 Days of Summer director Marc Webb nails the character moments, as he should, but that the action is lacking. When it comes to most other tentpoles severely heading in the other direction, I’m hoping this is a nice surprise.

Synopsis: A documentary that follows a billionaire couple as they begin construction on a mansion inspired by Versailles. During the next two years, their empire, fueled by the real estate bubble and cheap money, falters due to the economic crisis.

Why You Should See It: In her latest documentary Lauren Greenfield takes on the rich, in fact, one of the wealthiest couples in the world. With the recession in full swing, she takes a captivating look at just how this economic downswing effects and the results are a mix of hilarity and tragedy. In our Sundance review, we called it “a thought-provoking and entertaining examination of our culture of greed that can’t shake the feeling of reality television.”

Synopsis: Pot growers Ben and Chon face off against the Mexican drug cartel who kidnapped their shared girlfriend.

Why You Should See It: Marking a much-needed return to the R-rated crime drama genre, Oliver Stone seems to be serving up something a little different that most of our summer fare with Savages. Based on Don Winslow’s novel this one also features one of the best ensembles of the year with Blake Lively, Aaron Johnson, Taylor Kitsch, Benicio Del Toro, Uma Thurman, John Travolta, Demian Bichir, Salma Hayek, Joel David Moore and Emile Hirsch.

Why You Should See It: Winning the audience and grand prize awards for documentary at Sundance this year, Searching For Sugar Man is making its way to limited release this year and while many probably heard of rock musician Rodriguez, this is said to be an invigorating look at one wild story.

Synopsis: A novelist struggling with writer’s block finds romance in a most unusual way: by creating a female character he thinks will love him, then willing her into existence.

Why You Should See It: It’s been six years since Jonathan Dayton and Valerie Faris skyrocketed into fame with the indie Little Miss Sunshine and now the directing duo are finally back at it with this dramedy written by Zoe Kazan, who co-stars with real-life boyfriend Paul Dano. I was unsure based on the trailer, but a wealth of positive reviews coming out of Los Angeles Film Festival have us anticipating this one.

Synopsis: Suburban dads who form a neighborhood watch group as a way to get out of their day-to-day family routines find themselves defending the Earth from an alien invasion.

Why You Should See It: If you’ve seen the brilliantly absurd Hot Rod, then you know why this comedy is so high up this month’s list. Director Akiva Schaffer is back and if all else fails, he’s brought Richard Ayoade to the forefront of Hollywood. Thankfully, all of the trailers have been hilarious and looked to deliver some much-needed quality summer comedy.

Synopsis: After making a wrong move, resulting in his brother-in-law falling off a ladder, Frank must take care of his nephew Bo and include him in an all-male canoe-trip, which was planned before the accident.

Why You Should See It: While summer is a hotbed for major studio comedies, there’s a certain foreign import that will likely hit your subversive funny bone better than any other options. Although it debuted in 2010, this Danish drama certainly earns in R-rating hitting about every dark area of comedy that others fear to head into. Hitting VOD on the same day, there’s no excuse not to check this one out.

Synopsis: A documentary centered on a young Frenchman who convinces a grieving Texas family that he is their 16-year-old son who went missing for 3 years.

Why You Should See It: We’ve already covered one documentary surrounding a mysterious central subject hitting theaters this month and now another, even more perplexing story is unfolding. It’s said you’ll want to know as little as possible heading into this story of a missing person, so we’re riding off the overwhelming response from festivals and highly recommending this one.

Synopsis: Eight years after Batman took the fall for Two Face’s crimes, a new terrorist leader, Bane, overwhelms Gotham’s finest, and the Dark Knight resurfaces to protect a city that has branded him an enemy.

Why You Should See It: Until we actually get to see this blockbuster in a few weeks, there’s literally nothing left to say regarding Christopher Nolan‘s final entry in his Batman series. I’ll throw out that, above all, I’m most excited about the further push in technology, with Wally Pfister shooting about an hour of the film with glorious IMAX cameras. Let’s hope that the spectacle can match the story here.

What are you looking forward to see this month?