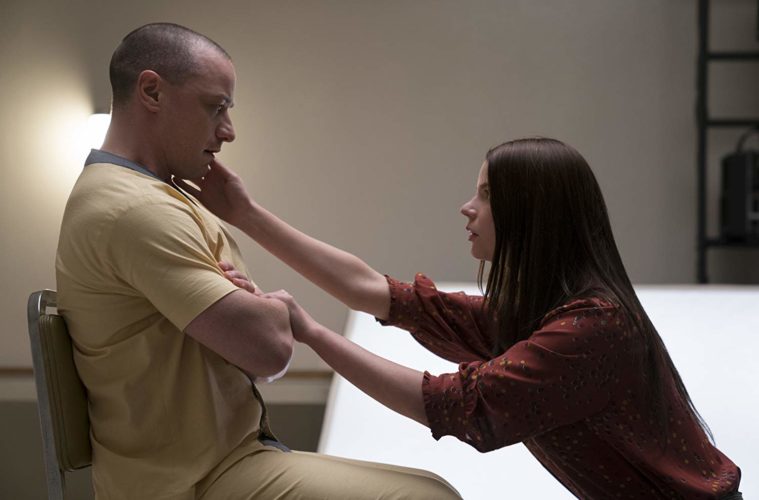 While you catch up on the best films of 2018, it’s time to turn to the handful of highlights as we enter the first month of the new year. Along with a handful of festival favorites finally getting U.S. releases, there are a few promising studio features amongst Hollywood’s dumping ground.

Starring Katherine Waterston and Michael Shannon, State Like Sleep follows a widow who must dig up a dark past a year after her husband died. A premiere at Tribeca Film Festival earlier this year where it received favorable reviews, it looks like a strong showcase for the Inherent Vice star as she goes down the rabbit hole of a criminal underworld.

After winning Berlinale nearly a year ago, Touch Me Not is now getting a theatrical run. Ed Frankl said in his review, “A blend of documentary, fiction, staged therapy, and biography–with considerable full-frontal nudity and sex–the surprise winner of the Berlinale’s Golden Bear is a film not easily summed up in an elevator pitch. It is, however, a studious, intelligent, if flawed and scattershot, work with an open mind about modern sexuality and intimacy. That open mind will need to be replicated in the audience too.”

A more terrifyingly realistic Jurassic Park sequel than any we’ve gotten this decade, Genesis 2.0 is a two-fold look at both scientists who aim to resurrect extinct species as well as mammoth tusk hunters in northern Siberia. While it can feel like two separate documentaries at times, they do eventually gel well enough to make this Sundance documentary a fascinating, perhaps scarily prescient watch.

Premiering at the Berlin International Film Festival earlier this year, Marcelo Martinessi’s debut film The Heiresses went on to win both the Best Actress prize (for Ana Brun’s lead performance) and the Alfred Bauer Prize. The drama, which is getting a limited theatrical run this month, follows an upper-class couple in Paraguay who hit financial troubles as they adjust to the hardships of their new situation.

One of the works shortlisted for Best Animated Film at this year’s Oscars, we were big fans of this Brazilian animation. Jared Mobarak said in his review, “Just like Issa López did in Mexico with Tigers Are Not Afraid, Brazilians Gabriel Bitar, André Catoto, and Gustavo Steinberg have crafted Tito and the Birds as a powerful metaphor utilizing reality’s horrors to drive home a point too many have resigned themselves into ignoring.”

After arriving on the scene back in 2011 with his mightly impressive directorial debut Attack the Block (along with a writing credit on The Adventures of Tintin: The Secret of the Unicorn), it’s been a long wait to see what Joe Cornish would do next. He was attached to a number of projects, but now he’s finally back with The Kid Who Would Be King. Once again capturing a group of teenagers getting into an adventure, his new film takes on the King Arthur tale with some modern-day, self-referential wit.

Moving from a fall awards season slot to a January release is often the death knell for a film, but when it comes to Serenity, it made our anticipation skyrocket. From its first trailer, Steven Knight’s latest film, starring Anna Hathaway and Matthew McConaughey, looked like gloriously pulpy B-movie entertainment and its distributors seem to agree, slotting it in an early-year release instead.

I mean, look at the image. If you need another reason, M. Night Shyamalan is a far more interesting director than most have given him credit for, even post-2004. With a recent resurgence as he builds out the shared world of Split and Unbreakable, hopefully this is the rare franchise film that can feel fresh.

Another miraculous, meticulously feat of cinematic collage, The Image Book finds the French New Wave icon continuing his boundary-pushing editing techniques, both in video and sound (to see this at Alice Tully Hall during New York Film Festival was something truly special).  Rory O’Connor said in his Cannes review, “Split into five sections of various lengths titled REMAKES, BOOK OF LAW, CENTRAL AREA, and two others that proved too long for both my memory and my notebook, Le Livre d’Image (for now known as The Image Book in English) offers a collection of fragmented thoughts on cinema and geopolitics, I think.”

Nuri Bilge Ceylan returned to Cannes Film Festival this year with the beautiful and, of course, patiently-paced drama The Wild Pear Tree, following up his Palme d’Or winner Winter’s Sleep. Telling the story of a writer returning home to reconnect with his father, Rory O’Connor said in his rave review, ” Do not be deterred by that running time. The staggering emotional payoff — a transcendental moment so beautiful in its simplicity that the previous three hours of seriousness appear to melt away — is worth every last minute.”

What are you watching the month?