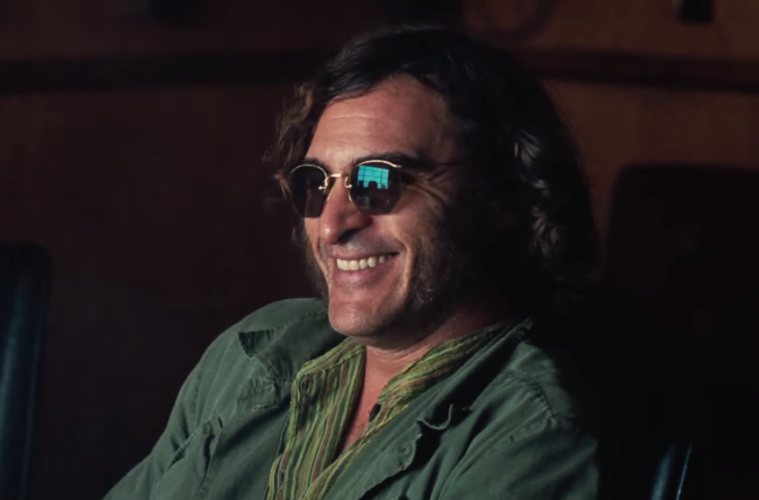 10 Films to See In December We’ve arrived at the final month of the year and, as our various wrap-ups arrive over the coming weeks (see them all here), there’s still a handful of worthwhile features to seek out. Among them is perhaps the finest film of 2014, a batch of festival favorites (mostly from this year’s Cannes), and one of the year’s biggest undertakings.

As one can see by the matinees, it was difficult to pare down to 10, as respectable, but ultimately underwhelming dramas such as Miss Julie and A Most Violent Year failed to make the the cut; we also couldn’t find a place for The Interview, which we’re hoping makes for some much-needed Oscar-bait relief come Christmas.

Lastly, it should be noted that a great number of films listed below won’t be immediately available everywhere, but will receive a staggered release continuing into next month, so return for updates. Check out the list below and let us know what you’re most looking forward to.

Synopsis: A chronicle of the life of Louis Zamperini, an Olympic runner who was taken prisoner by Japanese forces during World War II.

Why You Should See It: Angelina Jolie’s sophomore effort has barely been seen yet, but early word is on the positive, if reserved, side. While it seems tailor-made for the awards season, we hope there’s more to be experienced under the surface, particularly due to the Coens‘ involvement in scripting and Roger Deakins guiding the cinematography. It’s also seemingly the perfect stage for Jack O’Connell to showcase his talents to the world, after impressing in independent dramas such as Starred Up and ’71. Synopsis: The defiant leader Moses rises up against the Egyptian Pharaoh Ramses, setting 600,000 slaves on a monumental journey of escape from Egypt and its terrifying cycle of deadly plagues.

Why You Should See It: Despite how one may feel about Ridley Scott‘s latest films, there’s usually something interesting going on, whether it be on the visual side (Prometheus) or thanks to the script (The Counselor). His most recent feature, a retelling of the Moses story, looks to likely fall in the former category, as it’s his biggest production yet. Early reviews have been far from overwhelmingly positive, but here’s hoping Scott and company have found a reason to revisit the Biblical epic.

Synopsis: Saoirse is a child who is the last of the selkies, women in Irish and Scottish legends who transform from seals into people. She escapes from her grandmother’s home to journey to the sea and free fairy creatures trapped in the modern world.

Why You Should See It: As we said in our review, “Children will be consumed by the film’s visual splendor and taken by its lighthearted humor, and if they are able to leave the theater having gained anything from the central brother-sister relationship, that’s an added bonus. Parents and adults, meanwhile, would be hard-pressed not to be moved by Song of the Sea’s emotional core.” Synopsis: The story of Dr. Martin Luther King, Jr.’s historic struggle to secure voting rights for all people – a dangerous and terrifying campaign that culminated with the epic march from Selma to Montgomery, Alabama, and led to President Johnson signing the Voting Rights Act of 1965.

Why You Should See It: Ava DuVernay‘s first studio feature premiered to ecstatic praise at AFI Fest last month, and itlooks to be the final must-see wide release of the year. The first preview sold an incredibly tense drama with gorgeous photography from Bradford Young (who’s reteaming with DuVernay after their indie break-out Middle of Nowhere). As other writers have noted, despite capturing events that occurred half a century ago, it’s shaping up to be one of the most vital films of 2014.

Synopsis: An exploration of the last quarter century of the great, if eccentric, British painter J.M.W. Turner’s life.

Why You Should See It: While Mr. Turner might not be one of the finest works from Mike Leigh, it’s still a film of great emotion and beauty, with a remarkable performance from Timothy Spall. From our Cannes review: “For running two-and-a-half hours, the conversations and gestures in Mr. Turner are packed with such intense thoughts (while never taking on a sense of grand proportions) that attempting to take it all in on a single viewing can prove overwhelming. Contemplating the sublime, especially one with such deceptive crevasses, may require a lifetime.”

Synopsis: Female Israeli soldiers are posted to a remote desert base and spend their time pushing paper until they can return to civilian life.

Why You Should See It: Delicately shifting from laugh-out-loud comedy to dealing with complicated issues such as suicide and rape, this debut from Israeli director Talya Lavie is one of the year’s most accomplished. Our review claimed that “Lavie for all intents and purposes gives us American cubicle humor as transplanted to the Israeli warfront. A hilarious analogy for us, it’s a head-smacking expose of absurdity for those who’ve lived it there.”

Synopsis: In a Russian coastal town, Dmitri is forced to fight the corrupt mayor when he is told that his house will be demolished. He recruits a lawyer friend to help, but the man’s arrival brings further misfortune for Dmitri and his family.

Why You Should See It: Chances are slim one will be able to see this by year’s end, considering its New Year’s Eve release, but when January rolls around, Leviathan comes with a high recommendation. In reviewing what’s been selected as Russia’s Oscar entry, we said that “Zvyagintsev has crafted Leviathan with the most sublimated of directing, letting each scene play out with a quiet, methodical use of pace and performance. In one way, his style could remind some of the overused conception of “slow cinema,” but each shot takes on a methodical economy — each line of dialogue and image (mostly master shots, but occasionally done in shot-reverse shot) answers the last, building an environment of paranoia.”

Synopsis: Aydin, a former actor, runs a small hotel in central Anatolia with his young wife Nihal with whom he has a stormy relationship and his sister Necla who is suffering from her recent divorce. In winter as the snow begins to fall, the hotel turns into a shelter but also an inescapable place that fuels their animosities…

Why You Should See It: Even if it didn’t hold the distinction of being this year’s Palme d’Or winner, anticipation would be high for the latest film from Nuri Bilge Ceylan. We said in our Cannes review, “Winter Sleep progresses Ceylan’s ever-evolving narrative and aesthetic strategy into what proves his most emotional and dramatic work, one that makes numerous references to, as well as rivaling, Shakespeare.” Synopsis: Sandra, a young Belgian mother, discovers that her workmates have opted for a significant pay bonus, in exchange for her dismissal. She has only one weekend to convince her colleagues to give up their bonuses so that she can keep her job.

Why You Should See It: Few performances this year exceed Marion Cotillard‘s in the latest work from Jean-Pierre and Luc Dardenne. Back at Cannes, we said, “If one must necessarily ask what is ‘new’ here, it’s that the Dardennes are becoming filmmakers who are abandoning some of their rough-and-tumble style for a cleaner, more elegant form of storytelling, aesthetics, and performance, most notably as this latest masterwork stars Marion Cotillard.” Why You Should See It: It’s been two long months since I twice took in Paul Thomas Anderson‘s latest feature, and there’s rarely a day that goes by where I can’t wait to jump into this world again. With the year’s best ensemble — from break-out star Katherine Waterston to Josh Brolin further proving his comedic chops — Inherent Vice is a deeply rich ode to a passing era. It’ll arrive in limited release next week, then expand wide come early January. It’s not to be missed.