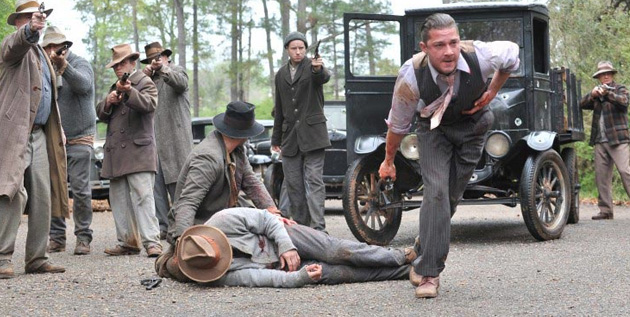 10 Films To See In August With the summer season winding to a close, August brings a few blockbuster offerings, but mostly a healthy dose of promising limited releases, many which we’ve seen on the festival circuit. The Venice Film Festival also kicks off at the end of month, signaling the beginning of a strong fall line-up. So, without further adieu, let’s check out the summer’s best final offerings below.

Synopsis: A European man heads to Africa for diplomatic purposes.

Why You Should See It: What happens when you take Borat to the next level? Mads Brügger asks this question in his Lars von Trier-produced documentary, which sees the director/actor play a European businessman who actually gets entangled in dangerous Central African Republic commerce and politics, and forms a genre of  ”performative journalism.” Since its premiere at Sundance, the film has been praised for its provocative nature and now it arrives on VOD and in theaters this month.

Synopsis: Manhattan couple Marion and Mingus, who each have children from prior relationships, find their comfortable family dynamic jostled by a visit from Marion’s relatives.

Why You Should See It: Julie Delpy is back, continuing a story that began with 2 Days in Paris, albeit many years later. New York finds her character Marion with Chris Rock. At Sundance, I called it ” a consistently funny intellectual examination of ignoring cultural norms. Paris and New York don’t provide the same one-two punch found in Before Sunrise/Sunset, but with so many others attempting to ape that style to little effect, it is refreshing when someone gets it right.” Check it out on VOD as well this month.

Synopsis: An expansion of the universe from Robert Ludlum’s novels, centered on a new hero whose stakes have been triggered by the events of the previous three films.

Why You Should See It: Amongst all the hubbub of asking if we actually need another Bourne movie, especially one absent of Matt Damon, we are forgetting a very important thing: we are getting a new film from Tony Gilroy. Following the pitch-perfect Michael Clayton and the severely underrated Duplicity, the director is already on a better track than Paul Greengrass and I welcome his chance to do a summer blockbuster. Jeremy Renner showed he has what it takes to be an action star in Ghotocol. Here’s his chance to take the lead.

Synopsis: Riding across Manhattan in a stretch limo in order to get a haircut, a 28-year-old billionaire asset manager’s day devolves into an odyssey with a cast of characters that start to tear his world apart.

Why You Should See It: David Cronenberg returns for his second film in under a year with the Robert Pattinson-led adaptation of Don DeLillo‘s novel. At Cannes (full review) we praised the young star’s performance, but remarked this one is “a challenging film brimming with ideas so big that it can barely contain them all.” Still, a new film from Cronenberg means it’s one to certainly check out.

Synopsis: A burgeoning stand-up comedian struggles with the stress of a stalled career, a stale relationship and the wild spurts of severe sleepwalking he is desperate to ignore.

Why You Should See It: Comedian Mike Birbiglia has gone behind the camera (and pen) for his directorial debut Sleepwalk with Me, a funny and unexpectedly dramatic semi-autobiographical feature. Fans of Louie will find much to relate to, as the frank style is reminiscent of that hit show. Here the comedian teams with co-writer Ira Glass and his This American Life as a co-producer, for the film we called “a surprisingly moving, modest motion picture about chasing dreams and leaving people behind, and how hard it is to do both.”

Synopsis: Set in the Depression-era Franklin County, Virginia, a bootlegging gang is threatened by authorities who want a cut of their profits.

Why You Should See It: John Hillcoat‘s repeatedly pushed back prohibition-era set drama is finally getting a release at the end of the month. With a fantastic ensemble including Tom Hardy, Shia LaBeouf, Jason Clarke, Jessica Chastain, Gary Oldman, Guy Pearce and Mia Wasikowska, we were fans of the drama at Cannes, saying this is “a supremely well-made film…with impressive cinematography and well-placed folk tunes, creating a fully-realized world that is as American as black market corruption and bent lawmen.”

Synopsis: Filmed over a period of five years in twenty-five countries on five continents, and shot on 70mm film, Samsara transports us to the varied worlds of sacred grounds, disaster zones, industrial complexes, and natural wonders.

Why You Should See It: It will be hard to find a more beautiful-looking film this year than Ron Fricke‘s (cinematographer behind Godfrey Reggio‘s stunning documentary Koyaanisqatsi) follow-up to 1992′s Baraka. The documentary has bold ambitions of capturing glimpses of much of the world, as Fricke traveled to over 100 locations shooting in 70mm along the way. Unfortunately, distributors aren’t even creating 70mm prints to show theatrically, but it should still look quite nice up on the screen.

Synopsis: A misunderstood boy who can speak with the dead, takes on ghosts, zombies and grown-ups to save his town from a centuries-old curse.

Why You Should See It: Back in 2009, Laika Animation gave us the delightfully creepy Coraline and this year they finally return with another inventive, funny and frightening feature. With many regular animations taking a mostly safe route for kids, ParaNorman looks defy the norm in this coming-of-age story involving a town full of scary creatures and one boy who can protect them all.

Synopsis: When a prank caller convinces a fast food restaurant manager to interrogate an innocent young employee, no one is left unharmed. Based on true events.

Why You Should See It: The level of unease one will feel during Compliance will likely not be matched by any other film this year. In an extraordinary feat of emotional pull, Craig Zobel‘s latest drama will have one yelling at the characters on screen in this “cold and calculating examination of how easily the weak-minded can be manipulated into doing terrible things.” Check out our full review from Sundance.

Synopsis: Nasser-Ali, a talented musician, loses the will to live after his wife breaks his beloved violin during an argument.

Why You Should See It: Perhaps the most low-profile release of the month is your best bet. The duo of Vincent Paronnaud and Marjane Satrapi brought wonders to the animation genre with Persepolis and now they return with an astounding story of lost love. With a mix of many different kinds of animation woven into this live-action film, I called Chicken with Plums “one of the most stimulating, visionary films of the year” back in 2011 at TIFF (full review), and it still stands for this year.