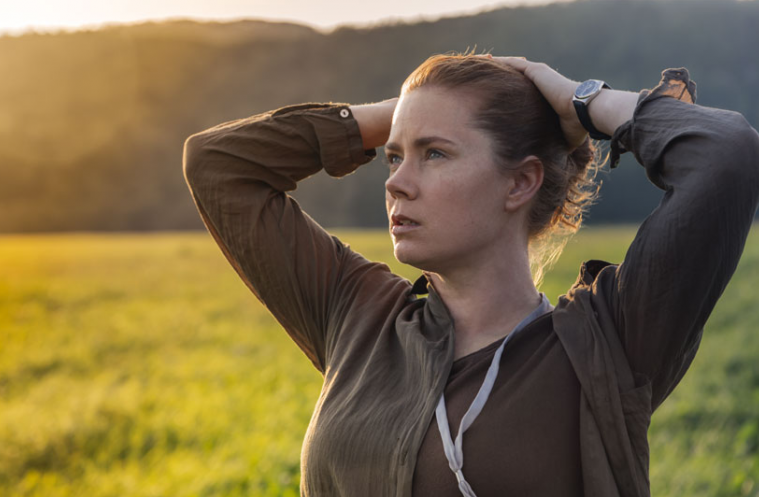 We all experience drastically different film years. For simple logistical reasons, this Europe-based reviewer has yet been able to see Moonlight, Jackie, Silence, Fences, Lion, I Am Not Your Negro, 20th Century Women and – alas, our collective top film of year – Manchester by the Sea. Understandable, then, that my perception of 2016 at the cinemas wouldn’t quite align with that of my colleagues.

Based on the 281 films watched (yeah, this reviewer really gave 2016 its chances), it’s not been the most exciting year cinematically. Don’t get me wrong, plenty of good-great movies were released or screened at festivals these past 12 months – the final list-making proved just as difficult and arbitrary as always. But from the Spotlight-led Oscar season to an edition of Cannes that crowned I, Daniel Blake, accompanied by the overall weak turnout of Chinese-language cinema we’ve gone on about, there did seem to be a shorter supply of instant, unequivocal masterpieces.

That said, it would be a lie to say 2016 didn’t award us with hours and hours of thrill, joy, tears and introspection at the movie houses. For that, and for the stupendously varied forms of artistic expression witnessed, I stay ravished, humbled and grateful.

Here’s my two cents on the most memorable/accomplished/vital works of cinema from 2016.

For all its airy, crisply translucent imagery, this Brooklyn-set coming-of-age story really excels in finding the gray areas and articulating obscure, ambiguous emotions. What’s the right thing to do in an unfortunate housing situation with no bad guys? How to name those scary new feelings that turn boys into little men? With utmost care and sensitivity, Sachs traces inner stirrings almost too delicate for words to build living, breathing, aching characters big and small. Through them we fall in love, have our dreams crushed, remember how we became adults by learning to hide our disappointments and how, secretly, we’re still waiting for someone to call us bluff.

In a year somewhat short on groundbreakers from experimental cinema, Solnicki’s operatic, radically loose portrait of teens trapped in limbo stood out. The scenes, if they can be called that, are minutely styled and observed, wholly self-centered snippets of life unrelated to one another. The way they deny any attempts at reconstructing a narrative confounds and grates but somehow also mesmerizes and feels tremendously, inexplicably liberating. Composed with spellbinding exactitude, it’s best to just give oneself over to these 72 very strange minutes – and be amazed by how even the cooking of an octopus can look so damn meaningful.

Telling a Genesis-like story about the circle of life sans dialogue, Dudok de Wit’s animated stunner is a masterclass in saying more with less. Plot elements are reduced to those covering the core of the human experience, articulated perfectly through looks, sighs and an abundance of empathy. The exhaustive sweep of 3D imaging is replaced by the simple, charming strokes of hand-drawn pictures as words are scrapped to make room for your eyes and heart to roam. Accomplished in its restraint and expressive prowess, this profoundly moving ode to life illustrates, despite what this ever more divisive world would have you believe, how much we all have in common.

People keep opening and closing doors behind them in this vast, deceptively cluttered moral drama set around a bourgeois family dinner in Bucharest. The technical mastery involved is obvious, seeing how the camera fluidly captures everything from room to room without missing a beat. But it’s only after you’ve settled into the film’s aggressively talky setup that its allegorical ambitions manifest themselves. Puiu orchestrates characters, spaces and storylines with level-headed conviction, never forgetting to let the debates take center stage. Even when their full implications don’t immediately come to those of us less enlightened, it’s exciting to be exposed to such an intricately built maze of reason.

Leave it to Verhoeven to bring trashy back. The Dutch provocateur considers the psychology of sexual assault and is not shy to let ridiculously inappropriate scenarios play out. Anchored by Isabelle Huppert’s fearless, peerless performance as a victim-turned-predator, whose every verbal retort or facial reaction could trigger nervous laughing fits, the farcical revenge drama hits all the trickiest, most delicious notes between tasteless mockery and feminist propaganda. Ultimately the film might be too conventionally structured to be called high art, but as a jaw-dropping exercise in high-wire camp it’s unforgettable.

Throughout the European refugee crisis, the name Lampedusa became so fraught with political agenda one could easily forget it’s an actual place with real inhabitants, a destination millions died trying to reach from across the Mediterranean Sea. The genius of Rosi’s quietly affecting documentary, then, is how it never breaks into the blame game but simply restores, with enchanting poise, the human aspects to a tragedy happening right under our eyes. In this post-factual era of hyperbole and judgment, hearing what a child with a slingshot has to say and witnessing the stories of the nameless and displaced told through their weary faces prove to be riveting, essential viewing.

A little over-the-top, a little out-of-control, this year’s Caméra d’Or winner about the road to perdition of a disenfranchised girl living in the French ghettos wows nonetheless. Writer/director Benyamina sees the vital, dangerously volatile mix of dreams, rage, hormones and despair brewing on the edge of Paris amidst racial tension and social injustice. Using blunt, blisteringly accusatory strokes that never attempt to downplay the heartbreaking waste of it all, she manages to capture the jagged energy in an intimate portrait that serves as a reminder, an indictment, a gut-wrenching cry of compassionate fury.

Comedies tend to run shorter and German films tend to be unfunny, so it’s safe to say a 162-minute German comedy has the odds stacked against it. Thank God for Ade who, at a time when most screenwriting ideas seem recycled anyway, came up with such brazenly fresh, genuinely hysterical things to try out on a father-daughter duo and gave us this unlikely gem. The Whitney Houston bit and the naked party scene are too weird even as gags but somehow reveal intimate truths about the need to hide ourselves from those who know us best. Starring the force of nature that’s Sandra Hüller, this uniquely endearing family portrait is sidesplittingly odd yet cuts awfully close to home at the same time.

An alien movie that’s less about otherworldly set pieces as about the essence of language, the power of memory, and how NOT to start an intergalactic conflict is in itself a rare treat; how the writer balances cool, sober science with messy, elusive love without dissolving into mush (hi, Interstellar!) downright fascinates. Villeneuve, building on the striking score and production design which give the film its note of minimalist sophistication, further injects a near-geometric majesty into every frame with his precise, rhythmic direction. The result is a polished, intelligent, eerily timely piece of popular entertainment worthy of the superlatives.

Ping-ponging between doc and fiction in sublimely unexpected ways, the year’s most original thriller not only dares you to find the correct answers but to even ask the right questions. Haghighi, who embeds a murder mystery into his family history while hinting at something else entirely, proves he can cook up Farhadi-esque plot twists anytime and bend storytelling forms like a true Panahi. By further giving the film its sensational look and sound, the Iranian master has crafted a cerebral workout so elaborate and cryptically spectacular it leaves you in the best kind of post-film stupor: baffled, dazzled, desperate for another go.