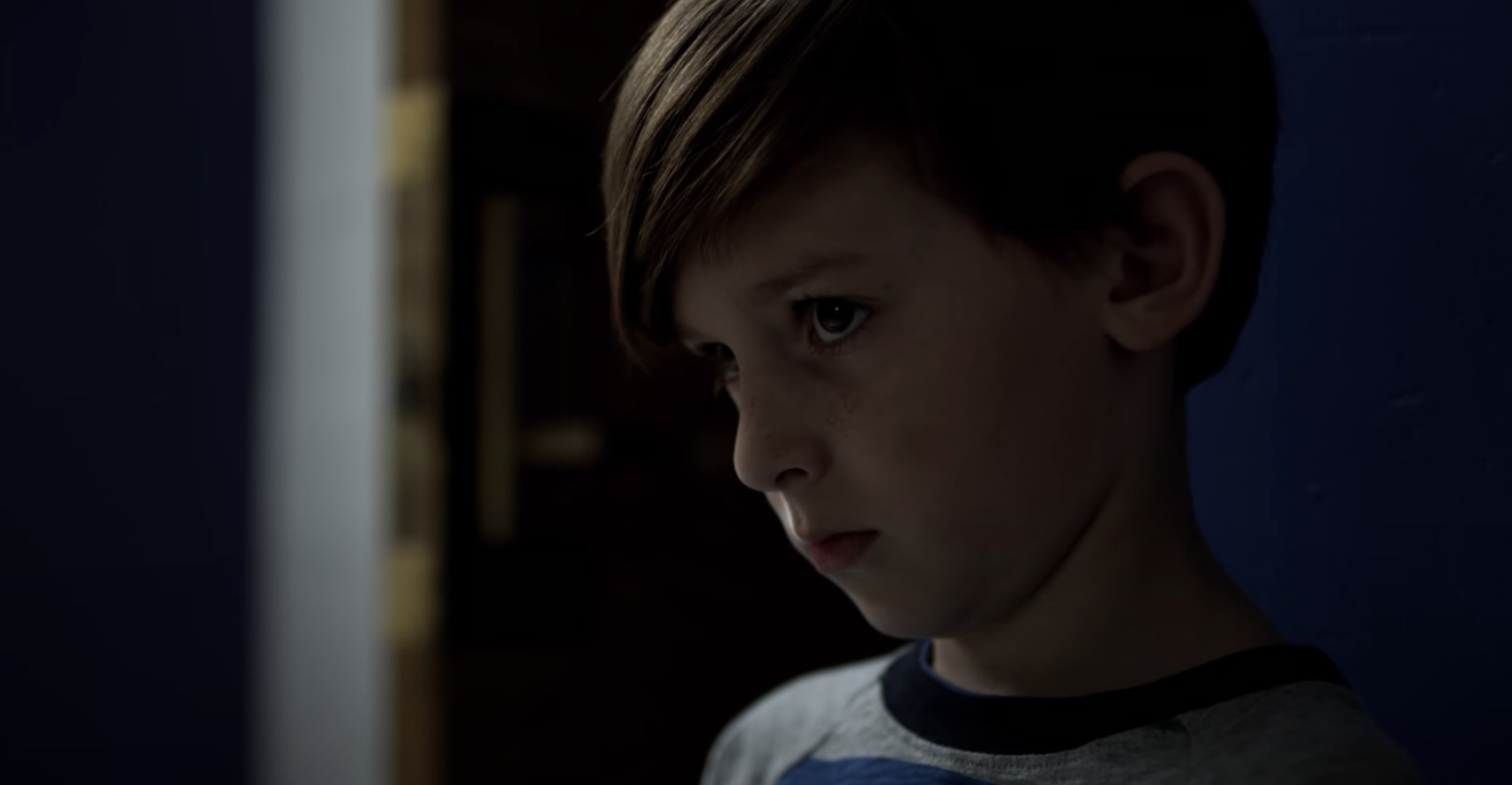 The creepy kid horror canon is extensive. Often paired with the possession film or another supernatural subgenre, many of these pictures look to mine the common fear of a child with innate evil (or, underneath, one who has lost control to a much more powerful, ancient being). For parents, they also tap into the fear that your child is not turning the way you imagined they would–in fact, they may be utterly psychotic.

Co-writer and director Brandon Christensen initially codes his second feature, Z, so that it fits neatly into these trappings. It’s apparent right out of the gate: a textural montage of Joshua (Jett Klyne) illustrates the cerebral and visceral immersion of childhood, where toy planes and trains roar to life with all the hums and throttles of their real-life counterparts. This opening also injects the tiniest hint of menace into youth, quickly teasing tension and the threat of violence before snapping it away.

Then, after this moment of abstract childhood bliss, Christensen establishes other parts of Joshua beyond his elevated imagination, including his parents, Elizabeth (Keegan Connor Tracy) and Kevin (Sean Rogerson). And just as importantly, his loner side, where he drifts along at school without making waves. It’s this side that brings out his imaginary friend, Z–or is it?

Z’s gradual introduction is naturally where Christensen mines initial creeps, both through his visual lexis and the script. From heightening the act, visually, of spelling out Z’s name with crayon to lines like, “[Close the door], Z likes it dark,” it’s clear Christensen has no shortage of ways to pervade parenthood with chills, perhaps even more so than infiltrating childhood with terror. The inherent creepiness of lullabies, the classic horror VHS tape, creepy ceiling fans, and absolutely terrifying drawings–they’re all there to put the fear in mom and dad, and turn home into something far darker than a haven.

It’s a smart duality, as toys and drawings–those sacred tokens of childhood–are used for visual scares that impart fear on parents. It speaks to something innate in children that is lost on all adults, even as it suggests Z is not just another passing phase of adolescent development. Christensen continues to bring thematic dualities to Z, depicting parent-child relationships in various forms. One example is a subplot involving Elizabeth’s adult sister, who is unwilling to care for their dying mother.

This contrasts grown-up children not being there for their parents, with parents trying desperately to be there for their kids, even as those kids pull away. In fact, Joshua’s developing relationship with Z (and the violence it brings, in escalating severity) begins to isolate Elizabeth, inverting their roles from the film’s opening.

With Z’s brisk runtime, the scares quickly ratchet up, punctuated notably by an upsettingly indelible image involving a fun-zone slide window that is sure to scare/scar most parents (and don’t even mention bathtubs). Still, Christensen’s patience keeps one guessing which scares are teases, and which will finally open the dam. Here, the second reel is replete with more classic horror imagery and soundscapes, as Elizabeth’s narrative takes on more thrust and the legend of Z begins to sharpen.

As the terror progresses, mainly for Elizabeth, the script is clever enough to skip a classic scene of skepticism between protagonists (“This terror is real!” / “C’mon, babe, it’s your imagination!”), before it goes for it anyway. This is a disappointment, as it allows the suspicion to creep in that Christensen is only interested in playing the hits, albeit with a clever and unnerving creature design.

However, as Z reaches its apparent climax, it becomes clear that Christensen is more obsessed with mining repressed childhood trauma in perverse ways than he is with using a child to produce scares. In fact, the argument could be made that he and co-writer Colin Minihan only use the trappings of a classic haunted house/creepy kid picture–hitting all the typical beats and ramping up to a seemingly conventional climax–so that they can twist it.

Indeed, once Z digs its nails into trauma in the film’s final act, the proceedings get complex, bizarre, and wildly messy. Here, the notion of Z, the terrifying imaginary friend, crescendos as an embodiment of lineage, abuse, familial traumas, the sins of the mother, and/or all-around bad shit that binds to families like cement and holds them firmly down. It’s both overly stuffed and perhaps a bit undercooked, mixing metaphors and cramming a whole lot into 80-odd minutes, but it’s also cavalier and atypical enough to make an impression. Christensen and Minihan make the honorable decision to go rogue, ultimately creating a disturbed if uneven ode to what we do for those we love–and how it can wreck us forever.

Z is now playing on Shudder.