You Don’t Nomi Review: The Life, Death, and Resurrection of Showgirls 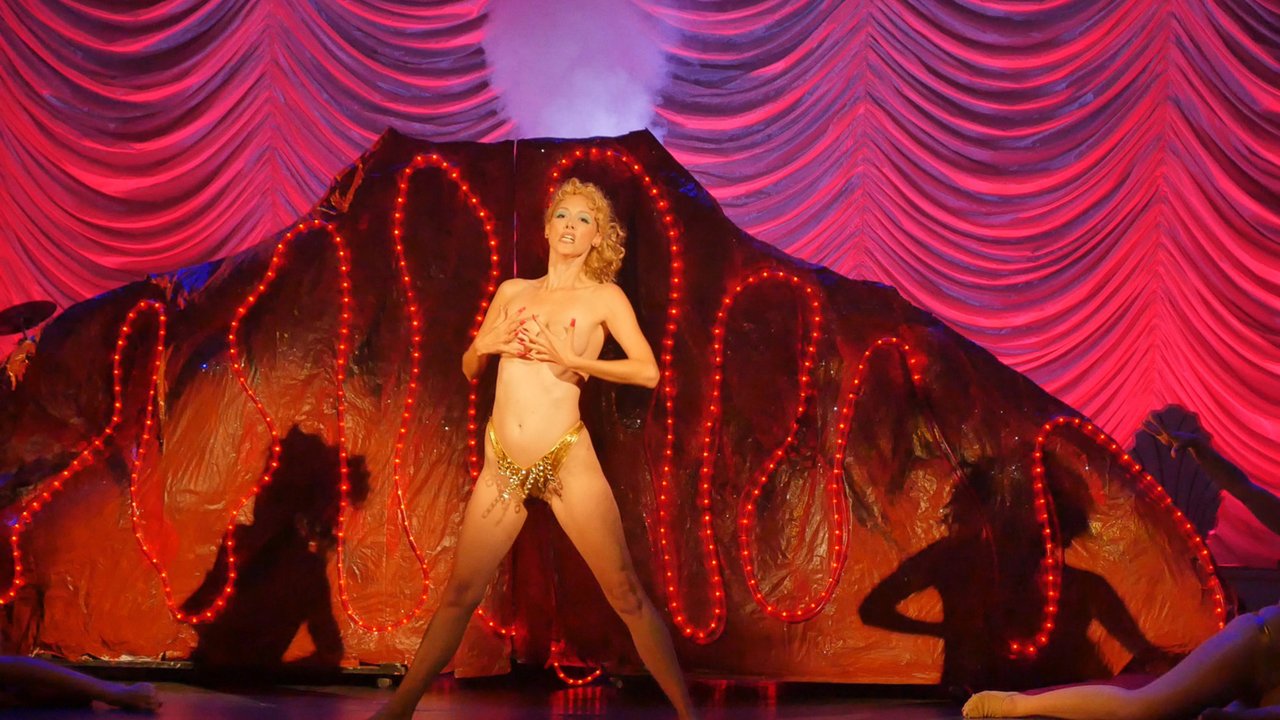 Back in 2016, the Twitter account for French studio Pathé Films released a NSFW trailer for the DVD and Blu-ray release of Paul Verhoeven’s much-reviled (or, rather, formerly reviled), T&A-fueled camp classic, Showgirls. This trailer itself was a work of pulsating beauty. Never had the story of Nomi Malone looked so pristine. And never had the film itself seemed so progressive. After all, the NC-17-rated 1995 flop had been brutally pushed down the cultural stairs upon release, and for years afterward. Only in recent years had the tide begun to turn. “APRÈS LES CRUCIFIXION,” the intertitles read, “LA RÉSURRECTION.” In essence, those five words tell the story of Showgirls’ unexpected second life.

Those five words are also the theme of You Don’t Nomi, Jeffrey McHale’s wise, entertaining exploration of the life, death, and resurrection of Showgirls. Its subject is near and dear to cinephiles, bad-movie fanatics, drag queens, and pretty much anyone who came of age in the 1990s. For adolescents growing up in the early to mid-1990s, there were several sexually-charged pop culture events that helped define this early Internet age. One was the release of Madonna’s Sex book, which, though available at the likes of Walden Books, might as well have been locked up at Fort Knox. Then there was the release of Verhoeven’s Basic Instinct, starring 1990s provocateur Sharon Stone. The arrival of Showgirls may have been the absurdist peak–especially its arrival on VHS.

As You Don’t Nomi deftly demonstrates via gloriously outraged archival footage, Showgirls was destined for arched eyebrows. As one of the onscreen commentators in Nomi states, “1995 was a pretty fraught time for a movie like this.” Indeed, the era of OJ Simpson and Amy Fisher was not a very forgiving one. And a film that, as an old clip of Entertainment Tonight explains, actually wanted an NC-17 rating was asking for trouble. It was ridiculed and rejected, and as critic Adam Nayman (author of the wonderfully insightful book It Doesn’t Suck: Showgirls) explains, the critical barbs were mostly lazy. (Gene Siskel’s put-down of star Elizabeth Berkley’s looks seems particularly tone-deaf.)

To Nayman, Showgirls is a “gorgeous widescreen movie,” one with unique visual wit and Busby Berkeley-esque choreography. It is “completely singular … Like nothing else.” And McHale backs up these assertions with rather stunning clips. Yes, Showgirls always looked like this, but audiences were not prepared to look beyond the nudity until recently. As another commenter puts it, “it wasn’t until [the film] was embraced as something bad or silly, or a joke, that it found it’s base.”

Reclaimed as the third entry in the ultimate “trilogy of camp with Valley of the Dolls and Mommie Dearest,” Showgirls is now beloved for the same over-the-top histrionics that angered audiences and critics in the mid-90s. And McHale’s film does a wonderful job of deconstructing that appeal. You Don’t Nomi never quite reconciles Verhoeven’s often contradictory statements about his intent, but this is an impossible task. Nayman highlights a making-of book written by Verhoeven upon the film’s release that is utterly serious. Yet more recent comments by the director indicate Showgirls was always meant to be watched with tongue planted firmly in cheek.

Who is right? Well, who cares? These complexities serve to make Showgirls and You Don’t Nomi even more interesting. While it contains no new interviews with anyone involved in the film–that does, at times, feel like a missed opportunity, McHale seems more concerned with how we, the audience, think about Showgirls than how its makers view it. He also deserves credit for using clips from Verhoeven’s other films to ingenious effect. As the unjustly criticized Berkley says before a packed screening of Showgirls, seeing audiences greet the film with joy today is a “magical full circle moment.” You Don’t Nomi is another essential chapter in the Showgirls story–and completes the cultural reappreciation the film deserves. How can one not appreciate a film so devoted to “doggy chow,” chips, and ice cubes?

You Don’t Nomi arrives on June 9.