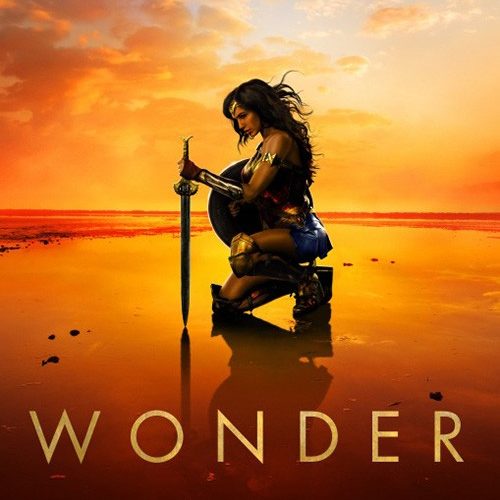 Somewhere in the middle of Patty Jenkins‘ Wonder Woman, Diana Prince (Gal Gadot) asks American soldier Steve Trevor (Chris Pine) what people do when there’s no war. His response is both bittersweet and resonant. There’s an aching in the exchange that gets to the core of human hypocrisy — an inevitably of violence that cannot easily be wiped clean with peaceful intent. If this sounds too lofty for a superhero picture, consider that superhero pictures are quickly becoming all we have in the arena of large-scale filmmaking. That diversity and complexity have slowly begun to seep into the storytelling is as much from necessity as any kind of progressive ideal. When all of the stories have been told, even the least-imaginative of studios will search for new property to mine. So then let us be thankful for a great, big tale as entertaining and insightful as this one. The sole child on Themyscira (a lush island nation populated by female warriors), Diana finds herself torn between two voices: her protective mother, Queen Hippolyta (Connie Nielsen), and her brutal aunt, General Antiope (Robin Wright). Of course, the young woman is destined for greatness, “sculpted from clay by Zeus.”

When a fighter plane crashes into their world, Diana is compelled into The War to End All Wars, convinced that Ares, the God of War, is behind man’s violent ends. Of course, this hopeful hero has much to learn about the pettiness of “the world of men,” just as the world has much to learn from her. Despite some stilted exposition at the beginning and some too-tidy declarations at the end, Jenkins merges wartime romance with origin story deftly, leaning into what works. Most notably, Gadot herself. In every conceivable way does she embody the hero, and there are nuances throughout her performance that are surprisingly effective. So often in these event-based films do the characters get relegated to simple traits, motivations, and gestures. Diana goes on a journey here, both literally and emotionally. The woman we meet is not the same woman we leave, which is refreshing on a number of levels.

Pine serves as a charming counterpart, matching Diane Prince’s steadfast goodness with a bit of mischief. The chemistry between the two is a welcome reminder of how bright movie stars can shine given the right scene, setting, and partner. The period renderings pop, as expected, though the music from Rupert Gregson-Williams leaves something to be desired; frankly,  Hans Zimmer and Junkie XL‘s theme from Batman v. Superman is still doing most of the work. Elena Anaya and David Thewlis both put in commendable supporting turns, mostly overshadowing a villainous-yet-underused Danny Huston.

Throughout Wonder Woman there is an earnestness in tone that plays well, and rarely as saccharine. Part of this success must be credited to the very real dangers present throughout. A common and qualified criticism of many films in this genre is a pronounced lack of stakes. That is not the case here: our hero wins and loses plenty, growing in the process. Many have been waiting for Wonder Woman for a long while. She’s present, and it would appear she’s not going anywhere.