Wonder Woman 1984 Review: A Bloated, Extravagant Sequel in a Time of Excess 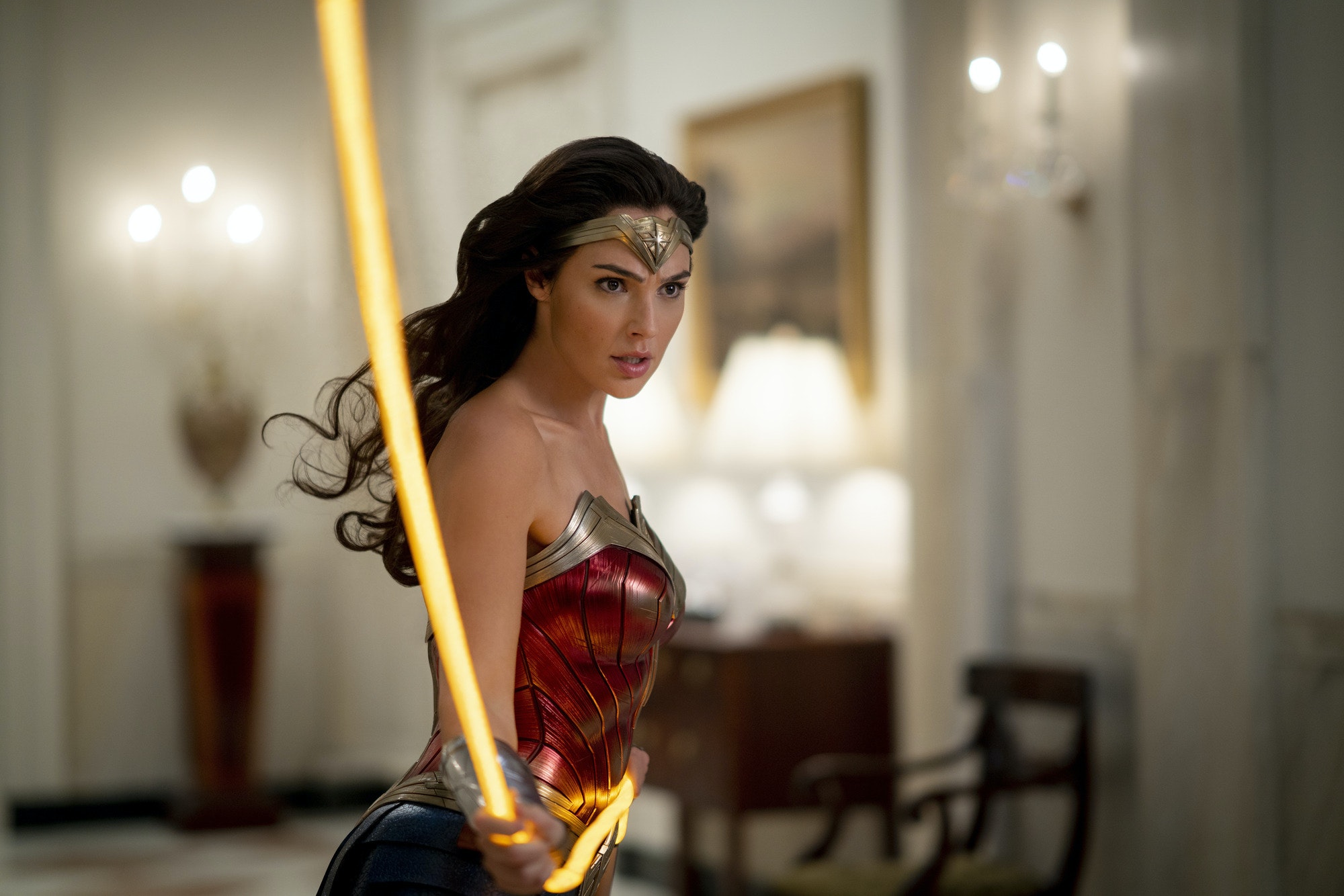 Wonder Woman 1984 starts with an elaborate prologue and a simple message. Back on the island of Themyscira, a young Diana Prince competes against a handful of Amazonian women in an Olympic-style tournament. Though undersized, she jumps ahead and dominates the field, swimming and riding horseback through a variety of obstacles positioned around their serene archipelago. As she approaches the final leg, however, Diana tumbles from her saddle and falls behind the pack. With her signature quick thinking, she finds a shortcut to regain her lead, but instead of being rewarded, the clever maneuver ultimately earns her a scolding and disqualification. “Greatness is not what you think,” her aunt Antiope (Robin Wright) explains, a dramatic way of telling soon-to-be Wonder Woman that the pathway to success has no detours. Then, to erase any confusion, she doubles down, prefacing the fable to come. “No true hero is born from lies.”

It’s a long-winded introduction, but it fits the contours of director Patty Jenkins’ bloated and extravagant sequel. At once more ambitious and less focused than its 2017 predecessor, which colorfully redeemed the otherwise dark and dingy DCEU, Wonder Woman 1984 wears its excess as a badge of pride and its morals on its sleeve. Without the burdens of an origin story, the two-and-half-hour movie expands its storytelling palette, leans into its avaricious, materialistic setting and doubles its villainous capacities. That provides greater entertainment, but has bigger consequences, like the friction it creates with its gold-plated protagonist (Gal Gadot), whose simplistic virtuosity is committed to fighting back humanity’s rapacious, facile impulses. Clearly, Diana never made it to the editing room.

Within her titular time period, surrounded by capitalistic signifiers, Wonder Woman’s presence isn’t diminished so much as straightened. Seven decades after defeating Ares to end the Great War (a regrettably dull CGI climax in an otherwise inspired movie), Diana remains lovesick over pilot Steve Trevor (Chris Pine), whose sacrificial void has gone unfilled all these years later. The somberness and loneliness she feels, even in the midst of battle, infects the first half of the movie and those working closest to her. Now a cultural anthropologist at the Smithsonian in Washington, D.C., she channels these lingering insecurities into her side hustle—namely, entangling criminals with her Lasso of Truth and cleaning up a city festering with corruption. Living across the street from the Watergate Hotel, she’s reminded of it every day.

Those consistent encounters, like an opening set piece inside a mega-mall, have never relied on riveting combat. For better and worse, Jenkins has leaned upon iconography instead, using slow-motion shots to emphasize her superhero’s strength and glowing appearance, while elevating Gadot’s movie stardom in the process. That doesn’t always lead to invigorating action, but it does produce indelible imagery, most notable in Wonder Woman’s run through No Man’s Land, the crowning shot of Jenkins’ original movie that came loaded with representational force. Gadot’s acting has always relied on her presence and energy, and less her line-reading, which makes maintaining that visual imperative—highlighting her star’s qualities in slow-moving portraiture—crucial in an image-conscious, and historically male, landscape such as D.C.

Leaning into the nostalgia of Gen-X audiences, Jenkins reinforces her 1984 backdrop with televised false prophets, spouting self-help tactics and reminding everyone of their patriotic duty to embody a “greed is good” mentality. That broadcast incentive takes tangible form when a cursed ancient gemstone comes into the Smithsonian’s possession. Along with Barbara Minerva (Kristen Wiig), a clumsy and socially awkward geologist trying on her best Michelle Pfeiffer-as-Selina Kyle impression, Diana soon discovers its wish-fulfilling capabilities. It’s not long before Steve re-appears (well, sort of) and Barbara begins morphing into a more nimble and idealized version of herself. Naturally, the stone’s discovery attracts Maxwell Lord (Pedro Pascal), a Gordon Gekko avatar who refers to himself as a “television personality and respected businessman” in the midst of bankruptcy. Sound familiar? The failed oil tycoon is a disciple of more, more, more, and this crystallized artifact promises a reversal of fortune that will sustain his fragile philosophy.

Of course, the magical rock is really a monkey’s paw, a trade-off that takes time to manifest and kickstart the movie’s chaotic final act. Before the business of that requisite showdown, Jenkins and co-writers Geoff Johns and Dave Callaham explore the ramifications of Steve’s abrupt return, adding a jolt of Pine’s charm back into the proceedings. Much like Diana’s introduction to industrial London, Steve receives a similar, albeit less comical, tour of the modern world, and Pine does his best slack-jawed reacting as he clips on a fanny pack, tests out escalators and marvels at the rockets on display at the Air and Space Museum. Despite all the set dressing and globe-trotting, he provides a chemistry and spark (sometimes quite literally by flying through a fireworks display) that the movie struggles to replicate in his absence.

Though it certainly tries. Once the story reaches its emotional crest, all the foundational work gets lost in the plot’s momentum. That includes a trip to Cairo, where an Indiana Jones-style caravan chase takes place and geo-political oil and land disputes boil over into nuclear upheaval. These are admirable inflections—attempts to merge the decade’s pop cultural influences with its Reagan-era foreign policy—that never have time to be fully unpacked. Much like Jenkins dotting her canvas with symbolic cheetah prints, hinting at eventual disaster and menace is enough to hammer her big ideas home. That’s understandable and also a shame, especially considering Wiig and Pascal seem to be having fun until their characters narrow, and the movie takes on the trajectory of other superhero blockbusters that have mangled multiple villain stories. (Looking at you, Spider-Man 3.)

WW1984 has been characterized, perhaps preemptively, as a movie meant for this moment. In a year without giant blockbuster fare, and no big screens to project the superheroes that have allegedly kept the studio system afloat, that might seem true. The movie’s opulence seems specifically programmed in a time of emptiness, a welcome, overstuffed epic attempting to course-correct a vanquished summer season. Its simultaneous release in theaters (whichever are available) and on HBO Max, however, epitomizes the dual nature of that original sentiment. It’s possible to watch this movie on the big screen and marvel at its spectacle—Wonder Woman saving humanity on the brink of destruction. It’s just as possible to see it through a smaller lens, and in a more intimate viewing environment—Diana trying to move on from isolation and mourning. Whether that makes it a cinematic slam dunk, or a satisfying rebound is mostly a matter of perspective.

Wonder Woman 1984 arrives in theaters and on HBO Max today.