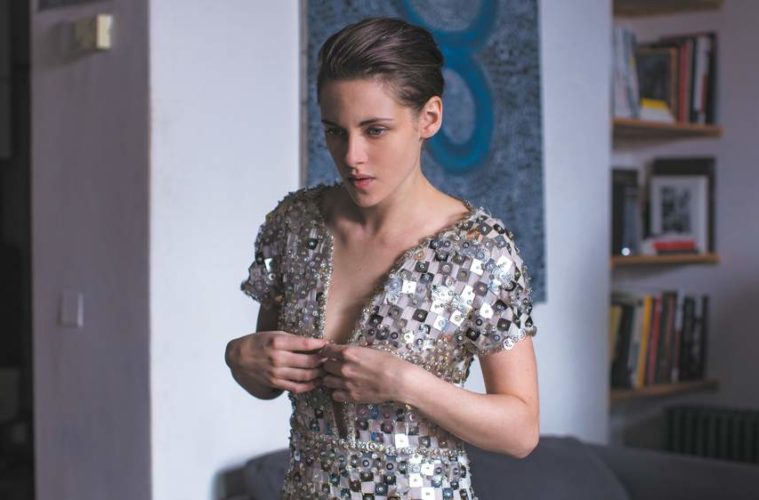 Cinema cannot save us. It’s not going to force Donald Trump to resign from office. It isn’t going to soften the hearts of Republicans who want to destroy the economic future of the current generation of American youths. It isn’t going to halt global warming. It is not going to end things like racism and transphobia and homophobia. Roger Ebert once famously said that cinema is an empathy machine, but the notion of such an idea is more complex than simply saying cinema can change the world through its narrative achievements. Cinema can foster empathy, but only on a case by case person by person basis, and what are we to do if the films that do force viewers to think aren’t available in the small towns and lower economic areas of the world? If these films that can have a positive effect on viewers and challenge their everyday thinking cannot reach beyond a multiplex then how are we supposed to expect anything of real world importance from the movies? One could argue that the internet equalizes the ability to watch whatever you want, but then what do we say of net neutrality? Cinema as a tool of open engagement is in danger, much like everything else. To live through 2017 is to wonder which of your rights will be stripped today by the powers that be day in and day out. The cinema that has most affected me in 2017 has been the films which in some way offer some idea of what it was like to live through the year or provided at least some glimmer of hope through creation in wake of what felt like a daily grasp of barely holding on in the face of utter annihilation.

The penultimate chapter of the Resident Evil franchise saw W.S. Anderson team up with Doobie White, who worked as an editor on Red Bull/Monster Energy drink films like Crank: High Voltage and Gamer. In theory this pairing should be a nightmare considering W.S. Anderson’s penchant for slow motion- symmetrical, pirouette violence, and Doobie White’s pop rocks and coke style of editing, but instead their divergent styles mixed to create a kind of flip-book kineticism which ushered in a new kind of movement to action cinema. W.S. Anderson’s Resident Evil films frequently reinvented themselves over the years, beginning with a riff on Assault on Precinct 13 before evolving into a Wachowskian affair until finally at full circle becoming a grand amplitude ballet with dense, complicated geographic patterning and the messianic arrival of the heroine Alice (Milla Jovovich). The Resident Evil franchise is the most abundantly rich formal genre spectacle of the 21st century, and went out with maybe its best film yet.

9. On the Beach at Night Alone (Hong Sang-soo)

A great sin of mine as a cinephile is that I have always been a Hong skeptic. Perhaps it is due to his distancing effect as a formalist, but I’ve never been able to fully grasp onto the ins and outs of his filmmaking in an emotional context. On the Beach at Night Alone is an entirely different story. This is the most direct film I’ve ever seen Hong make with his camera centering Kim Min-hee and giving her the space to really ask viewers to latch themselves onto her journey. Kim needed to be exceptional here and she is, giving one of the best performances of the year which is by turns funny, charming, and absolutely devastating. By the time we actually do get to the titular beach, Kim’s lonely desperation feels unbearable and her inability to truly reach out to others feels catastrophic. Hong, to his credit, merely observes, which is the right choice when an actor of Kim’s power takes the reins. I’m thrilled to see where Hong goes next.

The big, sweeping, melodramatic, body-swapping epic you can only ever expect to come from anime. Makoto Shinkai’s gorgeous rendering of two souls intertwined is a warm, fuzzy affair of reversed gender roles and life expectations of a young boy and a young girl until a disaster happens that separates them from one another. Shinkai’s film is structurally similar to Kei Horie’s teen melodrama on love and memory, Forget Me Not, and bears some of the same heartbreaking effects as Johnnie To’s Romancing in Thin Air, proving once and for all that the best melodrama is coming out of Japan these days.

7. In This Corner of the World (Sunao Katabuchi)

To put it quite mildly it was startling to watch atomic bombs go off in two films this year (this one and Twin Peaks) while the world at large was waiting in anxiety as the two most ill-equipped men in the entire world decided if we should go to nuclear war. In the context of Twin Peaks the bomb is the ultimate evil, but Katabuchi takes a different approach and doesn’t mince words with metaphor by showing the devastation of the bomb through burnt bodies and total destruction of life in Hiroshima. The brilliance of Katabuchi’s film, however, is not in the death it shows, but in the perseverance of life. Families conserve food, they share resources and total strangers become guardian angels with shared bomb shelters and woolen coats. In This Corner of the World is Japan as a unified entity forced to come together to survive the difficulties of the war. It is a work in a similar vein of the great Isao Takahata. In This Corner of the World is a sister film to his Grave of the Fireflies and a vital, essential animation.

The first text message movie. Kristen Stewart delivers a performance of masculinity and femininity within conflict as she works as a personal shopper for a movie star while she deals with the grief of her recently departed brother. Assayas’ camera lets Stewart control the frame with her entire body and injecting even her text message conversations with personality, like her dubious punctuation. Assayas chooses to constantly reinvent the movie throughout from a fashion picture to a ghost story to a murder mystery. It keeps viewers on their toes, and at the center is Stewart who gives what is the best performance of her career to date in one of the best movies of the year.

Good Time is propulsion at all costs. Robert Pattinson is the unstoppable white male. The system supports him without fault, and everything he does can and ultimately will be forgiven in time. We see him as a sleazeball, a racist, a total cockroach, and we know that he’ll be given every chance to succeed again and again and again. He has the benefit of the doubt. The fact that the Safdies understand this and wring it for all its worth is one of the most bold and honest moves in all of movies this year. It’s made all the more fascinating by the fact that Pattinson complicates our relationship to this character by garnering some level of understandable bone-headed empathy because he’s fighting to get his brother out of prison. But why do we feel that empathy for him? Good Time forces us to ask that question and demands that we not ignore parts of ourselves and our worldview that we think we’ve grown past, but haven’t.

Strangely Ordinary, This Devotion joins the ranks of Milla, Lady Bird, and Resident Evil: The Final Chapter as a flock of films that are in one way or another about motherhood on my top ten list. Unlike the other three, Leventhal and Wilson’s short film examines motherhood through a queer lens. Tactile to a visceral degree the images in this film drip, foam, and bleed until something resembling a greater clarity begins to appear. These images are at once arresting and beautifully evocative of how fragile life can be. A brief sequence involving a scattering of birds taking flight set to the sound of Prince’s, I Would Die 4 U, followed by a later sequence of featuring clips from Chantal Akerman’s, Je, Tu, Ill, Elle reminds us of everyone we’ve lost and how art can impact life. The brilliance of this film though is in how the directors tie this into a theme of devoted motherhood. The title is a beautiful summation of parenthood, but it is the film that gives those words meaning. I Would Die 4 U is right.

If life is a refraction of specific moments and repetition than the beauty of being given a body is in the loop of breath and how it changes as days pass. Valeria Massadian’s Milla is a stunning portrait of the quotidian nature of life and how it gives birth to larger or more staggering moments. In her film we get a sense of who Milla is and how her everyday decisions impact her life, at first a hazy recollection on the timelessness of romance bursts apart when cause and effect bring motherhood, death and music. Cinema as humanity.

Greta Gerwig has always been one of the more interesting voices in the current American indie landscape, dating back ten years ago when she was starring in new exciting works like Yeast and Hannah Takes the Stairs, but she really started to make a name for herself co-writing Noah Baumbach’s two best films, Frances Ha and Mistress America. In her solo directing debut Lady Bird she has created a natural extension of the characters she wrote in her features with Baumbach. Lady Bird (Saorise Ronan) struggles with the same economic anxieties as her dream chasers of New York in the Baumbach films, but Gerwig takes everything back a few steps with Lady Bird’s initial dream being to simply move out from underneath her parents’ home so she can carve out a place for herself in the world. Gerwig’s characters bristle with honesty and her open-hearted sincerity endear them to audiences alike everywhere. It is no surprise that Lady Bird is A24’s highest grossing feature. We can all relate to having a dream and chasing that opportunity. We’re lucky that Greta Gerwig seems to have accomplished hers.

Was there another image that perfectly encapsulated the experience of living through 2017 than Charlene Yi dragging herself across a bar floor, slowly breaking down until she unleashes a primal scream that eventually fades into nothingness? Twin Peaks was less film or television, but more so something born of alchemy. A tragedy written in a holy text that reshaped our conceptions of what cinema could be while circling back to the life of the girl whose death is where it all began. If Fire Walk With Me gave the cinematic dead girl a voice, then the newest incarnation of Twin Peaks made her a deity. Despite all its grandiose moments–and there were many–Twin Peaks is the story of one girl and the trauma she experienced. Laura Palmer’s life is a psalm stricken with tragedy through the violent machinations of man’s worst evils, both in metaphor and within the literal text. She is our catalyst, our martyr, and our angel. She was the one.