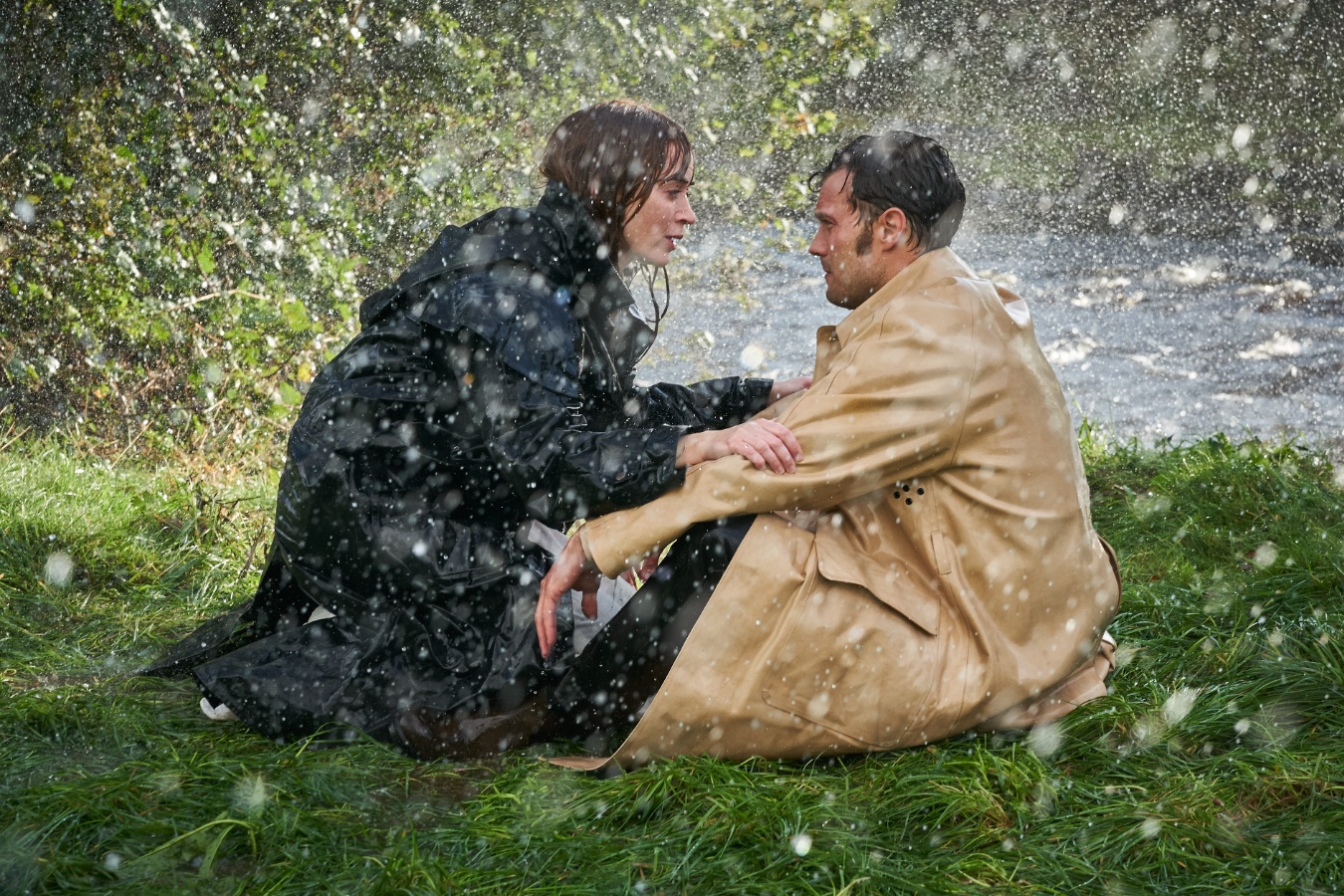 At this point in his illustrious career, legendary playwright and occasional filmmaker John Patrick Shanley has nothing left to prove when it comes to artistic prowess. The many personal accolades include an Academy Award for penning 1987’s Moonstruck, and a Pulitzer Prize honoring his 2005 drama Doubt: A Parable. In between, Shanley wrote and directed one of modern cinema’s great comedic masterpieces (Joe vs. The Volcano), and even took a stab at scribing peak-90s Hollywood schlock (Congo).

All of this is to say it’s completely understandable why Shanley would want to make something loose and fun by adapting his 2014 play Outside Mullingar. The resulting film, rather sentimentally titled Wild Mountain Thyme, can’t decide if it wants to be a countryside farce, magical realist parable, or eccentric romantic comedy. So it tries to be all three at once.

Set on an epic plot of dreamlike countryside housing two family farms, Wild Mountain Thyme makes every effort to showcase Ireland as a place both folkloric and lush, sometimes to its own detriment. Shanley’s uncreative use of roving drone shots and flat compositions make the film look like a tourist advertisement at times. Meanwhile, the ensemble of grumpy characters does everything in their power to exclaim what a burden this land has become. It’s a contradiction in spirit that never quite meshes.

On the eve of her father’s funeral, Rosemary (Emily Blunt) and her prickly mother share a series of awkward conversations with their immediate neighbors, cranky patriarch Tony (Christopher Walken) and his peculiar grown son Anthony (Jamie Dornan). During these strangely paced dialogues, Shanley hammers home notions of unrequited love, superstition, and generational responsibility––themes that will consume these characters throughout the film’s various diversions in tone.

Having grown up a stone’s throw from each other, Rosemary and Anthony spent the better part of their lives pining after one another. But circumstance and doubt have always kept their emotions dormant. The same cannot be said of their volatile frustrations, which erupt during even the most casual conversations together. Odd doesn’t begin to describe this couple.

Anthony must also confront the fact that his frail father is considering selling the family farm to a money-obsessed American nephew (Jon Hamm doing Jon Hamm things), whose mere presence on the flowing highlands threatens the sanctity of Irish tradition. The yank is set up to be a clueless and self-serving symbol of western capitalism at its most arrogant, and the Mad Men star mostly delivers.

For a good bit, Wild Mountain Thyme cruises along on the chemistry of Blunt and Dornan’s bickering, and the possibility that some otherworldly spell will organically push them to embrace a shared and lovingly soused destiny together. But the film takes a jarring narrative turn in the third act that’s so off-kilter one immediately questions if they had imagined it. That this revelation comes at the end of a painstakingly long two-hander confessional, one with zero cinematic pulse, makes Shanley’s film even less appealing.

Which of course, achieves the complete opposite effect of what he and the often-wonderful cast of actors were going for with this rambling, cheeky romantic comedy. Not that any of the people associated with the film seem to care. The last sequence occurs inside the town’s pub where every character basks in the glow of their own fabricated nostalgia. It’s like they filmed the actual cast party and said, screw it, lets make this the ending.

Wild Mountain Thyme opens in theaters and on demand on Friday, December 11.