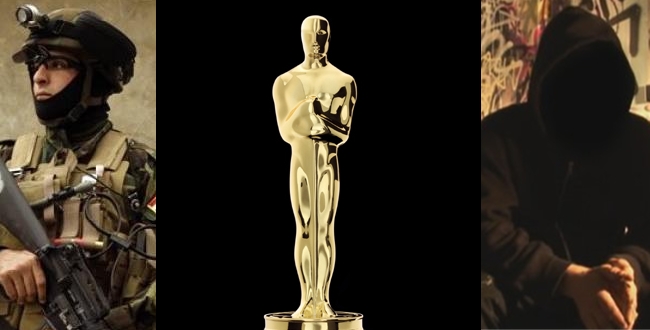 What’s Up Doc? The Final 15 Chosen, But Who Will Prevail? Do you want answers? Do you believe you’re entitled to them? Do you want the truth? Can you, in fact, handle the truth? The 15 documentaries competing for Oscar have been selected.

It has been a particularly strong year for non-fiction film, featuring docs from both high-profile documentarians Alex Gibney (Client 9), Davis Guggenheim (Waiting For ‘Superman’) and Charles Ferguson (Inside Job) and artists famous for work in other mediums (virtuosos Banksy and Vik Muniz for Exit Through The Gift Shop and Waste Land, respectively, and The Perfect Storm author Sebastian Junger for Restrepo).

There’s also the examinations of conversation-starting personalities like musician Glenn Gould, ‘Chicago 7’ lawyer William Kunstler and NFL player/fallen soldier Pat Tillman, who’s lives (and, in Tillman’s case, death) shake up the world we live in. Still others explore smaller-scale dramas, like saving a child in Precious Life or the struggles of the idealistic father at the heart of This Way Of Life.

Who’ll be there at the end, walking down the red carpet and competing for Oscar gold?

The Little Pond: Unfortunately, none of the aforementioned small-scale dramas have made much of a financial (or critical, outside of festivals) impact in America, rendering Precious Life and This Way of Life at a very long arms’ length for the front of the pack. Even Client 9, despite the Gibney name and controversial Eliot Spitzer subject, appeared in theaters too late and without enough fury to make enough voters not New York-based care. Include Genius Within in this group to. Glenn Gould is not a household name, though Thirty Two Short Films About Glenn Gould should be seen by everyone alive. Also, Oscar’s never been too fond of musicians, even well-known ones (i.e. Glass: A Portrait Of Philip In Twelve Parts). Oh, and who’s William Kunstler? Exactly. The little pond just got that much more shallow.

The Noble Cause: Real men on a real mission tend to fascinate viewers more than, say, Matt Damon discovering there are no WMDs 7 years after everyone knows there were no WMDs. Mary Ann Smother Bruni’s Quest For Honor is in the Little Pond category, but with a real-life noble cause thrown in. And while a teacher/activist attempting to find solace for the dead is interesting and powerful, Bruni’s a newcomer and that sea is just a little too big, this year at least. Bruni will be back.

The Critical Darlings: Waste Land, Enemies of the People and The Lottery. These our films that got theatrical releases because of their festival circuit reception/awards. The Lottery has been overshadowed by the bigger-budgeted, much larger-scoped Waiting For ‘Superman’ and Enemies lost to Waste Land at Sundance. Waste Land comes out smelling like roses, especially in this year so fond of…

Art As Film: From blatant performance-art pieces like I’m Still Here to ‘was that performance art?’ pieces like Catfish, Exit Through The Gift Shop stands above the rest, looking like a little bit of both. Gift Shop‘s fumes should bode well for Waste Land. That and Banksy’s like the coolest, bro.

Political Persuasion: This category’s always packing them in, and they’re almost always high-profile and controversial. Unfortunately for GasLand, Food Inc. was nominated and didn’t win last year and touched on material just similar enough to render GasLand old hat. Watch it’s public resurrection via Netflix Watch Instantly in about a year, when gas prices are about about 25 cents more. The Tillman Story never quite found an audience, but with Weinstein behind it and its juicy investigative reporting, it is far from out of the game. That said, the two clear front-runners in this no-lose category our Restrepo and Inside Job. Restrepo is this year’s Taxi To The Dark Side, the Gibney doc that beat Ferguson’s No End In Sight in 2008. Expect both to be nominated.

The Sure Thing: Waiting For ‘Superman,’ because it’s about the economy and the school system, Guggenheim got Al Gore a Nobel Peace Prize and the film has made $6 million so far at the box office.

With A Little Addition, A Little Subtraction…you get…

Exit Through The Gift Shop TOO GOOD TO BE TRUE: Exit Through The Gift Shop

What was your favorite documentary of the year thus far? what should win at the Oscars?