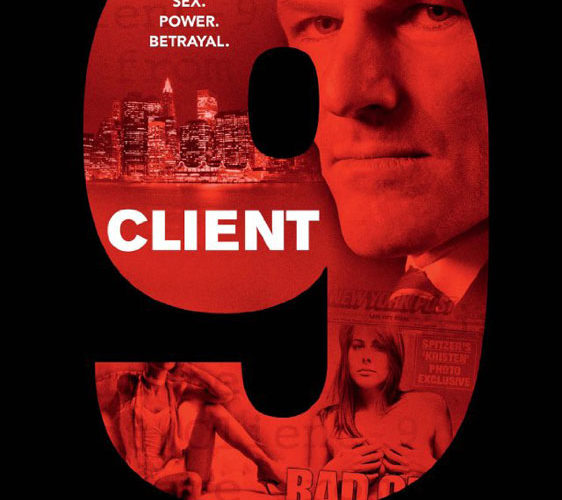 [WFF Review] Client 9: The Rise And Fall Of Eliot Spitzer The private sex lives of American politicians, both past and present, has grown more and more public with each passing technological advancement. From the slumming John F. Kennedy to the shameful John Edwards to the embarrassing Mark Souder, the American people are drowned in congressional infidelity on a near daily basis.

None of the names above took a greater career blow from their respective scandals than Eliot Spitzer, the New York Governor who would promptly become the Former New York Governor directly because of his dealings within an exclusive prostitution ring.

Sexual blunders aside, however, Spitzer would be alarmingly right about a lot of what would go wrong with our country (and with New York) only months after his resignation. This plus the knowledge that nearly all legal action taken against prostitution rings resolve around condemning the Madam and leaving the clients alone, no matter how rich and powerful, out of it, causes some curiosity. Spitzer’s case is the exception that defines the rule. Why is that?

Prolific documentarian (Enron: The Smartest Guys In The Room, Taxi To The Dark Side, Casino Jack and the United States of Money) Alex Gibney asks this question while fully developing the backstory of a fallen political hero.

One of Gibney’s main subjects is Spitzer himself, who describes his downfall this way: “I would most closely compare it to that of Icarus.” His responses are reserved mostly (the way a smart politician does) but also honest and thoughtful. Gibney’s not one to skirt around the issues at, and neither is the former governor.

Spitzer’s rise is paralleled with the rise of Ashley Dupré, the call girl who would be dubbed the ‘Gov’s Girl’ by publications across the country, and the introduction of another call girl who proved more central to the governor’s time in the prostitution ring.

This source agreed to speak only if she remained nameless and faceless, so Gibney hires an actress to speak her words, a brash act of fiction that feels unwarranted amongst all of the other interviews. There’s a large difference between Johnny Depp reading Hunter S. Thompson’s words in Gonzo and an anonymous actress reading the transcription of an anonymous source.

Despite this reservations, the girl’s words are essential to Gibney’s retelling.

She describes her time with clients as nice; “most our nicer than going out on dates in the real world,” she says. Sure, this bit of information isn’t crucial to Spitzer, but it is crucial to the viewers’ interest in this documentary.

The job of filmmakers like Gibney are getting and harder, with 24-hour news coverage and blogs from every side, in and out, of the political spectrum. Who needs to know more about Eliot Spitzer? In order to care, there needs to be more than a Wikipedia fact page.

As a solution to this problem, Gibney offers a bit of conspiracy theory into the mix. And it almost works.

We meet Roger Stone and Joe Bruno, two of Spitzer’s fiercest enemies inside the New York bureaucratic system.  Gibney exposes Spitzer for being as ruthless, stubborn and temperamental as he is determined,  persistent and, well, right. And Bruno and Stone are more than happy to help the filmmaker with evidence.

In the process of exposing/defending Spitzer, the ridiculousness of all the players around him is exposed. Be it Stone’s flamboyance, Bruno’s arrogance or the incredible lack of accountability from the Madam of the prostitution ring (she comes across like a child when speaking to Gibney, giggling and making jokes at her clients’ expense), this is a world ruled by clowns. One can only shake his head. Only one client of the hundreds of clients discovered in the ring were exposed (Spitzer) and threatened with legal action. Many of the restrictions Spitzer had put on bank spending and speculation were overturned after his resignation. It reads like the subplot of a Bourne novel and, in the world Gibney’s shown us, it doesn’t seem so crazy. Unfortunately, it’s all (ironically) pure speculation.

And even though the conspiracy theory Gibney’s determined to expose/suggest doesn’t go as far as he’d like, Spitzer’s testimony plus the absurdity of his enemies make this doc a time capsule of this moment in America, where everyone knows everything and nobody knows anything.

Did you like Spitzer when he was in office? How about now?