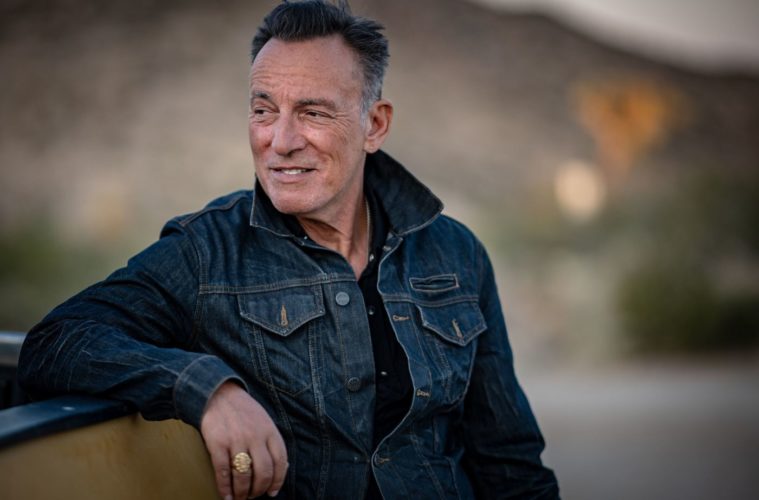 ‘Western Stars’ Review: The Boss Looks Back in an Evocative Meditation on the Artistic Process

“The words to pop songs are about the only literature of advice we have on romantic matters,” said an uptight yuppie struggling with matters of the heart in Whit Stillman’s romantic comedy Barcelona. For those seeking the deeper meanings of the universe free from pretense there’s always been The Boss. The directorial debut of Bruce Springsteen, Western Stars is a lovely companion to Gurinder Chadha’s late summer crowd-pleaser Blinded By The Light, as the poet laureate of the Garden State generously shares the images and inspirations behind his latest album. Blinded By The Light beautifully brought to life the lyrics of his earlier career, while Western Stars is a stirring and often heartbreakingly beautiful emotional journey of an artist who can still deliver the goods.

Envisioned as a companion piece to Bruce Springsteen’s 2016 autobiography Born to Run and his 2017 show Springsteen on Broadway, Western Stars confronts aging, isolation, and a lifetime of mistakes, decisions, and consequences. The result is both a personal meditation on the artistic process of a legend late in his career as well as an exploration of the lone wolf, the trailer blazer, the cowboy, and the-70-year-old man who as a 26-year-old man wrote, “The night’s busting open; these two lanes will take us anywhere.”

The film uses an enlightening but repetitive framing device in the form of stock footage, newly shot images in the desert, and voice over for the live performance of Springsteen’s Western Stars album in a 100-year-old barn on his property in New Jersey with the full backing of an orchestra. The result is a film that is both grand and intimate while remaining cinematic in a way that his previous feature film collaborations with master documentarian Thom Zimny have visually lacked. Meant to replace a traditional tour, Springsteen creates an evocative portrait of the American West. The repetition of certain imagery and the film’s minimal use of humor prevents it from becoming the truly transcendent experience of his Broadway performance, which is enjoying new life on Netflix.

The performance in Springsteen’s barn is stunning, with wife Patti Scialfa by his side for many of the songs as The Boss evokes the landscape of manifest destiny in tunes like “Hitch Hikin’” and “The Wayfarer” alongside remembrances of stops along the way including “Sleepy Joe’s Cafe”, “Tucson Train” and the title song “Western Stars.” The highlight is his showstopper “There Goes My Miracle,” an ode to the miracle of love and the work that’s required to maintain it. In setting up that song he describes his first secret courtship with Scialfa, whom he first maintained a professional relationship with as a member of the E Street Band. What makes Western Stars a haunting meditation on love and loss is that Springsteen generously shares his struggles with depression and the anxieties of starting a family as a loner who viewed himself as a character always on the move.

Western Stars embraces this character as filtered through the lens of the 1950s popular culture that raised Springsteen, avoiding the conversation about authenticity at the heart of his Broadway show and autobiography. He has, by his own admission, never worked an honest day in his life–the texts of his lyrics are largely borrowed from the experiences of those around him, including his father. Western Stars isn’t a definitive work but undoubtedly one that demands to be seen in a cinema–shot in widescreen and mixed for Dolby Atmos, it’s a technically stunning picture. Co-directed by Springsteen and Zimny, Western Stars doesn’t compress the facts of a career-spanning 50 years, but rather offers a kind of thesis on his reoccurring themes of hard work and masculinity found in albums like The Darkness on The Edge of Town, The River, Nebraska, and his later works like Wrecking Ball.

While cynics may consider it a “brand experience,” the power of the film is largely contained within the only live performance of the Western Stars album that may ever happen, partly due to the complexity of the collaboration and sounds he evokes with a full orchestra and the support of many back-up vocalists. Here is a documentation of a brief moment for a few friends and the horses in the barn’s basement. It’s pure magic as the music takes on a life of its own. The Boss, older and wiser, remains one of our most perceptive, curious, and eclectic chroniclers of the American experience.