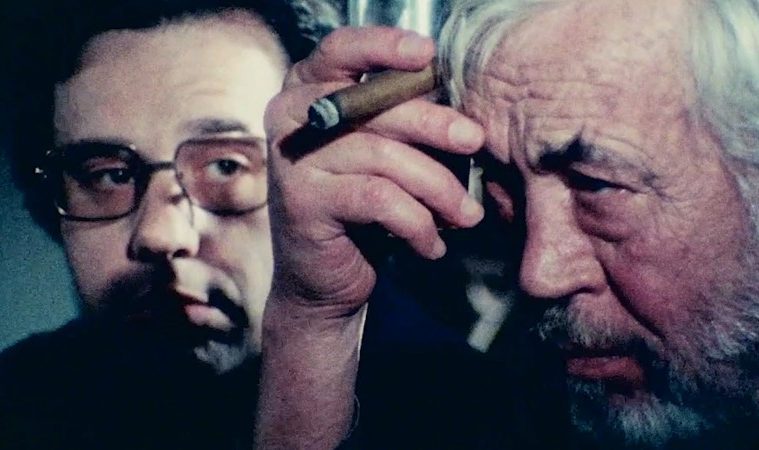 New to Streaming: ‘The Other Side of the Wind,’ ‘Claire’s Camera,’ ‘Children of Men,’ and More

Some of the best sci-fi stories ask one simple question and then imagine a world in which that question becomes a real concern. What happens when the sun dies? What happens when AI becomes indistinguishable from a person? Children of Men, flawlessly directed by Alfonso Cuarón, asks a question that is painful to consider and even more painful to observe: what happens when people can’t reproduce? The world that is created in the wake of this question is one in which hope and progress have died together, the last vestiges of society and technology crumbling simultaneously. But, as with all science fiction that truly endures, Children of Men finds salvation within the only place it could remain, even in the worst of times: the heart and soul of humanity. – Brian R.

Its appeal lies more in the seductive energy exuded from the dialogues and performances, which feel improvised. Huppert and Kim are clearly having fun riffing off one another, each speaking in lightly broken English and conveying the pleasures of ephemeral encounters in low-stakes liminal spaces, such as the one represented by the festival. Claire’s Camera as a whole is just as fleeting, and while it too may not leave a lasting mark, it’s nonetheless a welcome diversion while we wait for the next film by the exceptionally prolific Hong. – Giovanni M.C. (full review)

The best sci-fi film of 1977 does not cease to amaze 41 years on, in some part because its finer intricacies are forgotten amidst the pervasiveness of a five-tone theme and images of Devil’s Tower. Being less the thrillride of Jaws and more immediately touching than Raiders of the Lost Ark, Close Encounters is Spielberg’s first great film about discovery and placing oneself into the fabric of human history — just not the best fable about fatherhood, either. – Nick N.

Coming exactly eight years after its initial release in theaters, Doug Liman is debuting his director’s cut of Fair Game, an adaptation of Valerie Plame’s book of the same name starring Naomi Watts and Sean Penn. Watts plays Plame, a real-life CIA agent whose identity was leaked to the press in 2003 after her husband Joe Wilson penned a New York Times op-ed contradicting the Bush White House’s claim that Saddam Hussein had attempted to bolster his weapons program by purchasing uranium from an African nation. Liman, in putting this new cut together, has added some context to the opening minutes of the picture along with some subtle changes throughout in an attempt to fully realize a film he’s stated had felt incomplete to him–not as good as it could have been. The adjustments do help, as does the timing of the release, mere months after our current president pardoned Scooter Libby, the former chief of staff to Vice President Dick Cheney and person indicted in 2005 on charges of obstruction of justice and perjury all tied to the Plame affair. Fair Game captures a marriage in peril as much as it captures a nation in crisis. Watts is sneakily giving one of the better performances of her career while Penn feels very much in his wheelhouse, both in his role and politically. One hopes in time Liman will be remembered as much for his smaller, personal films like this and American Made as he is for his entertaining blockbusters. – Dan M. Some films find a way to surprise, intrigue, and confound all at once, leading you down a rabbit hole that becomes bleaker with every step as it uncovers secrets you’re ill prepared to understand because the characters themselves are too. What starts off as though a psychological horror, burning slow to introduce a seemingly normal suburban family going through a rough patch with the British economy in recession soon turns into a bloody romp that is almost too serious in its actions. Between the over-the-top marital strife snowballing into shouting fits that scare their young son and make you wonder why Jay (Neil Maskell) and Shel (MyAnna Buring) are still together and the comical back-and-forth of he and an old war buddy Gal (Michael Smiley), you become lulled into a false sense of humor-tinged chaos before Kill List’s truer, darker intentions are made clear. – Jared M. (full review)

One of the most powerful states explored in cinema is the state of exhaustion. Being tired. Tired of work. Tired of bad choices. Tired of life. In every sigh, glance and line read does George Clooney convey this in Michael Clayton. Early on, the corporate fixer takes calls from clients and institutes shadowy moves without a second thought, bored by the process. That the film is bookended by his slip back into gambling is no surprise. There’s a clear circular nature to this man. A spinning of wheels slowly sputtering to a stop. Whatever good he may do should’ve been done years before. The matter-of-factness within this world of corruption recalls masterworks like Sidney Lumet’s The Verdict, in which good and evil exists only in the margins. Whether it be a hitman or a cop, stooge or bookie, everyone in Michael Clayton is very much doing their job. There’s no drama in the motivations, but rather in the results.  – Dan M. (full review)

Ever since Steven Spielberg set foot on the beach, directors have been attempting to recapture a similar level of thrills and artistry in the shark movie, usually towing either the intimately terrifying line or opting for over-the-top, scenery-chewing bombast. Far from the pared-down horror of something like Open Water, the latest selachian feature The Meg goes for broke with the notion that bigger is better, making the strong case of disproving that exact statement. Taking far too long to get to people-chomping thrills, Jon Turtletaub eventually settles into a handful of entertaining set pieces, but is often sidetracked by a script that plays it safe in both structure and bloodletting. – Jordan R. (full review)

Orson Welles’ long, long-anticipated film The Other Side of the Wind has now been completed. Starring John Huston, Bob Random, Peter Bogdanovich, Susan Strasberg and Oja Kodar, the meta satire follows a director who returns to Hollywood after being exiled in Europe and plots his comeback movie. There is simply no bigger cinematic event in 2018, and thankfully the film continues the director’s prescient vision. Leonardo Goi said in his review, “To enter The Other Side of the Wind is to mend through a two hours-long cacophony of sounds and colors, a party of forking storylines endlessly crisscrossing each other: Hannaford and Otterlake’s; Hannaford’s comeback film — a cat-and-mouse silent arthouse feature parodying Antonioni’s Zabriskie Point and starring Welles’ own partner, Oja Kodar — snippets of which are screened to dozens of dumbfounded guests; Hannaford’s hunting down his lead actor and wrestling with his solitary debacle as the party enters its climax.” Also streaming is Morgan Neville’s documentary on its making, They’ll Love Me When I’m Dead, which Daniel Schindel reviewed here.

Equal parts rousing and intelligent, Steven Spielberg’s continued late-period interest in historical procedurals manifested itself this year with The Post, an account of the Washington Post’s defiance of the Nixon Administration through its publishing of the Pentagon Papers. The modern-day parallels are impossible to ignore, but it is at its very best in its master auteur’s uncommonly vigorous direction, which delights in the thrill of the chase and investigation. It is perhaps fitting that what would conventionally be the climax – the court decision – is almost an after-thought: the act of publishing, of relaying information, is what matters. – Ryan S.

Uncompromisingly challenging at times, Jim Cummings’ feature-length adaptation of his award-winning 2016 short film Thunder Road offers a unique portrait of a tightly wound lawman on the verge of a nervous breakdown. Cummings stars as Patrolman Jim Arnaud, a mild-mannered professional who’s broken after the passing of his mother. Beginning with a jarring, unbroken long take, Arnaud offers a eulogy by way of an awkward dance for his mother inspired by Bruce Springsteen’s “Thunder Road” and recorded by a co-worker Nate (Nican Robinson). Despite the direct reference, that scene is largely where the worship of New Jersey’s poet laureate stops. – John F. (full review)

Racer and the Jailbird