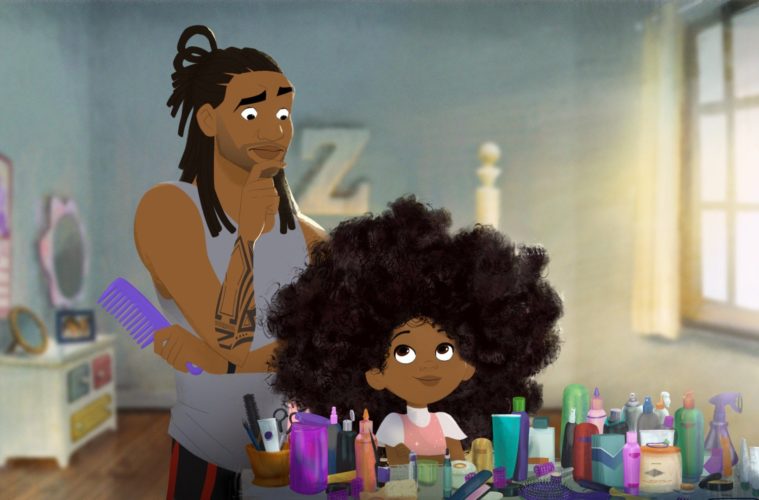 While Bong Joon Ho and the historic Parasite victories deservedly dominated Academy Awards-related headlines this past week, one of our favorite moments of the ceremony is when they put the spotlight on short film work. All 15 of the nominated films enjoyed a theatrical release and digital release in the past weeks, but now it’s easier than ever to watch the victors.

The trio of impressive winners in Animation (Matthew A. Cherry’s Hair Love), Documentary (Carol Dysinger’s Learning to Skateboard in a Warzone (If You’re a Girl)), and Live Action (Marshall Curry’s The Neighbors’ Window) are now available for free, offering a preview of the talented directors who we imagine will return to awards season with expanded projects in the years to come.

Check out the short films embedded below, with one on Hulu, and see Jared Mobarak’s reviews with more here.

The producer list for Matthew A. Cherry’s short film Hair Love is insane. Jordan Peele. Peter Ramsey. Gabourey Sidibe. Gabrielle Union. Dwayne Wade. And those are just the ones I recognize. With hundreds of Kickstarter backers and co-directors Everett Downing Jr. and Bruce W. Smith also attached, the project would ultimately land at Sony, garner huge buzz online, and earn an Oscar nomination. That’s quite the journey for a children’s book that only dropped in May itself. With Vashti Harrison’s playful yet detailed illustrations begging to be brought to life, however, it’s no surprise that it would find such massive success. The world needs positive representations of the Black experience and one focusing on natural hair, fathers and daughters, and confident beauty proves a perfect catalyst.

It starts with a little girl realizing today’s the day. We don’t know what her excitement is about, but the calendar has a heart and she couldn’t be more enthusiastic about the prospects. First things first, though: she must do her hair. A mess of curls and tangles unleashed from a bed cap, she’s calmly undeterred. Her cat conversely carries obvious skepticism, but the hope is that a YouTube channel’s assistance will solve the problem. Judging by her quizzical reaction and the shock of her father upon completion, however, that hope is squashed. Will he take up the challenge and be the hero his daughter needs? Or will he glance at his watch and simply put a hat on her head so they can rush to their destination?

You may not think the decision is that dire, but you’d be wrong considering the systemic prejudice our society places upon Black women’s hair. The decision to cover it up therefore holds weight beyond the notion that doing so could be dismissed as a casualty of laziness. And since the whole idea here is to show young Black girls that they are beautiful no matter what people might say, you better believe her Dad is going to do his damnedest to give her the hair style she desires. There’s more to it than that after revelations are uncovered, but this added context is about mirroring and complexity rather than shrouding the importance of what’s happening beneath potential tragedy. It’s about perseverance, love, uniqueness, and pride. It’s about identity.

Everyone wants for more and often for that which they cannot have. That’s when our desire grows largest because we remember what was, regret what wasn’t, and lament how that which we have might never be enough. This goes beyond careers or finances or location. I’m talking about love, family, and joy. Is that a silly thought to have when you’re married with three kids and comfortably situated within a life together that you built with intent and purpose? Sure. But it’s also very human because contentment breeds fantasy. What we have becomes rote to the point where a distraction is necessary to cope. What if we were single? What if we didn’t have children? What if we were more attractive? Where did our lust go?

These are the questions facing Alli (Maria Dizzia) and Jacob (Greg Keller) in Marshall Curry’s The Neighbors’ Window. And they’re natural questions to ask within a societal infrastructure hinged upon success and growth. The moment you find yourself digging in, complacency rears its head and achievement quickly turns to failure. We don’t allow ourselves to be comfortable when our minds tell us that comfort can always be improved. So when Alli and Jacob discover the young couple across the street stripping naked to have sex in front of drape-less windows, they can’t help but wish it were a mirror instead. They (Juliana Canfield and Bret Lada) don’t have screaming children, puke-stained clothes, or deteriorating bodies. They remind this couple about the divine gift that is youth.

Does that mean age isn’t, though? Does that mean someone couldn’t be looking through Alli and Jacob’s window with the same awe at what it is to be happily married with a family? This is the bane of privilege: an inability to see how good you have it compared to others because all you’re willing to see is what you lack. When the status quo is health, security, and happiness, those accomplishments become rendered as your new bottom. Alli and Jacob are therefore wondering how they could add these strangers’ capacity for sex, adventure, and independence to what they already have rather than acknowledging how reality often demands a trade off instead. All they know for sure is what they see and surfaces can hide so, so much.

Curry’s heavy-handed narrative propulsion to reveal this truth hits us hard emotionally regardless of it proving conveniently tragic and blatantly manipulative. The moment the cracks in Canfield and Keller’s lives arrive, we know what’s coming even if Alli can’t see the reckoning in store. That too is an example of her privilege and perhaps naiveté where her ability to escape youth is concerned. Because she survived her own to find love and motherhood doesn’t mean everyone else will. She can’t imagine what’s about to befall that other apartment because she has no internal reference point. It’s easy to thus imagine changing places when a future similar to hers is the guaranteed bare minimum. But it’s not. What Alli has is actually a future too many will never see.

Watch in full on Hulu.

While Carol Dysinger’s documentary Learning to Skateboard in a Warzone (If You’re a Girl) focuses upon the educational institution known as Skateistan and its fearless teachers doing everything they can to empower the next generation of women to fight for their rights, I found myself enamored by a couple of the students’ mothers and the strength they show to not force their daughters onto the same path their families forced them. These women know how lucky they are that something like this school exists because it provides them a way out. After all, female illiteracy isn’t an unfortunate byproduct of a cultural divide. It’s the intentional effect of a system built to keep women subservient to the men in charge. Literacy therefore proves a potent weapon of defiance.

The teachers are arming these kids with the tools to survive and hopefully instill change themselves. That’s where skateboarding enters the equation. Just as important as reading, writing, and arithmetic, this sport becomes a way to conquer fears and imbue courage in ways these children can better comprehend in the moment. It’s about getting on that board and not falling off in front of your peers. It’s about excelling at something only boys are allowed to do (at least outdoors) in order to break down the psychological barrier they’re each born with that says they can never be as important as a man. That this bravery also assists in combatting the horrors of enduring the tragedy of suicide bombings every week in Kabul is frankly an added bonus.

Dysinger captures the mental fortitude that results from adults (the student support officer talks about the time she smacked a member of the Taliban in the face after he hit her) and kids alike. The latter is portrayed via multiple ages too as two graduates of the program who now teach skateboarding share their success stories and aspirations while numerous current students are shown laughing, learning, and preparing for whatever might come their way. It’s inspiring to watch because we can understand the difficulties that go into a program that purposefully challenges the status quo. That a little thing like a dedicated school bus to alleviate parents’ worries for kidnapping can get them on-board proves how people will support change if trust is instilled. Things can get better.

Read all of Jared Mobarak’s reviews of the Oscar-nominated short films here.