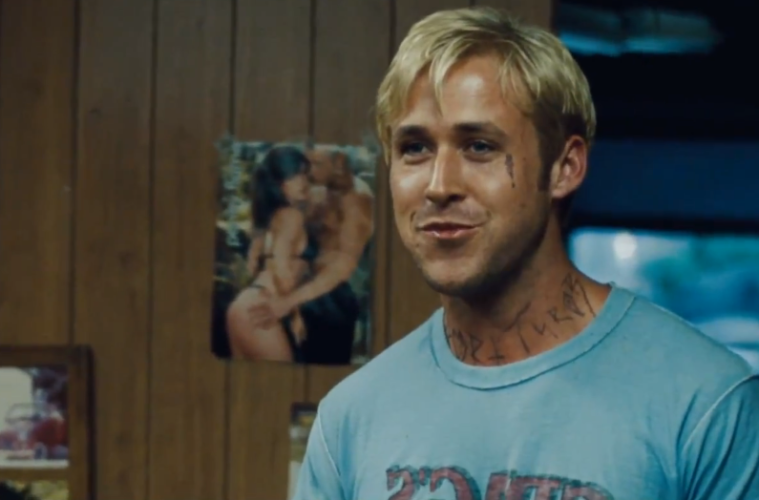 One of our most-anticipated films on the fall festival debuted to a divisive response (we were on the positive side) and now we’ve got our first chance to take a look at it today. For The Place Beyond the Pines, Derek Cianfrance has reteamed with his Blue Valentine star Ryan Gosling in a drama that takes on a much larger scope. The multi-generational family tale follows Gosling as a stunt rider who attempts a robbery (sound familiar?), but the story reportedely goes much, much deeper than one can imagine.

We’ve got a first look at the early steps of the heist, as we see a tattooed and blonde Gosling discuss plans with Animal Kingdom and The Dark Knight Rises star Ben Mendelsohn (whose involved in a heist of his own in the upcoming Killing Them Softly), amidst some interviews from the Toronto International Film Festival red carpet. As someone who loves Cianfrance’s style, we seriously can’t wait for this one. Check it out below for the film also starring Bradley Cooper, Eva Mendes, Rose Byrne, Mahershala Ali, Dane Dehaan, Emory Cohen and Ray Liotta.

Update: Check out another clip below featuring Cooper, thanks to Hitfix.

The Place Beyond the Pines arrives in 2013, thanks to Focus Features, after screening at TIFF.