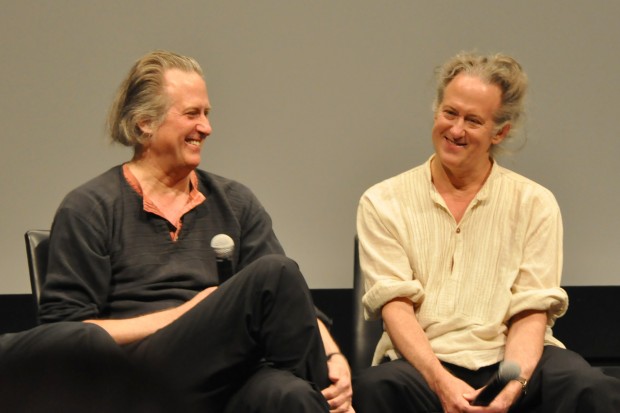 One of the few names you’ll hear swinging around any group of people eager to discuss unusual brands of cinema is the Brothers Quay. Considered as one of the most influential forces in stop-motion animation, the identical twins were born in Pennsylvania but cultured in Europe by the likes of Czech filmmaker Jan Švankmajer. They’ve created a diverse body of surrealist work that expands into nearly every medium of art. From illustrations to puppetry, staging operas to directing experimental television commercials, Stephen and Timothy Quay have defined a unique sensibility that is equally compelling as it is morbidly bizarre.

MoMA has curated the first ever retrospective of their impressive body of work entitled Lip-Reading Puppets: The Curator’s Prescription for Deciphering the Quay Brothers. A bit similar to the Tim Burton retrospective that ran in late 2009 and early 2010, the Brothers Quay exhibit features a range of work stemming from early short films when the brothers were young aspiring artists to puppets and sets from their surrealist bits of stop motion celluloid brilliance that defined their careers. You can also sit down in small enclaves of the museum and watch some of the short films that made the brothers famous such as Street of Crocodiles and The Caligrapher. There is also a wealth of material from fellow artists that inspired the brothers unique visual sensibility including an amazing collection of 1960s Polish movie posters that adorn their personal movie studio where they work together. In addition to the exhibit, MoMA is concurrently running a full series of screenings of most of the  brothers filmography. This includes both of their live action features The Piano Tuner of Earthquakes and Institute Benjamenta, being shown on a newly restored 35mm print as well as their rarely seen ballet films. There is also a series of the complete shorts including rare and hilarious commercials the brothers described as ‘a deal with the devil’ to their signature animated puppet nightmares. For both the uninitiated and those already familiar with some of their films, the exhibit features a provocative examination of two very important and under-appreciated artistic geniuses who offer a idiosyncratic perspective on the bizarre reality around us. Check out a video below of a Q&A during a press event at MoMA where the Brothers candidly discussed their careers, influences, the exhbit and intimate stories about their work. Following that we embedded some videos of their work, along with photos of the gallery.