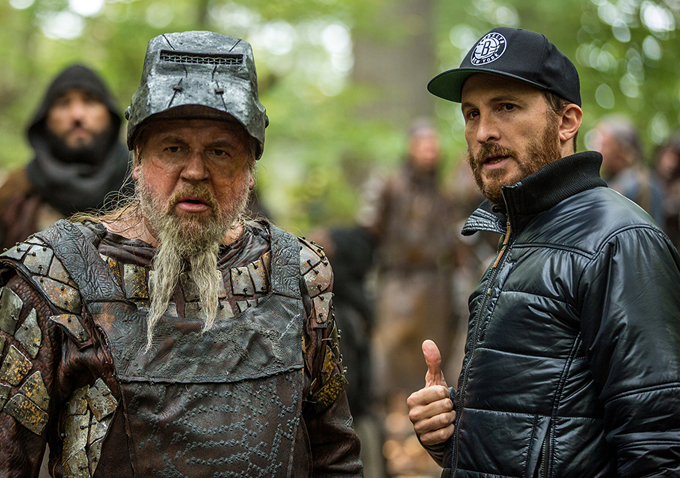 It was welcome news when we learned that it would be Darren Aronofsky‘s 2-hour and 12-minute cut of Noah that is arriving in theaters at the end of the month. Despite many versions being test screening, Paramount finally agreed with the director, but little much beyond the process has been known until now. Speaking with The New Yorker (via Hollywood-Elsewhere) we now have more information on the behind-the-scenes of the alternative versions.

In another plea that one can’t trust test screenings opinions, at one point Paramount tried a vastly cut down version, “an 86 minute beatitude that began with religious imagery, ended with a Christian rock song.” But apparently no version had scored higher than Aronofsky’s initial rough cut. Arnon Milchan, involved with the funding of the film, says “Darren was probably afraid that the studio’s version would look like Pretty Woman and test like Free Will. But the other tests confirmed that you can’t reinvent the movie that Darren did. Once you lost the texture of his Noah, the moral complexity, all you have is a sweet little Hollywood movie that you could make for twenty million dollars.”

Aronofsky went on to say, “I don’t give a f*ck about test scores! My films are outside the scores. Ten men in a room trying to come up with their favorite ice cream are going to agree on vanilla. I’m the Rocky Road guy.” He added, “the process sucked, [but] I don’t know if you can find another over-a-hundred-million-dollar movie that didn’t have reshoots. And, at this point, Paramount ninety-eight-per-cent supports everything I wanted in the movie. So I live and die by this version, and take full responsibility.” So, while Aronofsky is frustrated by the marketing, at least he has a film he can stand behind, and that’s enough to pique our interest. Check out more from our early look at footage here and see the first clip (via Total Film) and new one-minute spot below.

What do you think of the first clip and the test screening process?