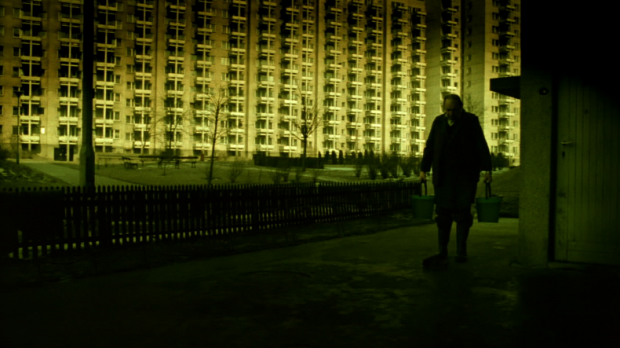 Criterion’s been on a bit of a Krzysztof Kieślowski tear as of late, having just given his towering Dekalog a Blu-ray release. One doesn’t need much of an excuse to pay the Polish great some attention, however, so take the following post as an all-purpose sharing of material — after all, you can’t go wrong with some Zbigniew Preisner, whose gentle, flowing musical compositions were the perfect complement to Kieślowski’s gentle, flowing tales of moral quandary and self-discovery. Want to soundtrack your own moral quandaries and self-discoveries? Your ultimate Spotify playlist is here!

Shared below is a 27-track Preisner collection, as well as a video of Kieślowski on the Dekalog set. It’s brief, sure, but a rather direct discussion of his strange project’s plurality of tones, as well as the question of it being or not being a television production. (What a debate that would’ve sparked if made today!) Further consideration is to be found in Paul Coates’ “And So On”: Kieślowski’s Dekalog and the Metaphysics of the Everyday, a piece-by-piece essay that may very well become required reading for future studies of both maker and film; Criterion sharing it marks an invaluable service to that field.

Explore the Kieślowski-related items below: