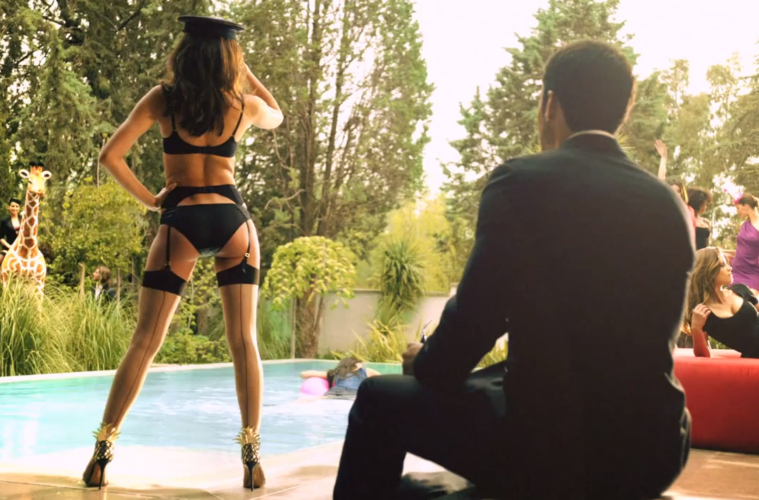 Looking at her feature film roles, Penelope Cruz has always had a taste for the provocative and so it comes with little surprise that her first work behind the camera shares that quality. Working for Lingerie client Agent Provocateur, the Volver star crafted a six-minute short titled L’Argent that packs a small surprise.

Featuring a man’s (played by Miguel Ángel Silvestre) fantasy world filled with models, Cruz’s husband and her co-star for The Counselor, Javier Bardem, pops up towards the end. It’s a fairly sultry, NSFW piece, but a solid step out of the directing gate for Cruz, and one can check out the short below (with a hat tip to Twitch). We’ve also dug up an interview with Cruz discussing her involvement and a behind-the-scenes featurette for your viewing pleasure.

Would you like to see Cruz jump into feature directing?