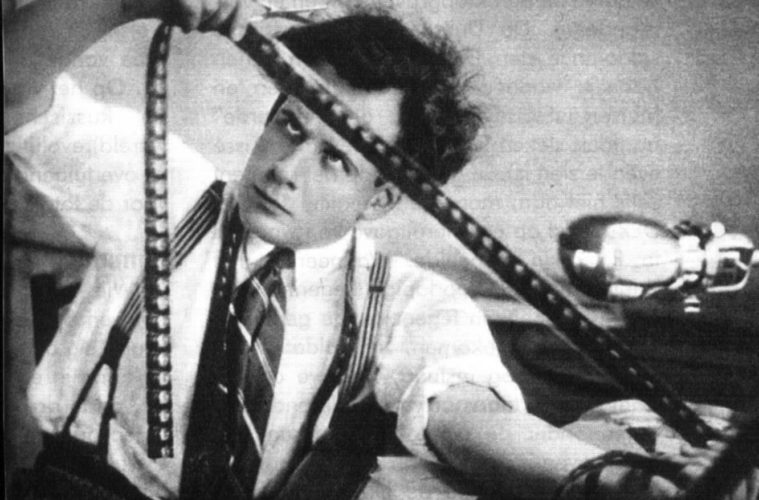 Watch: From D.W. Griffith to Sergei Eisenstein, Learn the History of Editing In Informative Video Series By its design, it’s one of the filmmaking elements that the majority of filmgoers rarely notice, but as the editors behind American Hustle, Captain Phillips, Dallas Buyers Club, Gravity, and 12 Years a Slave vie for Best Editing Oscar, it’s time to take a look back at their foundation. They, of course, all owe a great debt to D.W. Griffith and Sergei Eisenstein and today we have a series of videos that explore the birth of editing techniques.

The fine folks at Filmmaker IQ have posted the latest videos in their ongoing series of online courses exploring all topics cinematic. This installment explores the origins of the montage and the various early Soviet filmmakers that pioneered the technique. The most recent, 15-minute video plays like a film textbook come to life with underlined key definitions and in-depth analysis tracing the evolution of the montage from Battleship Potemkin all the way to Psycho. The video also details the creation of the world’s first film school, the Moscow Film School (spearheaded by a Cinema Committee, which Lenin’s wife sat on), making for an interesting bit of information that highlights the current state of film education.

It’s a worthy endeavor to teach film concepts and theories on a large scale for the digital age, so before you take a crack on that next YouTube video, take a look below at three of their videos tied to editing. One can also check out their other compelling video seminars that cover everything from screenplay formatting to the origins of film noir here. Circling back around, if one wants to dive into the editing process for one of last year’s major films, watch an 100-minute conversation with Gravity editor Mark Sanger here.

What do you glean from the video series? What’s the best-edited film of the last year?