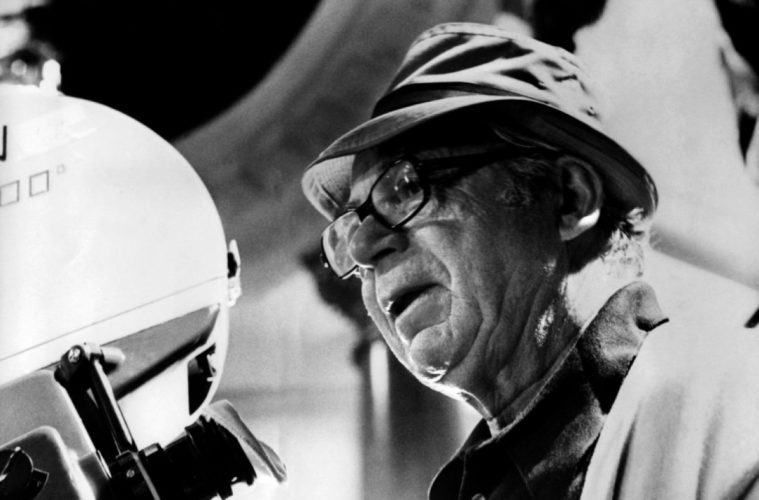 Twelve years ago today, at the age of 95, one of Hollywood’s finest talents left us. In addition to the classic films such as Double Indemnity, Sunset Blvd., and Some Like it Hot, Billy Wilder would also leave behind a spoken account of his life and work in a documentary. The 70-minute feature was conducted by Volker Schlöndorff (The Tin Drum) in the late 80’s and premiered on the Turner Classic Movie channel in 2006. Wilder’s only criteria for the work was that it was never to be shown during his lifetime and this explains the lengthy delay between when the documentary was filmed and when it was released.

Wilder and Schlöndorff’s camaraderie develops during this series of conversations over their shared home country of Germany. Wilder, named after Billy the Kid, retraces fleeing from the Nazi regime, falling under the guidance of director Ernst Lubitsch, and explains the recurring sensibilities that guided his screenwriting and directing through over twenty-five films. Wilder is an animated orator that alternates between German (with subtitles) and English. The coyness and humor, so prevalent in his films, shines through when discussing his method for composing a sequence. He explains that he would attempt to use as few shots as possible, avoided attention seeking shots, denounced as, “constant orgasms,” and would work under the mantra “shoot the son of a bitch and let’s go home.”

The anecdotes about Wilder’s work hint at alternate versions of his films; he recalls Sunset Blvd. originally opened in a morgue with dead bodies springing to life and retelling their story. We even get to see a snippet of this deleted footage which was removed from the film after it screened terribly in, of all places, Poughkeepsie. Wilder concludes “everyone in the audience is an idiot but taken together they’re are genius.” Watch the documentary below for more witticisms like that and fall under the charm of the legendary writer-director:

What did you glean from the documentary? What’s your favorite Wilder work?