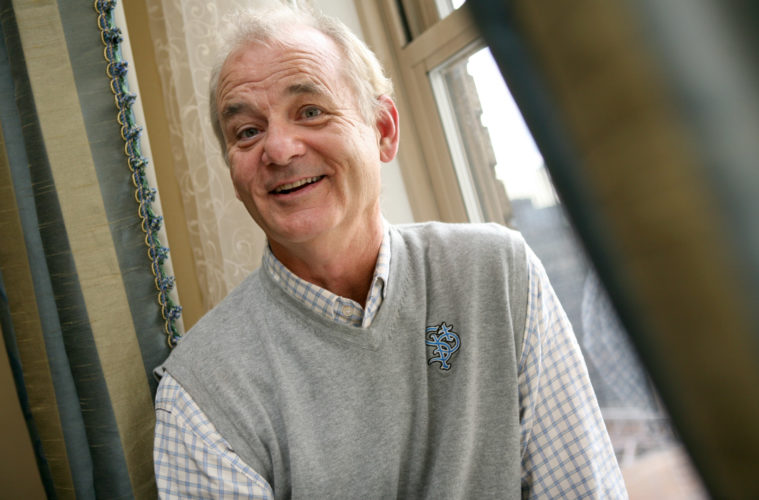 Notorious for his accustomed disinterest in interviews, particularly in a longer format, Bill Murray has made a recent exception. With The Monuments Men in theaters and The Grand Budapest Hotel nearing a release, the legendary actor has stopped by Charlie Rose‘s show for a one-hour interview. It’s now been made available online in full and while it begins with how and why he came aboard George Clooney‘s latest effort, he then dives into his career and life.

One the best sections is when the actor discusses why he makes sure he’s “available” in life, living in the present and taking advantage of every opportunity, perhaps an explanation for the many photos with random strangers. In a rare instance, he also dives into his personal life, talking about why he moved to South Carolina from New York, as well as how it ties into his current career obligations.

The actor also reveals that he thought about quitting his craft after Jim Jarmusch‘s Broken Flowers, as he couldn’t imagine being in a better film. Thankfully, he says he rethought the decision and can’t see stopping now. Be sure to carve out some time to watch this one; it can be seen in full below and don’t be alarmed at the more candid set up for Rose.

What did you glean from the conversation? What’s your favorite Bill Murray performance?