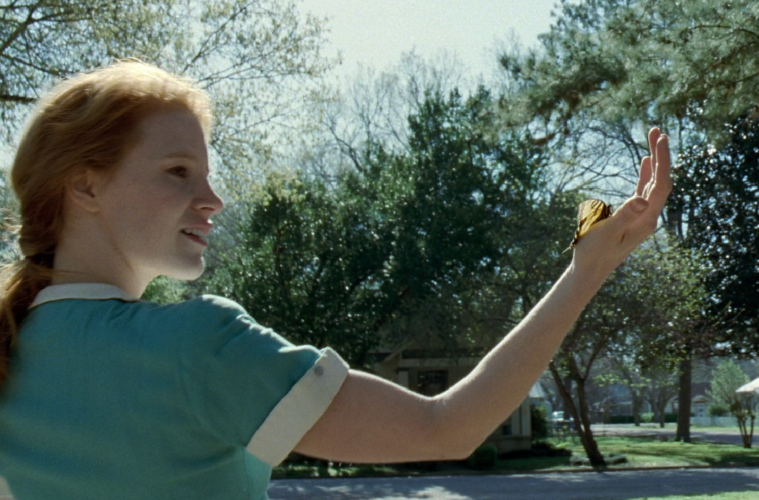 The cinema of Terrence Malick presents a unique challenge to viewers because it tends to eschew straightforward storytelling in favor of impressionistic meditations on humankind’s spiritual condition. For many, his 2011 magnum opus The Tree of Life, which we named the best film of the decade thus far, best embodies this inclination. Fractured across multiple time periods and perspectives, the plot of the film could be reduced to events in the life of one Midwestern family, but the film’s overall construction suggests loftier aspirations.

In an illuminating talk given as a part of Biola University’s Torrey Honors lecture series, art professor Jonathan Anderson took up the Malick challenge by performing a close reading of The Tree of Life. He claims that the film is organized around five acts, the first two of which approximate the Biblical story of Job. In Job, the titular figure is wracked by unimaginable suffering that leads him to question the will of his Creator, at which point God responds in Job 38 verses 4 and 7, “‘Where were you when I laid the foundations of the earth […] when the morning stars sang together, and all the sons of God shouted for joy?'” After noting that this precise verse forms the epigraph at the start of The Tree of Life, Anderson astutely equates the grief and creation montage of the film’s first two acts with Job’s narrative: humanity faults God for its suffering, but He ultimately demonstrates that our perspective of right and wrong, fair and unfair dwarfs next to His, from which He oversaw the birth of the universe.

Continuing into the film’s latter three acts, Anderson also notes that the film navigates a narrative of humankind’s inherent wickedness and eventual redemption alongside the one of suffering. The eldest son Jack reflects on his life on the anniversary of his brother’s death, and through what Anderson argues are flashbacks from the older Jack’s perspective, viewers are shown how “the way of grace” (consisting of self-sacrifice and compassion) wrestles with “the way of nature” (comprising selfishness and a desire for power) inside the younger Jack. The character’s retrospection eventually leads to repentance and a final act that, while overly “splashy” by Anderson’s taste, appears to signify some sort of emotional healing.

Throughout the talk, Anderson demonstrates an encyclopedic knowledge of Biblical studies, drawing on sources as wide-ranging as Dante and Heidegger. Under his scrupulous guidance, the obscurities of The Tree of Life seem a little more tractable, the film’s vision a little more lucid.

Check out the full talk below with a hat tip to One Big Soul. Also, if you are near New York City, the film will be screening with a live 100+ piece orchestra this November at BAM.