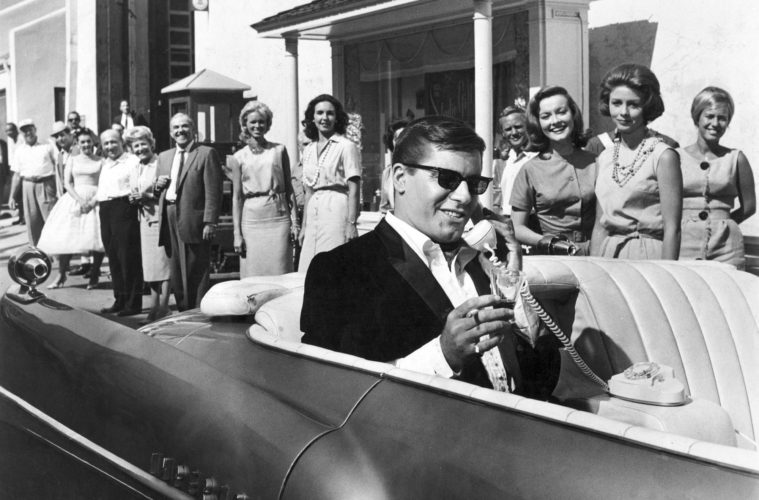 A movie that’s about movies in the most skewer-happy sense, Joel and Ethan Coen‘s Hail, Caesar! is bound to inspire any number of comparisons and spot-the-reference games among discerning viewers. Not all of these are obvious. Despite the fact that I’m thinking about Jerry Lewis for half of any given day, I can’t say I made the same connections raised in the latest installment of Little White Lies‘ video-essay series, “Under the Influence,” where Adam Cook examines Lewis’ second directorial effort, The Errand Boy, and those curious ways it overlaps with the Coens‘ latest picture. Although the latter is hardly mentioned therein, fans of either should notice commonalities in their respective humor, intents, and scopes, even past the obvious fact of being set at movie studios. If nothing else, keep these in mind as a very fine double-feature to hold at home.

For more Coen-related material, give a listen to their interview on the Empire Podcast‘s latest episode. It starts at about the 45:45 marker and lays bare Hail, Caesar!‘s DNA — including, among other things, some amusing on-the-record comments about Dolph Lundgren‘s brief appearance — and certain particulars of their working process. Best of all: more news about the long-gestating Barton Fink sequel, Old Fink.